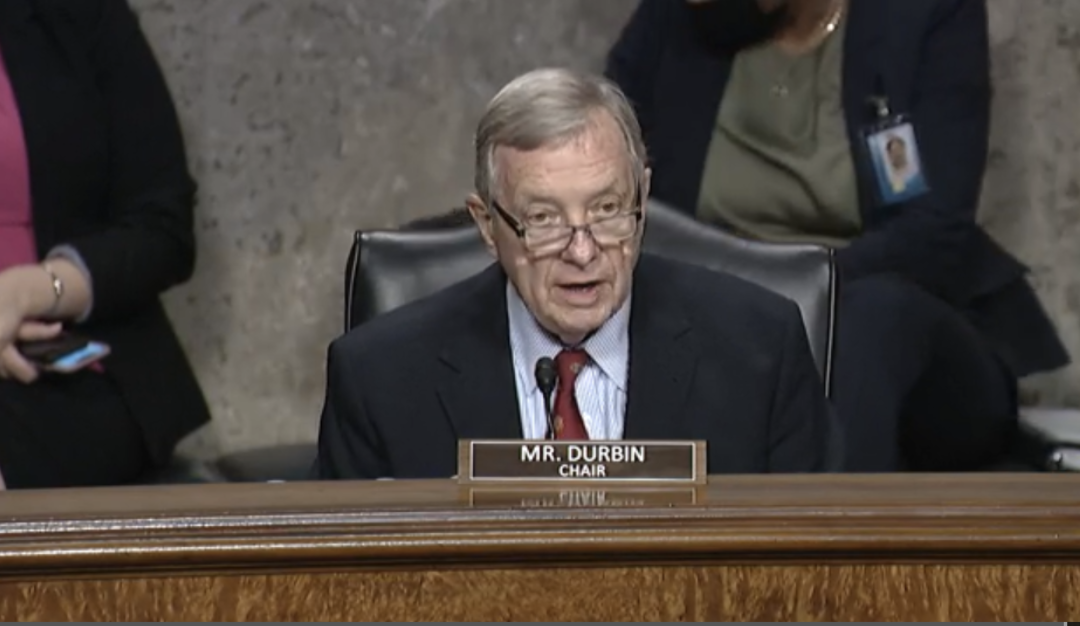 Senate Democrats and Republicans accused one another of playing partisan politics with voting rights at a Senate Judiciary Committee hearing on Wednesday.

Lawmakers, government officials and election experts met to discuss the John Lewis Voting Rights Advancement Act, which would reform how and when voting laws can be changed. But the focus shifted early on to a debate over states’ rights, critical race theory, and COVID-19 masking requirements.

Named in honor of late Rep. John Lewis, the bill would reimplement requirements from the 1965 Voting Rights Act, which the Supreme Court overturned in 2013. The landmark decision reenacted rules for certain states to obtain federal preclearance before changing their voting laws.

Sen. Chuck Grassley, the committee’s ranking member, said the measure would limit state authority over elections and instead give control to partisan federal players.

“The unfortunate reality is that this hearing is another attack on the Supreme Court, and this bill is yet another attempt at federal takeover of state and local elections,” said the Republican senator from Iowa. “It wrestles control of elections away from the state and into the hands of the Biden-Harris Department of Justice and partisan lawyers backed by dark money groups.”

Sen. Ted Cruz, R-Texas, then admonished Kristen Clarke, the assistant attorney general for the Civil Rights Division of the Department of Justice, for what he perceived as a partisan perspective.

“When you testified before this committee, you both [she and Attorney General Merrick Garland] promised to be nonpartisan and impartial,” Cruz said. “I’m sorry to say that I think neither of you have lived up to that promise.”

Democratic senators likewise accused Republicans of partisanship for their lack of cooperation on what they said has typically been an issue with bipartisan support.

“As the lead sponsor of the John Lewis Voting Rights Act, I am alarmed by the toxic partisan rhetoric around restoring the Voting Rights Act,” said Sen. Patrick Leahy, D-Vt. “For decades, since I’ve been here in the Senate, Republicans and Democrats came together to strengthen this law and so I can’t understand the partisan rancor that is going on with it right now.”

In response, Clarke said she believes partisanship has no place in the enforcement of the Voting Rights Act.

“I am here today to sound an alarm,” she made clear. “For the Justice Department, restoring and strengthening the Voting Rights Act is a matter of great urgency.”

DOJ blocked more than 3,000 discriminatory voting laws using the preclearance requirements under the 1965 law, Clarke said. Following the high court’s decision, the federal government has been forced to use case-by-case litigation to block these laws, which can be costly, time-intensive and resource-intensive, she added.

Ken Cuccinelli, chairman of the National Transparency Initiative, argued against the legislation.

“Democrats would like to impose a federal preclearance requirement nationwide — suggesting access to voting is actually worse today than it was in 1965,” said Cuccinelli, who served as acting deputy secretary of the Department of Homeland Security under former President Donald Trump.

Rep. Terri Seweel, D-Ala., the bill’s original sponsor and a close friend of Lewis, said “Wednesday’s hearing represents a major step forward in the fight to restore the full protections of the Voting Rights Act of 1965.”

“When bad state actors go amok, the federal government must have the authority to step in and protect access to the ballot box for all Americans,” she continued.

As the measure remains under consideration, moderate and progressive Democrats have already come together to work on passage of a separate bill intended to enact national standards for voting.