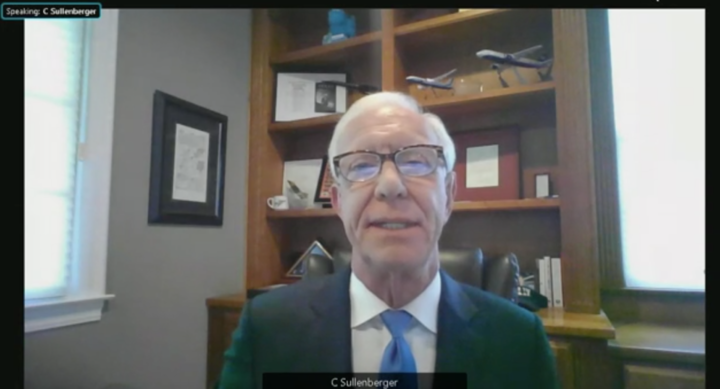 WASHINGTON – After much delay, nominees before the Senate Foreign Relations Committee appeared before lawmakers last week to discuss everything from global aviation security to support for overseas family planning funding that includes medical guidance about abortions.

Capt. C.B. “Sully” Sullenberger, President Biden’s pick to represent the United States in the International Civil Aviation Organization (ICAO), said that incidents such as the forced landing of Ryanair flight 4978 that took place in May pose a threat to airspaces internationally.

“We should be pulling every lever necessary to hold accountable those responsible for this act,” Sullenberger said. If confirmed for his position, he said his first priority would be to involve other ICAO member states and allies to push for an investigation into the matter.

Flight 4978 was forced to divert course on May 23 from its original destination, Lithuania, to Belarus, due to a bomb threat conveyed by the Belarusian transport ministry.

Air traffic controllers ordered the Ryanair pilot to do an emergency landing in the Belarusian capital of Minsk. Though the plane was closer to Vilnius in Lithuania, a Belarusian MiG-29 jet was sent into the airspace to escort it to Minsk.

The forced landing led to the arrest of journalist Roman Protasevich, a Belarusian dissident and vocal critic of the government. Western countries heavily criticized the diversion and Ryanair Chief Executive Michael O’Leary labeled it a “case of state-sponsored hijacking.”

When questioned by Democratic Sens. Chris Van Hollen of Maryland and Jeanne Shaheen of New Hampshire about what steps ICAO could take to address and prevent such instances, Sullenberger proposed sanctions on those involved. He referred to Article 88 of the ICAO charter, which allows for the suspension of voting powers of any member state that violates its responsibilities. Sullenberger said steps should be taken to hold the Belarus minister of Transport and the Air Navigation Commissioner accountable. 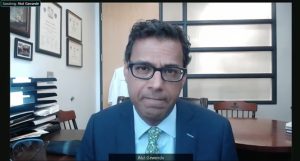 In addition to Sullenberger, the committee heard testimony from seven other Biden nominees, including Dr. Atul A. Gawande, the president’s choice to head the Bureau for Global Health at the United States Agency for International Development.

“I know that you have described abortion as a woman’s right to choose. I’m pro-life. I would like to hear whether you think USAID funding should go to support abortion in foreign countries,” said the South Dakota Republican.

“I’m very clear. Congress makes the laws. USAID is not permitted to fund abortion [and] I’m committed to continuing to comply with the laws and regulations that pertain here,” Gawande told the senator. 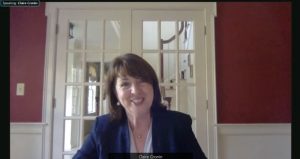 Senators expressed few concerns when questioning Rep. Claire D. Cronin, the president’s nominee to become ambassador to Ireland. Several asked whether she could anything to nudge the country into signing off on the 15% tax rate proposed by the Organization for Economic Cooperation and Development (OECD)

Cronin said that, if confirmed, she would facilitate dialogue between Irish government officials and U.S. tax experts.

The committee has held fewer than expected nomination hearings to advance Biden’s foreign policy and national security team in large part because holds placed on the nominees by Sen. Ted Cruz, R-Texas. As a result, the confirmation process has fallen drastically behind in schedule when compared to Biden’s three predecessors.

“Our [objective] is to get these folks through the hearing process as quickly as possible,” said Van Hollen, who chaired the hearing.