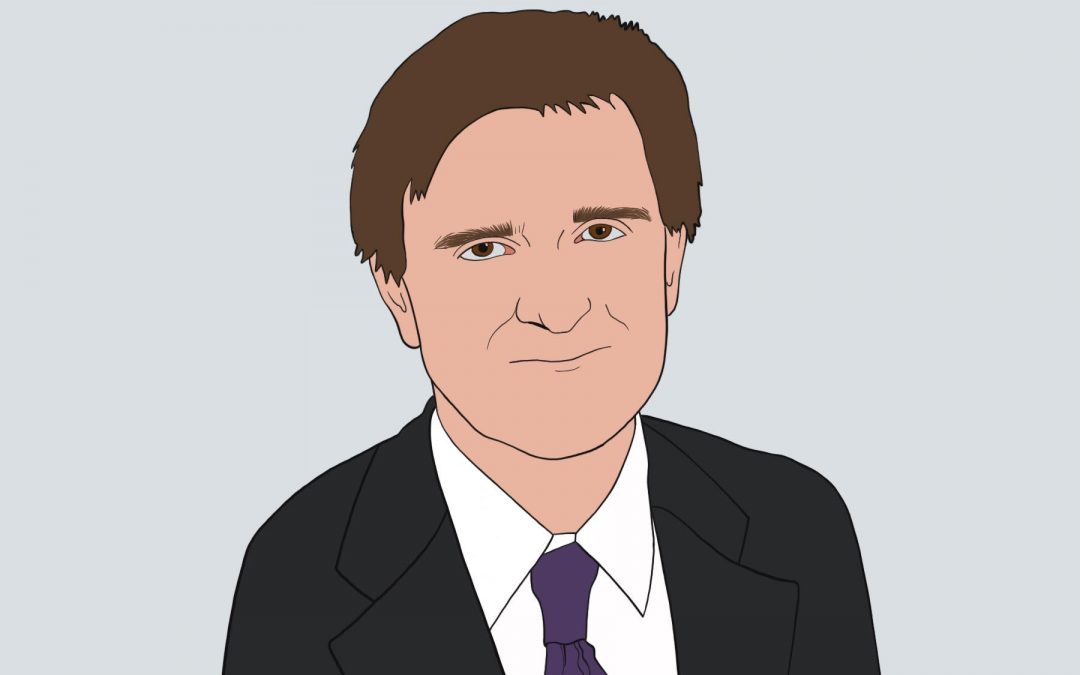 James O'Brien, a State Department veteran, was nominated by the White House this week to serve as the the coordinator for sanctions policy. (Illustration by Cristobella Durrette/Medill News Service)

WASHINGTON — In a sign the Biden administration may be nearing the end of its review of the government’s sanctions strategy, the White House this week announced the nomination of a State Department veteran to oversee the office, which coordinates policy with the Department of the Treasury.

James O’Brien is no stranger to working in Foggy Bottom. He held various positions beginning in 1989, serving under two administrations as a special presidential envoy. Most recently, he coordinated hostage affairs between the department and the White House.

The sanctions office, established in 2013 by former Secretary of State Hillary Clinton, aimed at coordinating policy between the State and the Treasury Department. The office remained operational until 2017, when then-Secretary of State Rex Tillerson disbanded it and allocated its responsibilities to a different office, according to coverage by Foreign Policy at the time.

Congress revived the office in December, mandating its re-establishment with a provision tucked inside the nearly 6,000-page stimulus bill. Under the new law, the next coordinator will resume working alongside Treasury on U.S.sanctions policies.

The administration’s sanctions review is projected to be completed sometime this fall.