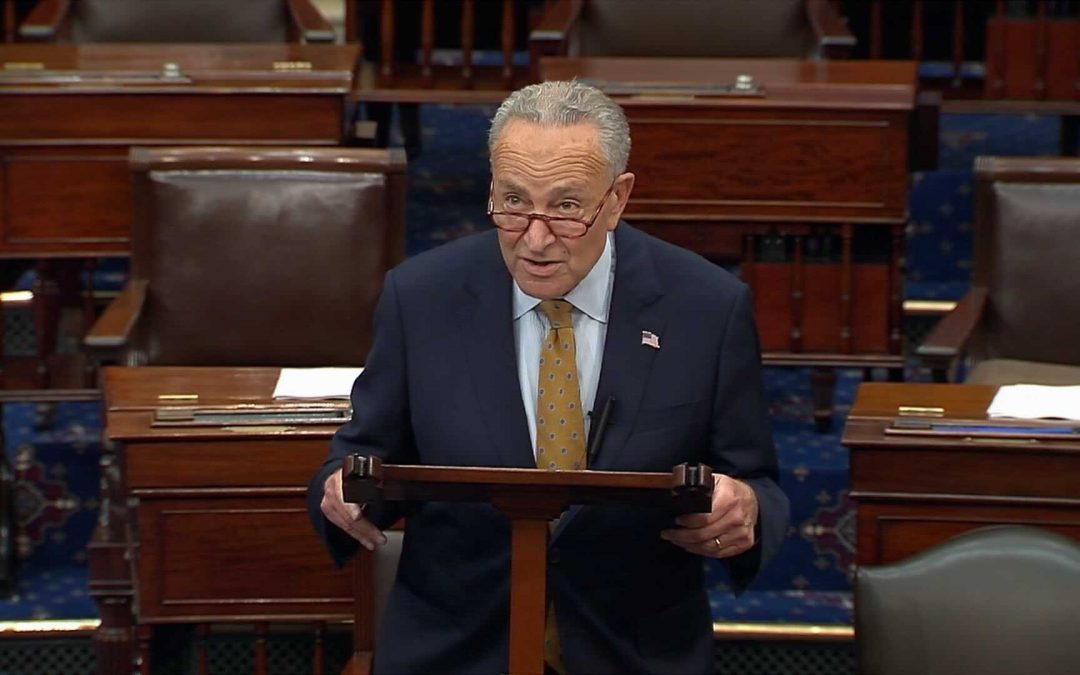 WASHINGTON — Senate Majority Leader Chuck Schumer announced Thursday that he has reached a short-term agreement with Minority Leader Mitch McConnell to extend the debt limit through early December, clearing a path for Congress to avert default just 11 days before the deadline.

“It’s our hope that we can get this done as soon as today,” Schumer, D-N.Y., said on the Senate floor.

The agreement would permit a $480 billion increase to the debt limit — the minimum amount the government needs to pay its bills through Dec. 3, according to the Treasury Department. Treasury Secretary Janet Yellen warned lawmakers in late September that a default on U.S. debt would cause a “financial crisis,” resulting in widespread job losses and a recession.

Schumer and McConnell’s deal temporarily defuses partisan tensions over how to raise or suspend the debt ceiling before their Oct. 18 deadline. Republicans had previously demanded Democrats address the debt limit through a time-consuming budgetary process called reconciliation.

After negotiating through the night, party leaders agreed to extend the debt limit through regular order on the Senate floor, which will require 60 votes to pass.

“The majority didn’t have a plan to prevent default, so we stepped forward,” McConnell, R-Ky., said Thursday on the Senate floor. “The Senate is moving toward the plan I laid out yesterday to spare the American people a manufactured crisis.”

Schumer made his announcement the morning after McConnell released a statement on Twitter,  explaining his decision to compromise with Democrats on the extension.

“To protect the American people from a near-term Democrat-created crisis, we will also allow Democrats to pass an emergency debt limit extension at a fixed dollar amount to cover current spending levels into December,” wrote the minority leader.

President Biden said on Tuesday that Democrats were considering a one-time change to the Senate filibuster rule — which requires a supermajority to advance legislation — to bypass Republican opposition to the debt limit extension.

The president called the tactic “a real possibility,” stirring up conversations about potential repercussions in such a closely divided Senate. McConnell, who opposes eliminating the filibuster, issued his statement the following day.

Congress must address the debt limit again in December to prevent the U.S. from defaulting on its debt for the first time in history. The new deadline coincides with the government funding deadline Congress set last week.