WASHINGTON –– Easing age limits on truckers’ driver’s licenses, reducing barriers on international trade, and creating incentives for retired persons to rejoin the workforce topped the solutions suggested by small business owners and government officials in a hearing on Wednesday to discuss the challenges posed by supply chain disruptions.

“It is a complex system, our supply chain. There’s no magic solution,” said Rep. Dean Phillips, D-Minn. “We have to make investments: long-term, strategic, thoughtful and intentional, by both Democrats and Republicans.”

The discussion followed President Biden’s announcement last week that the Ports of Los Angeles and Long Beach would move toward a 24/7 operation cycle, a change, he said, that would enable them to carry out an additional 60 hours per week of the receipt and transportation of goods.

However, small business owners such as John Fowke, who operates a housing construction company, told lawmakers the challenge for businesses like his is not so much the transportation of goods, but the production of goods.

Fowke said the constant inflation and fluctuation in prices affect every level of the housing industry, and have made housing affordability a huge dilemma for potential owners as they are unable to get a proper estimate of their expenses.

“To identify the cost of the house is almost impossible. Therefore, the entry level home buyer is being pushed out of the market,” Fowke said. 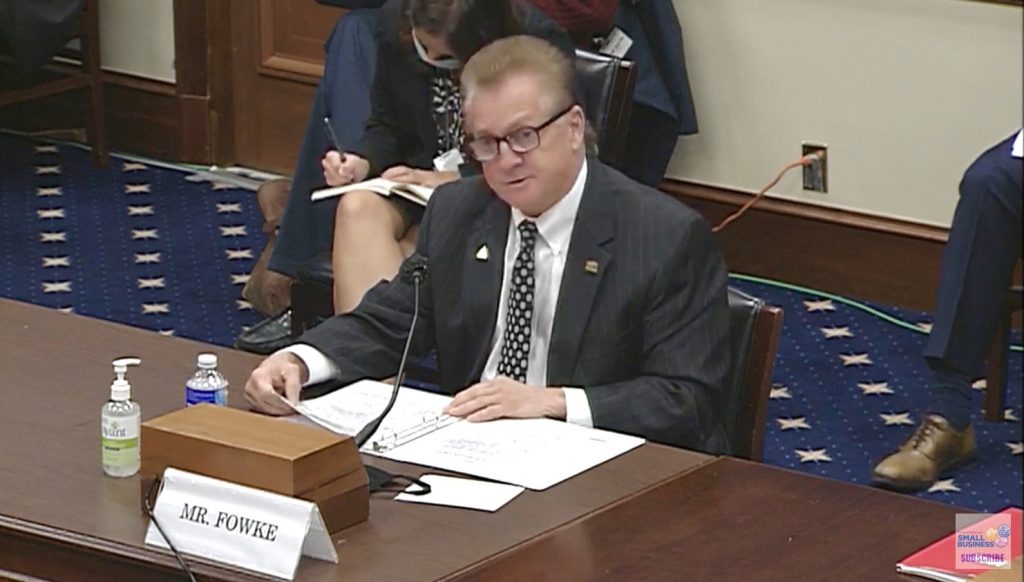 During the hearing, business owners and lawmakers alike supported the passing of the DRIVE-Safe Act, a bipartisan bill introduced earlier in the year that would allow for drivers, aged 18 to 21, to obtain a trucker’s license as part of an apprenticeship program.

Rep. Kweisi Mfume, D-Md., echoed this notion, but also said lawmakers would have to be proactive in terms of incentives, including better wages and welfare benefits.

Small Business Committee Chairman Dean Phillips, D-Minn., said the pandemic had exposed pre-existing issues that lay in the country’s supply chain system, which needed to be addressed. He said that the move to make ports on the west coast operate on a 24/7 basis would help pute the U.S. on equal footing with other international economies that already relied on ports operating around the clock.