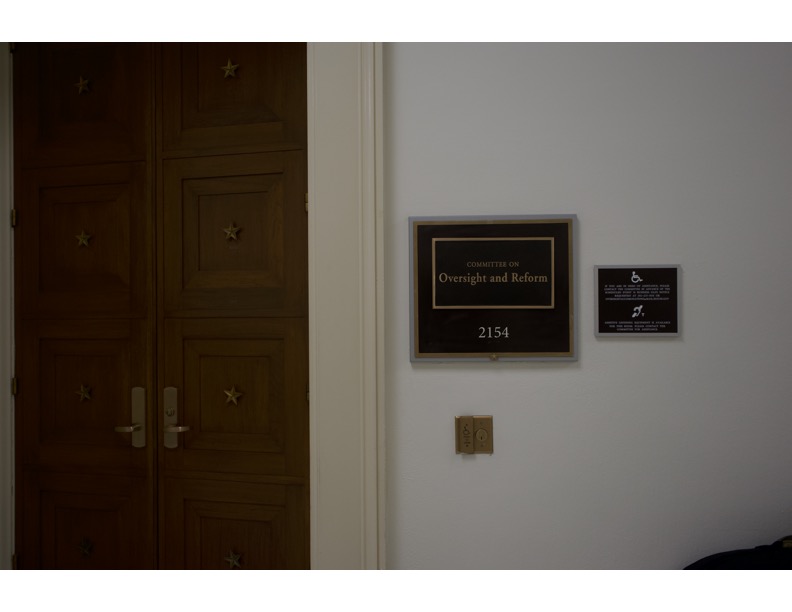 Members of the House Committee on Oversight and Reform questioned oil executives under oath on their companies' role in spreading doubt about the reality of climate change over a period of decades. (Cristobella Durrette/MNS)

WASHINGTON — Big Oil executives on Thursday denied under oath any inconsistency between their companies’ public messaging on climate change and their scientists’ internal findings on the role of fossil fuels as a leading cause of global warming.

Oil industry leaders appeared before the House Committee on Oversight and Reform to answer questions about whether their companies have intentionally spread disinformation about the reality of climate change in order to influence political action to reduce fossil fuel emissions.

Their appearance before the panel marks the first time that oil executives have appeared before Congress to provide sworn testimony on this topic.

Chairwoman Carolyn B. Maloney grilled the executives about their companies’ roles in spreading climate disinformation, drawing parallels between today’s proceedings and the tobacco hearings of the 1990s that exposed the health dangers of smoking.

“I was hoping that you would be better than the tobacco industry and would come out with the truth,” Maloney said.

She added: “They are obviously lying like the tobacco executives were.”

Ranking member James Comer, R-Ky., lambasted his Democratic colleagues for calling the hearing in the first place, while he said the nation faces manifold other issues.

“This hearing is just a distraction from the crises the Biden administration policies have caused for the American people,” Comer said.

Chairwoman Maloney and Rep. Ro Khanna, D-Calif., called the hearing after the release of a video secretly recorded by Greenpeace UK earlier this year. The video shows ExxonMobil lobbyist Keith McCoy saying that the company fought climate science through “shadow groups” and that the company’s public support for a policy to level a price on carbon emissions was merely an “easy talking point.”

“This isn’t about partisanship, it’s about getting at the truth,” Khanna said.

The California Democrat took aim at the oil companies’ support of lobbying groups like the American Petroleum Institute, which sent its own representative to appear before the committee. Khanna said the oil giants undermined their commitments to reducing emissions by aligning with lobbying groups that reject climate science or work to stop the passage of climate policies like electric vehicle subsidies.

“I don’t believe you purposely want to be out there spreading climate disinformation. But you’re funding these groups and they’re really having an impact,” Khanna said, addressing the oil executives. “You could end that lobbying. Would any of you take the opportunity to look at API and say, ‘stop it’?”

Khanna’s question was met with silence.

None of the representatives indicated that their company would be cutting ties with API anytime soon. The committee’s investigation is also far from over.

“We are at the beginning of this investigation,” Maloney said. “We will not stop until we get to the truth. If we need to call the CEOs back to testify again, we will.”