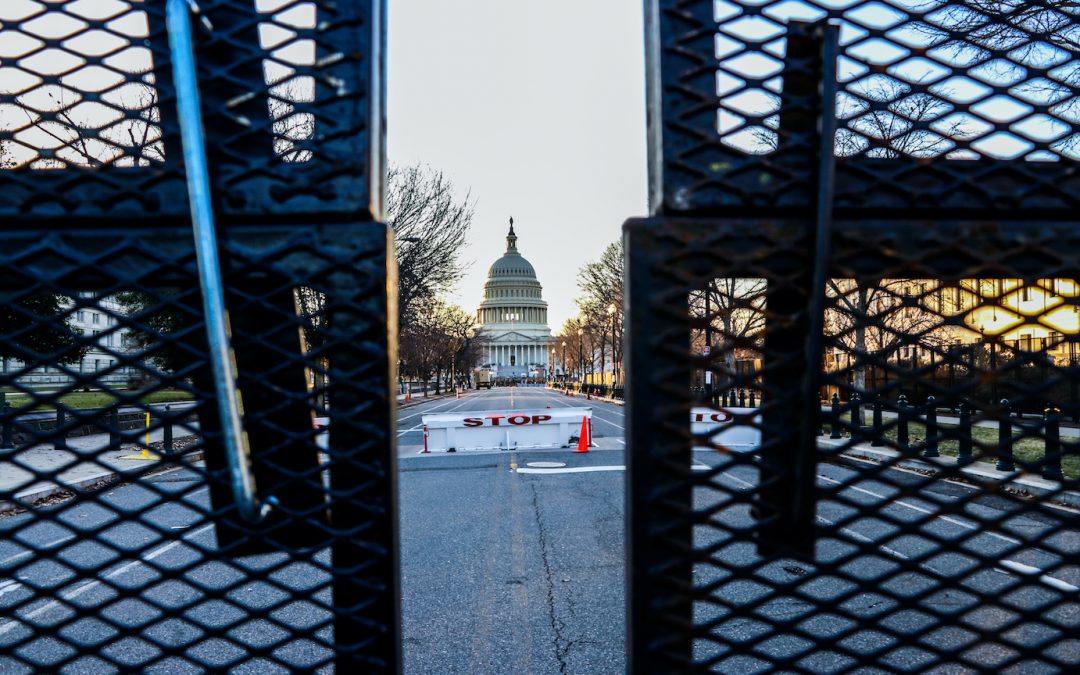 The Capitol complex was secured by military, police and newly installed fencing on Jan. 7, 2021, the day after a violent mob attempted an insurrection during Congress’s approval of the Electoral College votes making Biden’s win of the presidency official. Jan 13, 2021. [Katie Livingstone/Medill News Service]

“[Attorneys for the National Archives and House select Jan. 6 committee] contend that discovering and coming to terms with the causes underlying the January 6 attack is a matter of unsurpassed public importance because such information relates to our core democratic institutions and the public’s confidence in them,” U.S. District Court Judge Tanya Chutkan wrote. “The court agrees.”

The former president filed a lawsuit in October to prevent the National Archives from releasing records to the committee investigating the Jan. 6 insurrection. His attorney claimed the records were protected by executive privilege, even as President Biden refused to assert the privilege over the documents.

Trump filed a procedural motion on Monday night in an attempt to pre-empt the ruling by asking for an emergency stay to prevent the National Archives from turning over the documents.

Chutkan rejected that motion and the original argument made by Trump’s attorneys that the former president’s assertion of executive privilege could override that of the current president.

“His position that he may override the express will of the executive branch appears to be premised on the notion that his executive power ‘exists in perpetuity,’” said Chutkan, who sits on the U.S. District Court for the District of Columbia. “But Presidents are not kings, and (Trump) is not President. He retains the right to assert that his records are privileged, but the incumbent President ‘is not constitutionally obliged to honor’ that assertion.”

Chutkan noted that the records request by the House panel was very broad, but added that it was not outside its legislative purview. Given the committee’s assumption that the Jan. 6 insurrection was the result of a “months-long groundswell,” she said it seems reasonable that the committee would need to investigate decisions and documentation going back before the attack itself.

“‘To be a valid legislative inquiry there need be no predictable end result,’” Chutkan wrote in the 39-page opinion. “In fact, the Committee need not enact any legislation at all. … Nor is it problematic that some requests might ultimately return records that are “irrelevant,” or “impertinent” to its stated goals.”

The House select committee set a Nov. 12 deadline for the National Archives to release the records. However, Trump’s attorneys have already appealed Tuesday’s decision to the U.S. Court of Appeals for the D.C. Circuit.