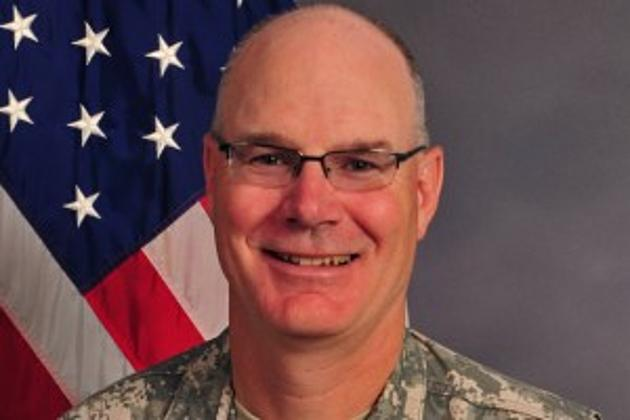 WASHINGTON – U.S. Army Major John Donovan was twice deployed to combat zones in Iraq in the years following the terrorist attacks on September 11, 2001 before retiring from active duty in 2018. Donovan is also a former substance abuser with over 40 years of sobriety under his belt.

Speaking on a webinar addressing substance abuse issues in the military Thursday, Donovan spoke of   his struggles with addiction and offered advice to veterans living with or recovering from substance abuse disorders.

“One of the most profound ways in which I’ve been able to maintain my sobriety is to give it away,” Donovan said. “When my tour ended and I came back home, I started volunteering right away at the [local] VA office, holding meetings once a month.”

Donovan is the co-founder and director of the Recovery Community Network, a nonprofit in central Minnesota dedicated to bolstering the area’s community of those in recovery. He’s spent the last several years lecturing across the country on his experiences with substance use disorder and how he’s maintained more than four decades in recovery.

Four board members at the Recovery Community Network served in the military, and a focal point of the organization is to provide services to veterans through peer to peer meetings. The organization maintains a staff member specifically dedicated to those who served, secured through a grant from the state of Minnesota.

At the Center of Addiction & Faith-hosted webinar Thursday, Donovan said it’s crucial for veterans struggling with addiction to find a sense of purpose when they leave the service and reenter daily life.

“One of the things that I have found that is so helpful in working with our men and women who have served in the armed forces is impressing upon them task and purpose, task and purpose,” Donovan said. “It’s the fundamental thing that we learn when we come into the military. This is your task, and this is why you’re doing it.”

The Covid-19 pandemic worsened what was already an epidemic of substance use disorders in the United States. More than 93,000 people died of drug overdoses in the United States in 2020, the largest number of drug-related deaths ever recorded in a year, according to the Centers for Disease Control and Prevention.

Among veterans, the issue is worse. Nearly two-thirds of veterans experience some sort of chronic pain, putting them at higher risk for developing opioid use disorder or other substance abuse disorders, according to research from the National Institute on Drug Abuse.

The overall opioid overdose rates of veterans increased to 21% in 2016 from 14% in 2010, according to that same NIDA research. That percentage is likely higher now, as the lethal synthetic opioid fentanyl has become more widespread throughout the country, causing higher rates of overdose and death among opioid users.

Donovan stressed the importance of creating spaces dedicated to providing veterans struggling with substance abuse disorders with the resources to seek the help they need. Only about half of returning service members in need of treatment for mental health actively seek care, according to the American Addiction Centers.

“A true warrior is somebody who knows his or her limitations, and can seek out assistance for them,” Donovan said. “Sometimes the best thing you can give [veterans] is the space to talk.”