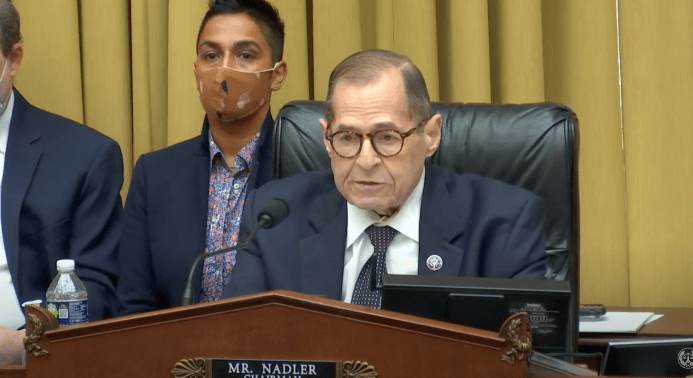 WASHINGTON — Lawmakers reached a moment of consensus on Tuesday during a House Judiciary Committee hearing: Forced arbitration clauses in employment contracts can be harmful to sexual assault victims.

Lawmakers introduced a bill in July to eliminate forced arbitration for disputes related to sexual abuse and are likely to pass a bill with bipartisan support out of committee on the need for the change.

Forced arbitration is often found in the fine print of employment contracts. If harmed by their company, workers under forced arbitration clauses have to solve disputes through a private arbitration rather than through a public trial in court. Arbitrations are used as an alternative to a trial process as a less expensive and faster way of resolving disputes.

“We all understand the benefits that arbitration provides, however if the arbitration system is not functioning properly, and is being used to stifle individual rights, we have an obligation to fix it,” Rep. Jim Jordan, R-Ohio, said.

Several witnesses during the hearing said people who face sexual assault in the workplace are harmed significantly by forced arbitrations. They said arbitration limited their legal options and constrained them from speaking about the issue to anyone besides the private arbitrator.

Four of the witnesses, including actress Eliza Dushku, are survivors of sexual harassment and assault who hadn’t been able to share their experiences because of forced arbitration. The witnesses were only able to speak Tuesday because they were subpoenaed by the committee.

“I’ve worked as an actress since I was a child and signed countless contracts negotiated on my behalf, but never understood that there were mandatory arbitration clauses that would be used to keep what had happened to me a secret and would protect CBS and the sexual harassment perpetrator who had blatantly retaliated against me for trying to stop the harassment in my workplace,” Dushku said.

The House is considering the bill, H.R.4445, Ending Forced Arbitration of Sexual Assault and Sexual Harassment Act of 2021. On Wednesday, the committee is expected to complete a markup on the bill and could vote and pass the bill onto the full House. Its companion bill in the Senate was advanced out of committee to the full Senate with unanimous support last week.

Forced arbitrations are used in the workplace to solve non-sexual harassment disputes, as well. However, this bill would only eliminate forced arbitration for disputes of a sexual nature.