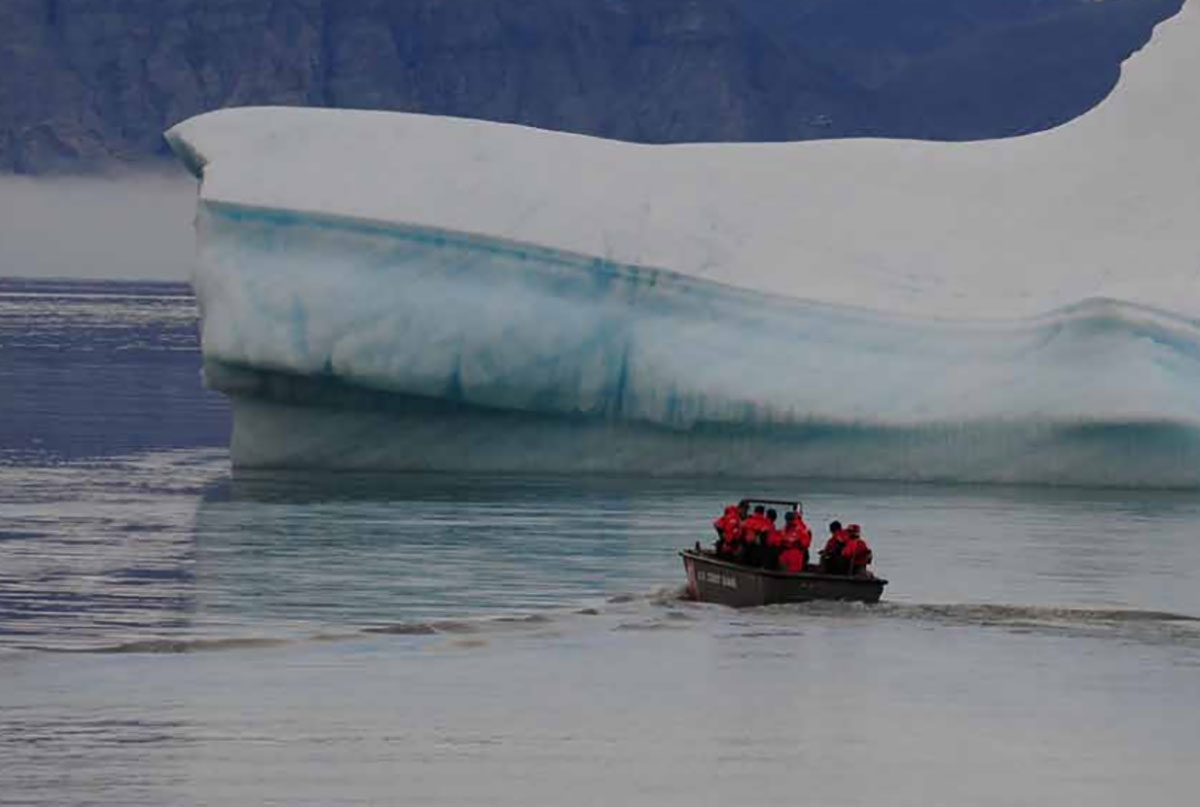 Climate change has amplified tensions between the United States, Russia and China as global temperatures rise, ice sheets melt and new territory and sea lanes in the Arctic region are opened up. (Photo courtesy of U.S. Coast Guard)

WASHINGTON — When it comes to power and positioning in the Arctic, the United States trails behind Russia, regional experts told lawmakers on Tuesday.

“Our presence in the Arctic is late to the game,” said retired Coast Guard Admiral Paul Zukunft. “Russia has de facto established itself as a regional hegemon.”

Zukunft, who previously served as the highest-ranking member of the Coast Guard, added that Moscow is “almost thumbing their nose at any effort we make.”

U.S. initiatives in the region are predominantly headed by the Coast Guard, which embarks on maritime missions through the icy waters. Although Washington’s role in the Arctic is often overlooked, the United States has been an Arctic power for over 150 years, starting with the acquisition of Alaska from Russia in 1867.

The admiral testified alongside several Arctic experts before a House Foreign Affairs subcommittee in a hearing focused on the national security implications of climate change in the Arctic.

Russia and the United States have long competed in the region, but climate change has exasperated existing competition, with China joining the fray and declaring itself a “near-Arctic power.”

Throughout the past decade, Moscow and Beijing have increasingly sought to bolster their power in the region through military investments. Meanwhile, Washington has been slow to make similar investments, Zukunft explained.

“We’re waking up but we’re a little bit late to that wake-up call,” Zukunft said, calling for an Arctic strategy that is more than a “skeleton.”

When lawmakers asked for tangible recommendations, Zukunft pointed toward increased bandwidth for communications and infrastructure as well as icebreakers, which are instrumental for Arctic navigation.

Icebreakers are large ships that can cut through thick sheets of ice. They are frequently used to carry supplies for military and scientific missions, as well as break up ice to create clear pathways for other boats.

The U.S. Coast Guard currently has two ships within its icebreaking fleet, one of which is over three decades old. In contrast, Russia’s fleet employs over 40 icebreakers of various sizes and strengths and Moscow plans to build more over the next decade.

China, meanwhile, operates a smaller fleet of two icebreakers, but has plans to expand its capabilities and has indicated an interest in developing a nuclear-powered icebreaker.

Although the United States authorized funding last year as part of the 2021 National Defense Authorization Act (NDAA) for six new icebreakers, it will take years until they are fully operational.

The specifics of the Biden administration’s plans for the Arctic are still being negotiated as part of the 2022 NDAA, but some members in Congress have indicated support for adding to the United States’ icebreaker fleet. However, rather than sending the ship up the Arctic, others in Congress have floated the idea of acquiring an icebreaker to use domestically in the Great Lakes.