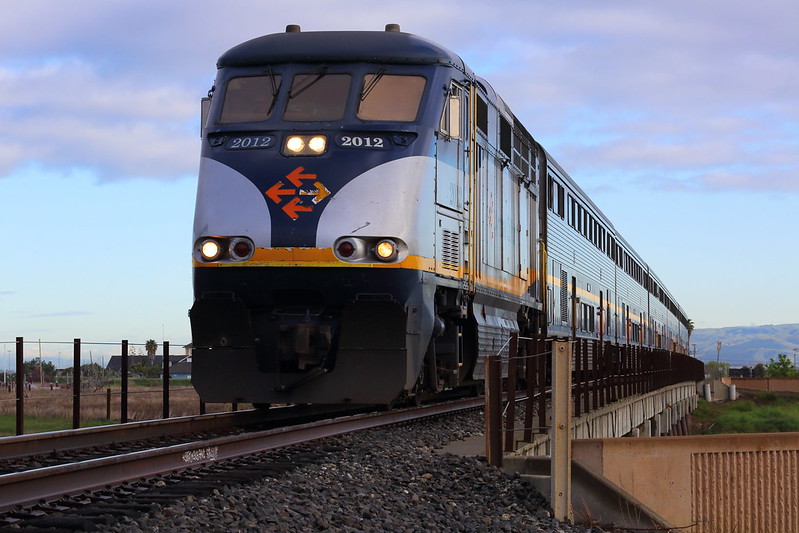 WASHINGTON – The $1.2 trillion infrastructure bill passed by Congress on Friday will pour billions of dollars into the country’s passenger rail, freight rail and at-grade railroad crossings, helping to replace outdated rail equipment and improve safety and mobility throughout Washington and Idaho.

The measure – held up for months due to Democratic infighting – includes about $550 billion in new funding for roads, bridges, internet and rail, among other infrastructure-related investments. About $66 billion of the funding will go toward Amtrak for passenger rail improvements, making it the largest investment in the rail service since it was founded 50 years ago.

Provisions in the bill that require Amtrak to continue providing rural services and to study services that have been discontinued over the years are of particular interest to the Northwest, said Charles Hamilton, the co-executive director of All Aboard Washington, a nonprofit advocacy group.

The North Coast Hiawatha and the Pioneer rail services, both of which ran from Chicago to Seattle via different routes before being discontinued, could fall into this category of services given a second look, Hamilton said. He added that they are hoping to see some services restarted.

To give a picture of the current situation, Hamilton said Spokane now sees two trains a day, both in the middle of the night . He said he hopes this funding could help increase service to the area.

Hamilton added that the funding could also be used to update old rail equipment.

“If you haven’t been on a train for a while, one thing that you should be aware of is that the equipment is old,” he said. “Most of the equipment that you see going through Spokane – if you get up at 1:30 in the morning to see it go through – is that some of that equipment goes back to the 1980s and it’s not in the greatest of shape.”

Hamilton said American railroads are behind the times.

“While it doesn’t have to be zoom, zoom superfast Shinkansen-type equipment like they have in Japan or in Europe, even with the current railroad tracks that we have,” he said. “We can do a lot better with better equipment.”

Incidents at these railroad crossings account for 30% of railroad deaths, according to a report released by Cantwell. Additionally, trains stopped at these crossings can block roads for hours each day and lead to congestion, the report said.

“I feel like there’s not a time that I don’t come to Spokane and turn on the news and there’s a story about an accident or something related to an at-grade crossing in the area,” Cantwell said in an interview with The Spokesman-Review.

Cantwell and her fellow Democratic senator from Washington, Patty Murray, voted in favor of the bill, as did Sens. Mike Crapo and Jim Risch from Idaho, who were among the 19 Republican senators who joined Democrats. Reps. Cathy McMorris Rodgers, R-Wash., and Russ Fulcher, R-Idaho, voted against it in the House.

Even as the infrastructure bill heads to President Joe Biden to sign, Hamilton said it may take a while for people to feel the effects of these rail investments.

“You have to understand that it’s not going to be instantaneous,” he said. “It’s going to be a while before the funding trickles down to where it needs to go.”