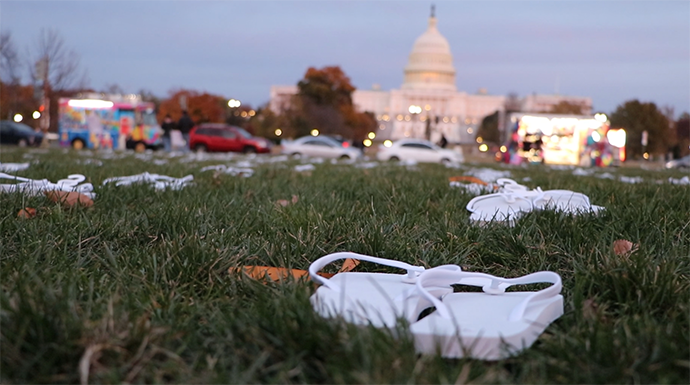 3,000 pairs of flip flops were displayed on the National Mall to honor those killed in the Philippines during President Duterte's drug war. (Jeannie Kopstein/Medill News Service)

WASHINGTON — Activists placed thousands of pairs of flip flops on the National Mall last weekend to protest Philippine President Rodrigo Duterte’s war on drugs that has resulted in more than 30,000 extrajudicial killings in the country.

Demonstrators also lobbied for the passage of the Philippine Human Rights Act, which is currently held up in Congress. Support for the act remains in question due to the long-standing alliance between the Philippines and the United States that could be put in jeopardy by the provisions of the bill.