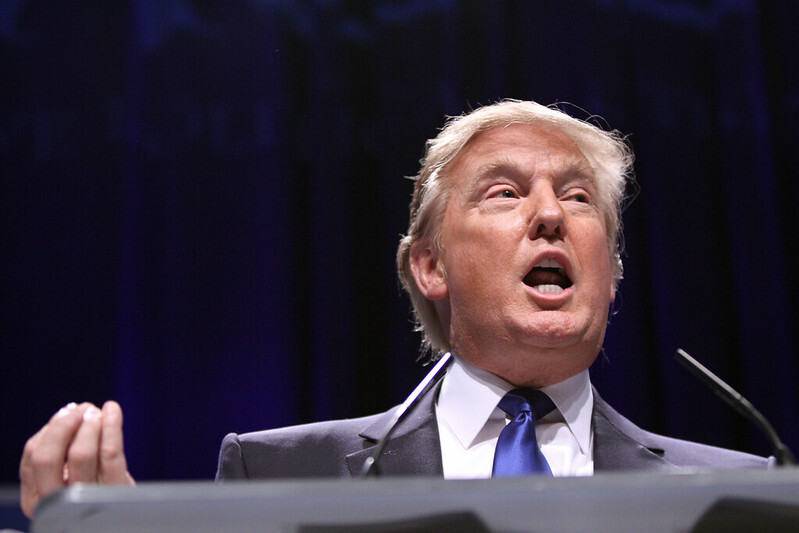 WASHINGTON – Former President Donald Trump praised Rep. Elise Stefanik, R-N.Y., as a “rising star” in the Republican Party and potential presidential contender at a fundraiser he hosted for her at his Florida resort Tuesday evening that Stefanik said raised $3.2 million for her campaign and other GOP congressional candidates.

“Man, is she moving fast,” Trump said of the 37-year-old congresswoman. “That means, at this rate, she’ll be president in about six years.”

Trump once again hinted at a second presidential run in 2024 and encouraged Stefanik to follow in his footsteps.

Priced at up to $25,000 a ticket, the Mar-a-Lago fundraiser drew New York high rollers and others to Palm Beach at the start of a critical election year for both parties, with Republican lawmakers hoping to regain control of the House. The party needs to capture at least five seats from Democrats in November to retake the House majority after four years as the minority party.

“The ability to have a successful fundraiser like Trump is a very big draw for candidates and party leaders,” said Douglas Weber, a senior researcher at the nonprofit research organization OpenSecrets, which tracks data on campaign finances. “That makes him very important to anyone in a competitive district.”

Earlier in the day Tuesday, Stefanik filed her fourteenth proxy letter of this congressional term, granting Rep. Dan Meuser, R-Pa., the authority to vote on behalf of her constituents. She cited “the ongoing public health emergency” as the reason for her absence from Washington.

Stefanik’s campaign office did not respond to the Times Union’s request for comment.

“She’s always been a friend,” Trump said of Stefanik, who is running for a fifth term. “She goes to Washington as a young, beautiful woman who took over and, all of a sudden, she becomes a rocket ship. She’s the boss.”

Stefanik has routinely voted along party lines, championing herself as a GOP loyalist and Trump ally, while sponsoring legislation to strengthen border security and immigration restrictions. She ranks as the 13th highest fundraiser among incumbent House congressional candidates, as of Sept. 30, according to OpenSecrets.

“That’s quite impressive for somebody who’s not a party leader, and it suggests her race is considered important by a lot of people,” Weber said.

Campaign fundraising is neck and neck between Democrat and Republican incumbents in Congress, which Weber said demonstrates a likelihood that Republicans will regain control of the House.

“[Fundraising] has actually been pretty even,” he said, “which is on the good side for Republicans because, normally, the party that currently controls Congress has the fundraising advantage.”