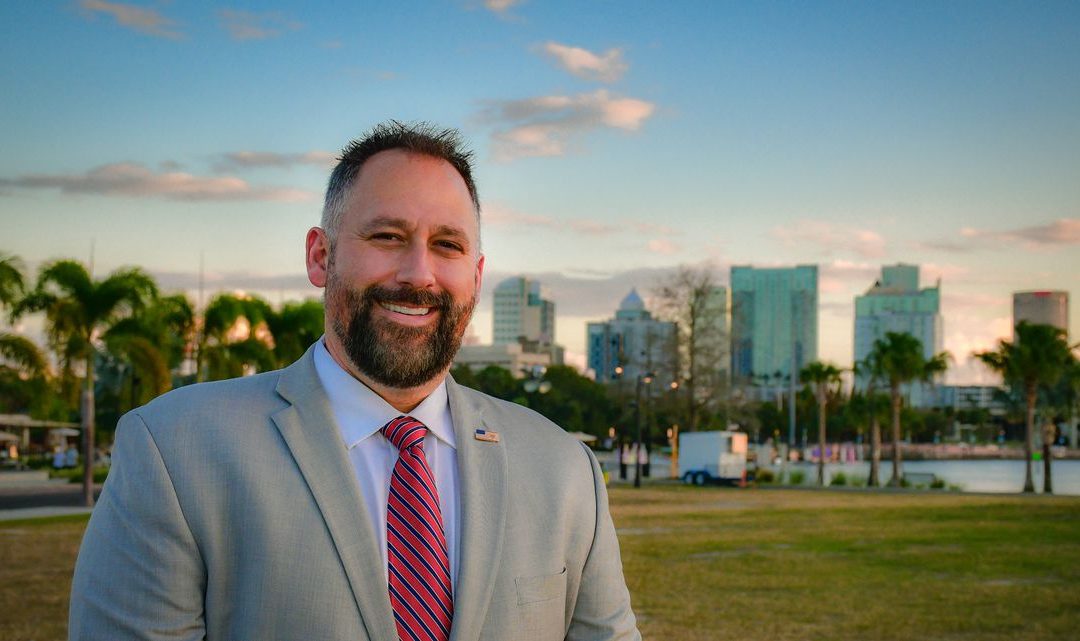 Judge, a Coast Guard veteran who now runs Judge Public Relations in Tampa, is seeking to tout his outsider status against “career politician” Castor, who is running for reelection.

He said he didn’t think Castor has adequately represented veterans or defense issues.

He also railed against what he saw as federal overreach in pandemic restrictions, including vaccine mandates, saying he believes his strong stance on the issue will differentiate him from Castor.

“I was in the military. I’ve had more vaccines than most people could ever dream of,” Judge said, but “we’ve completely gone overboard on the COVID thing.”

Judge, 37, is perhaps best known locally for his work with the Skyway 10k, a charity race that benefits the Armed Forces Families Foundation.

Judge said his campaign has been stymied in part by censorship on social media sites like Facebook, which he said flagged a post of his supporting Kyle Rittenhouse, who was acquitted of criminal charges in the shooting and killing of two people during unrest and protests in Kenosha, Wisc., following the police shooting of a Black man.

Judge so far has two other Republican challengers he’ll have to face in the Aug. 23 primary: Army veteran Jay Collins and Coast Guard Auxiliary member Angel Urbina, who ran unsuccessfully for the state House in 2020.

Urbina brushed off a question Thursday about other Republican challengers, saying he feels good about his campaign reaching Tampa voters and adding that Castor’s decade-long congressional career and her record of supporting Democratic leadership is “the first advantage” in his campaign.

Whoever wins the Republican primary will likely have an uphill battle for the highly Democratic Tampa-based seat. In the 2020 general election, Castor beat Republican challenger Christine Quinn with 60 percent of the votes.

Castor’s campaign did not return voicemails left on Wednesday and Thursday for this story.

The district’s boundaries could change before the 2022 elections because of the once-a-decade reapportionment process.

Judge’s campaign reported having raised over $100,000 since he filed to enter the race in mid-December. Judge said his donations have come from a mix of political parties, including some from friends and family. Castor’s campaign’s latest financial report is not yet available, but as of Sept. 30, it had raised about $335,000.