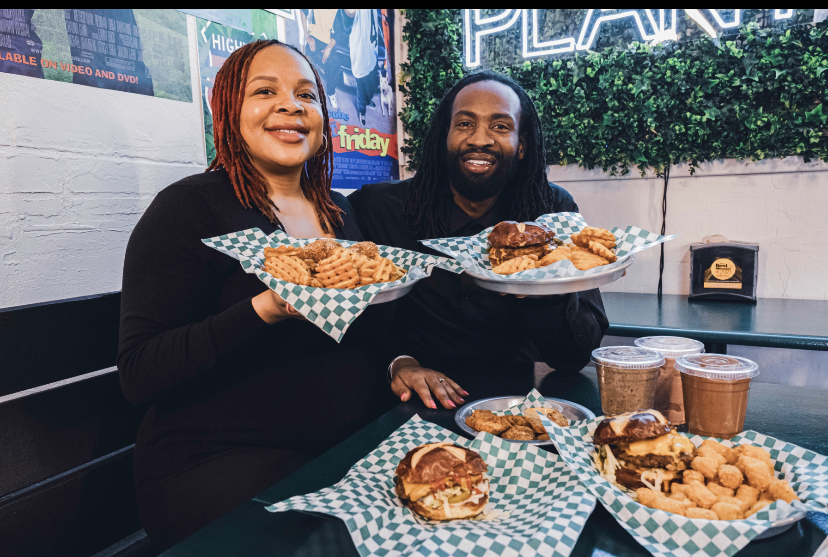 The first time the Twisted Plants food trailer made its appearance on the streets of Milwaukee, the trailer disconnected from the hitch.

The second, the grill tipped over.

That was in 2019, and what began as a food trailer specializing in plant-based comfort food operating on the weekends has become a successful business for co-owners Arielle and Brandon Hawthorne, who this month announced plans to open a restaurant location on Milwaukee’s Brady Street.

Their second location follows the success of their first brick-and-mortar restaurant in Cudahy, Wisconsin – a town of about 18,000 that is just south of Milwaukee. The new location could open as soon as April.

“It’s still kind of unreal that we’re on our second location already,” Arielle Hawthorne told theGrio. “I never imagined that Twisted Plants would have such a huge impact on the community.”

The Twisted Plants food trailer quickly became a success after it hit the streets of Milwaukee in spring 2019. Word quickly spread throughout the community, and more and more people wanted to try their loaded fries, vegan burgers and sandwiches made entirely from plants.

That led the couple to sign a lease for the Cudahy restaurant in March 2020.

“There was a lot of fear just because we didn’t have any true restaurant experience prior to opening,” Brandon Hawthorne told theGrio.

A few weeks later, before they could open their doors to customers, COVID-19 lockdowns began.

The Hawthornes persevered, kept afloat by a staff of friends and family, and a lot of curbside pick-ups.

“The community came out and showed a lot of love,” Brandon said. “We saw people come every week; that’s how I know customers by name. They supported us throughout the whole pandemic.”

She realized that when she went out to eat in Milwaukee, there weren’t many vegan options. As she deepened her knowledge of vegan cooking at home, she knew she wanted to share how delicious plant-based foods could be.

“I’m like, ‘Other people would love this food, especially with there being a shortage of (vegan options) in this area,'” Arielle said.

It’s important to the couple to spread awareness of the benefits of a plant-based diet on the environment and people’s health.

“We educated ourselves by watching videos and reading articles because nobody in our personal lives was even thinking about going vegan or plant-based foods or anything like that,” Arielle said. “We actually introduced a lot of people to that way of eating.”

Community outreach remains high on their priority list. They hope to work with other local businesses that share their views, as well as speak to schools and local organizations about the benefits of a plant-based diet.

“If I had somebody else telling me, ‘No, that’s not the way you have to eat,’ I probably would have switched (to a plant-based diet) a long time ago,” Brandon said.

As business owners who have been navigating the effects of a pandemic on their operations and parents of children ages 10, 5 and 2, the Hawthornes work at remaining positive through hectic times. Their advice: don’t wait to follow your passion.

“If you feel passionate about something, I feel that when you start doing what you’re supposed to be doing, then everything will fall into place,” Arielle said.