Volunteers raise up their grabbers which were supplied by Anacostia RiverKeeper before the cleanup at Pope Branch Park begins Saturday. (Isabel Miller | Medill News Service)

WASHINGTON — Instead of sleeping in on Saturday morning, over a hundred volunteers turned to a day of action in honor of Rev. Martin Luther King Jr. Day.

Volunteers donned red gloves and headed into Pope Branch Park to collect trash––from plastic bottles to mattresses––to honor the late civil rights leader. The event was planned for January 17, but was pushed back due to weather conditions.

This year the total trash collected weighed 11,333 pounds. Last year over 4,600 pounds of trash were removed from the area according to Anacostia Riverkeeper member Trey Sherard. 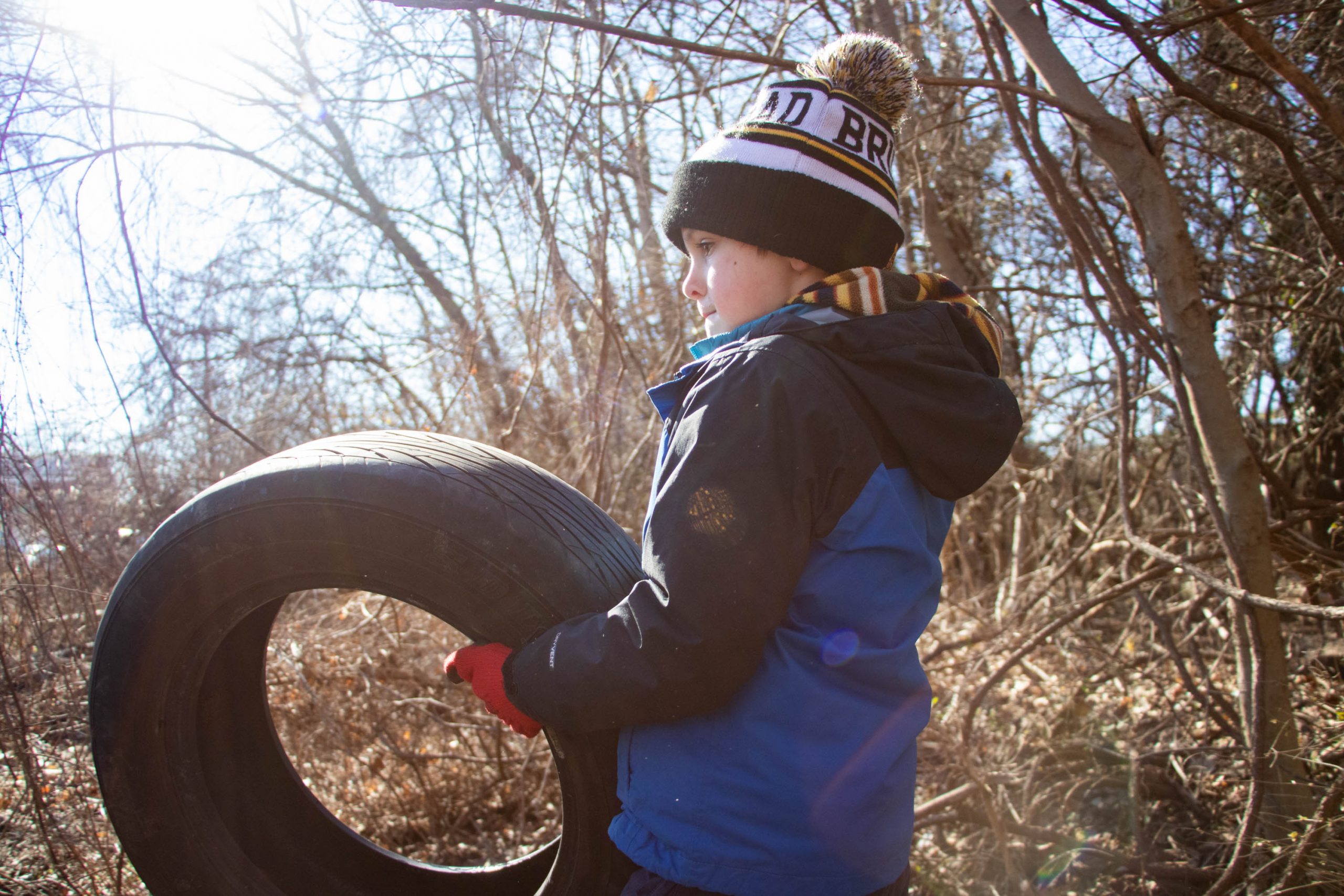 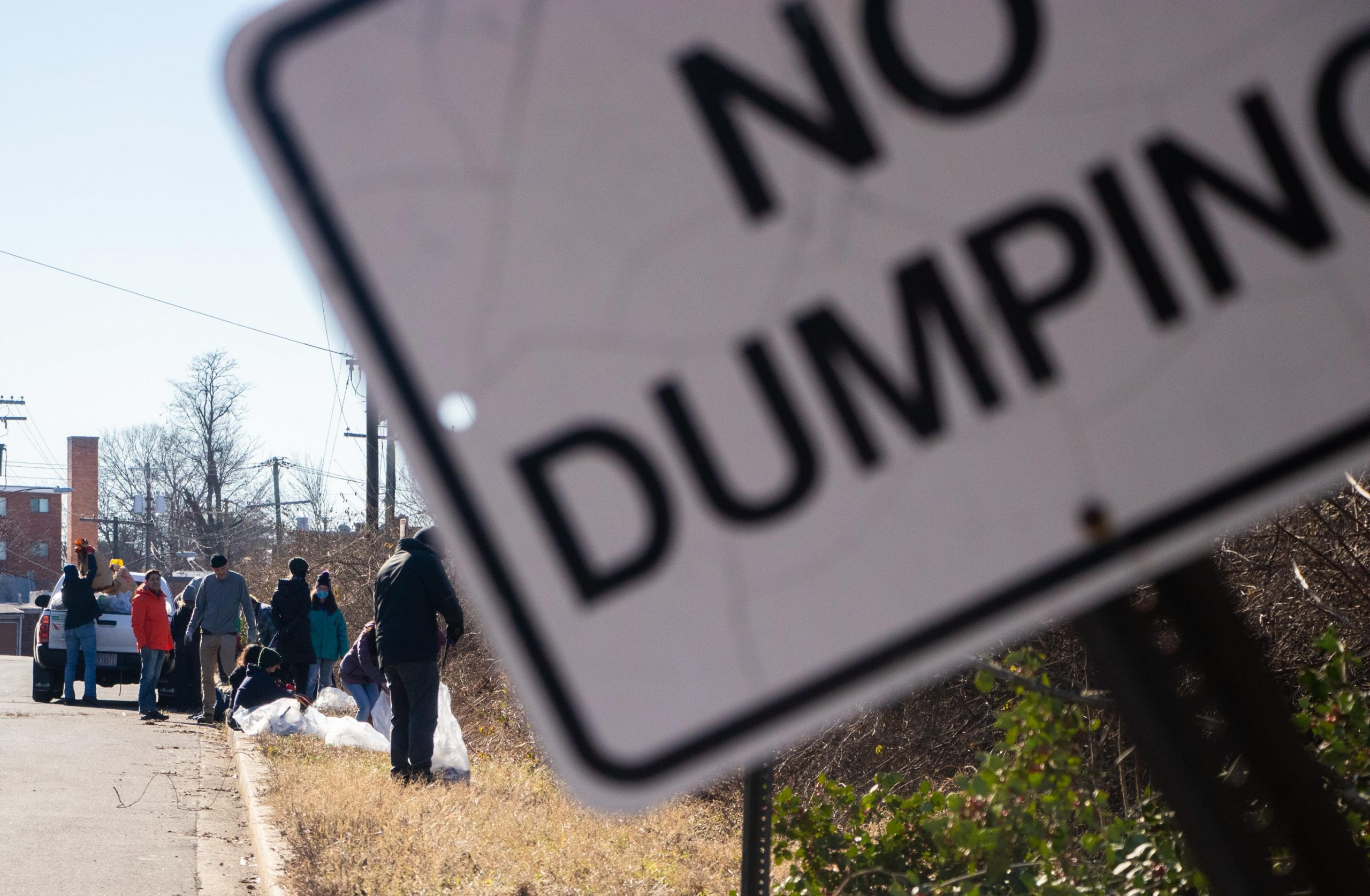 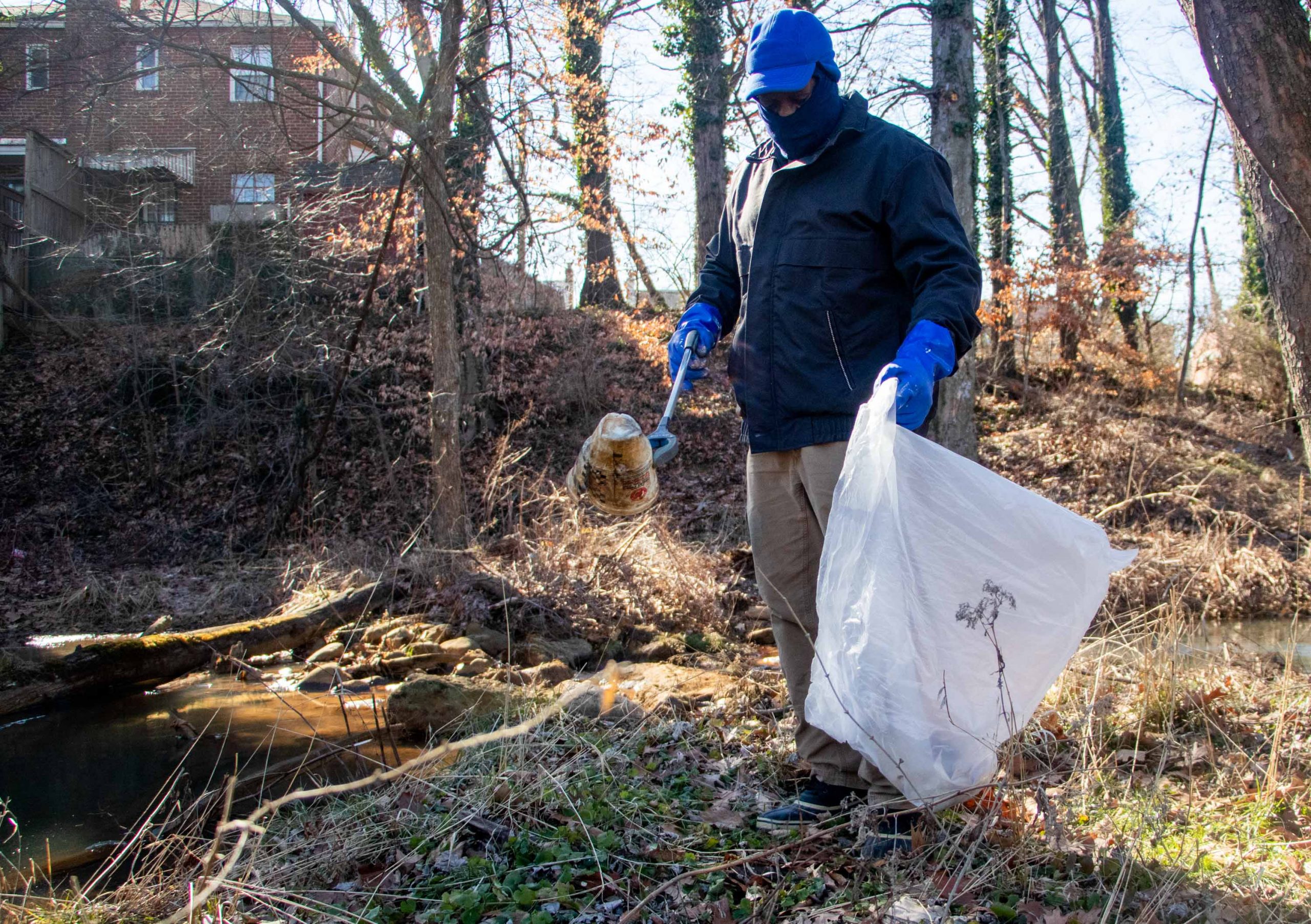 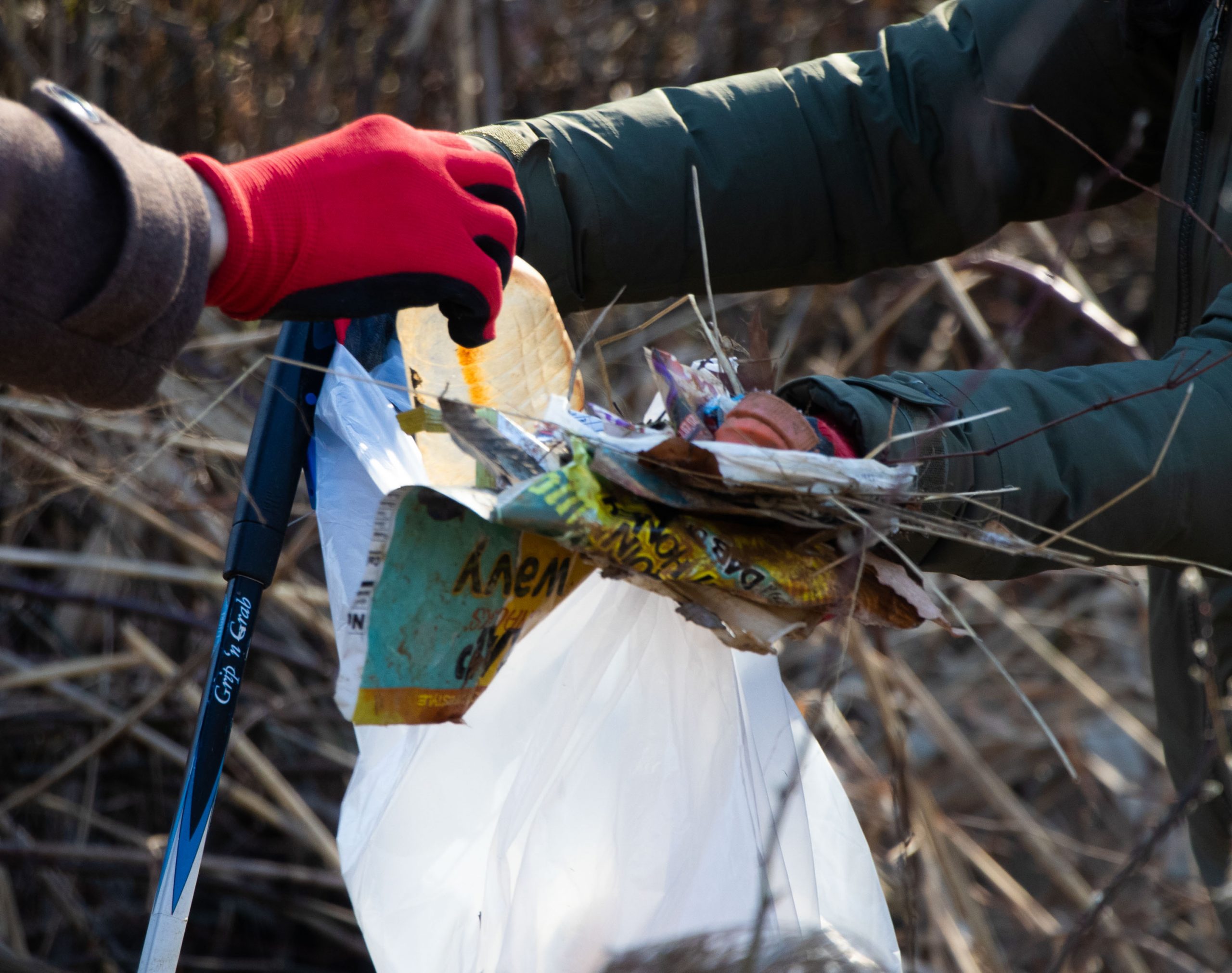 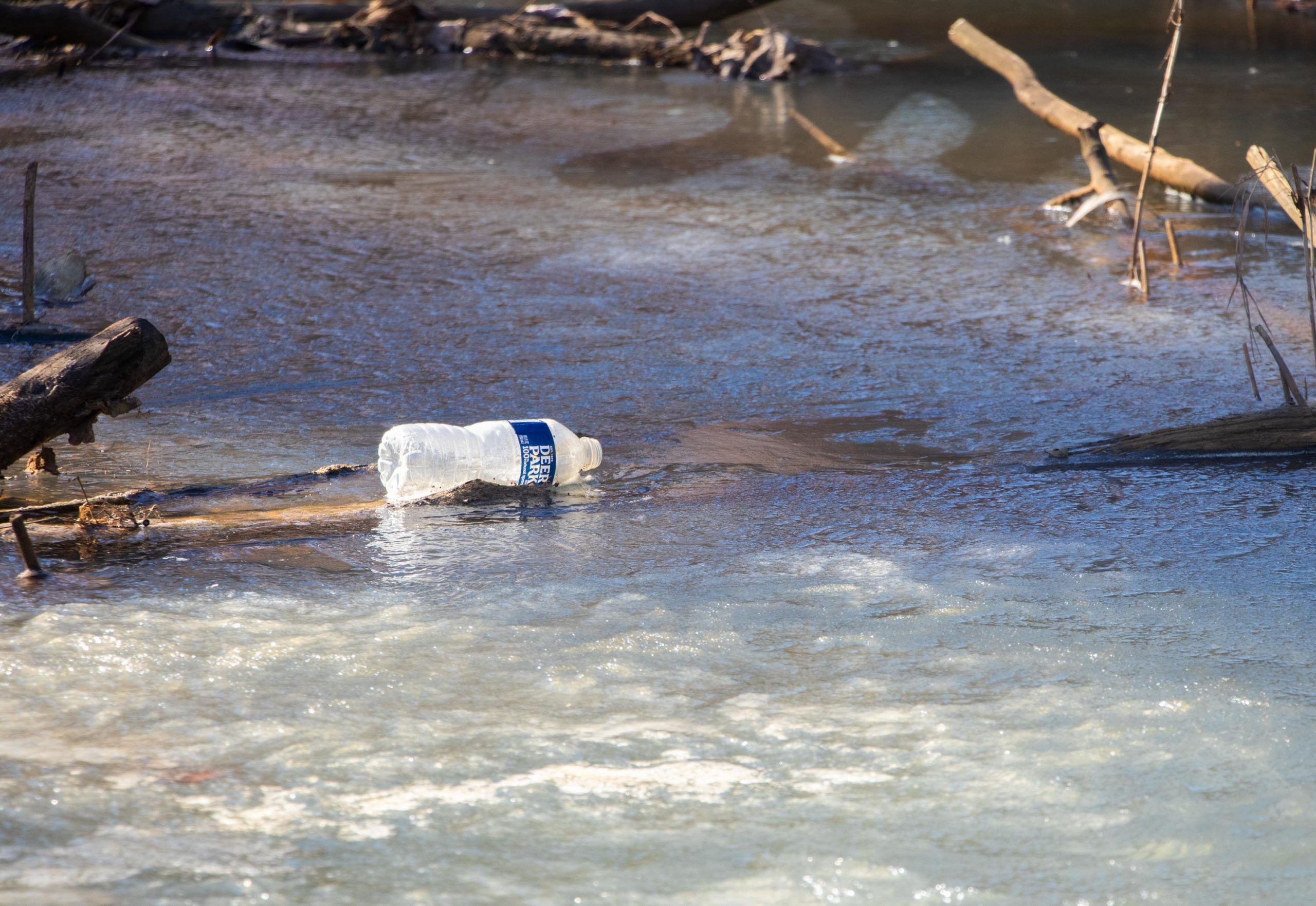 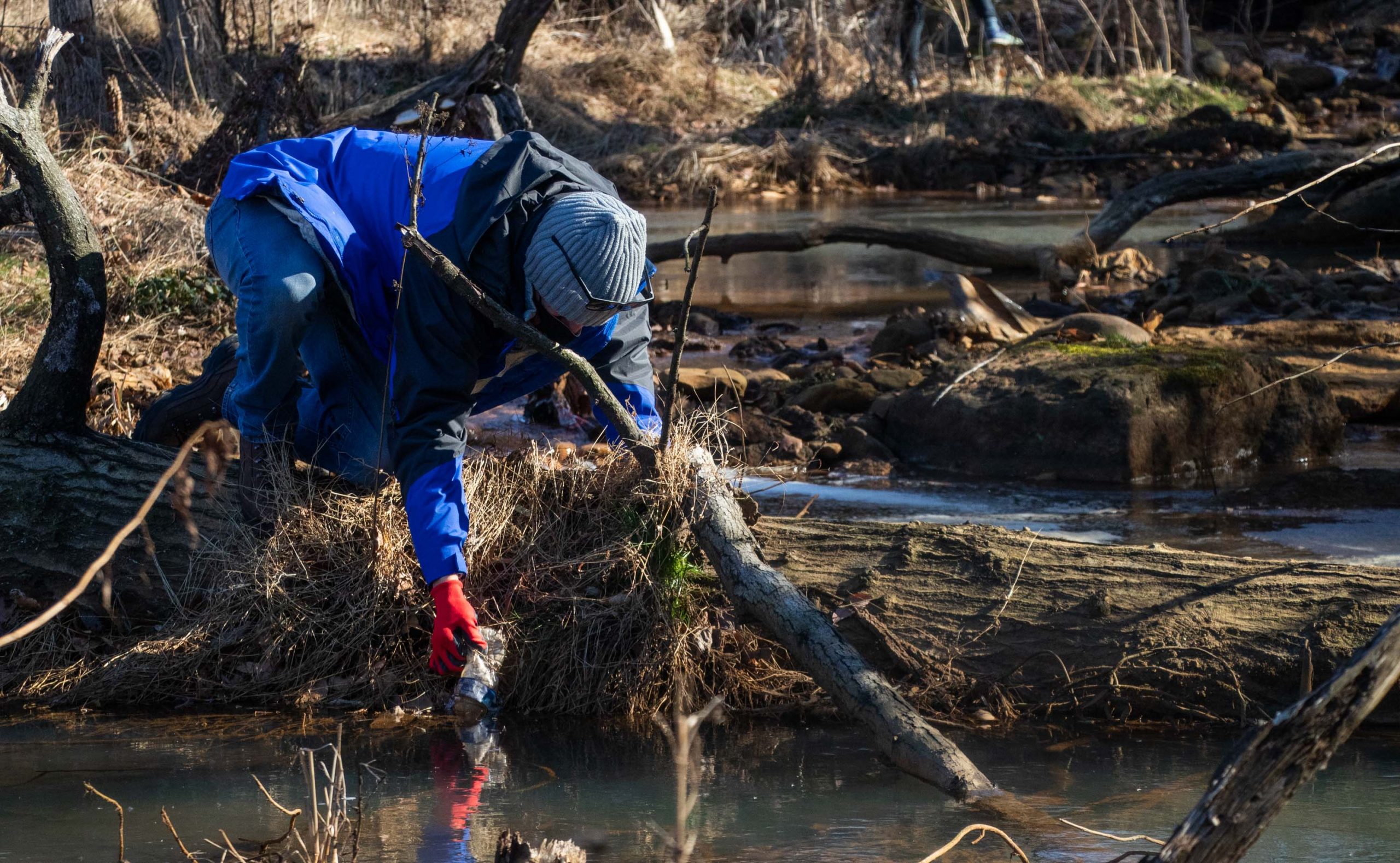 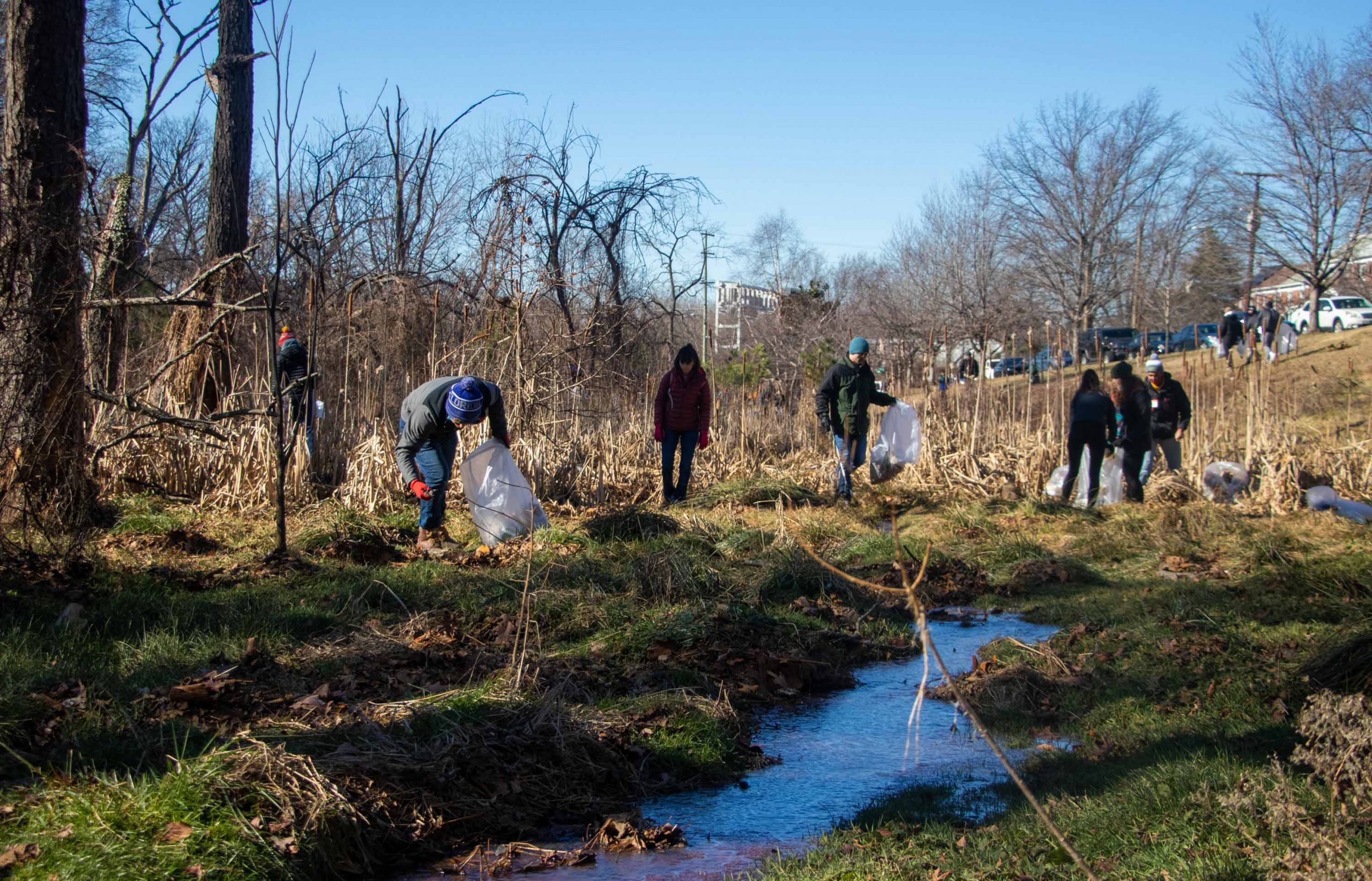 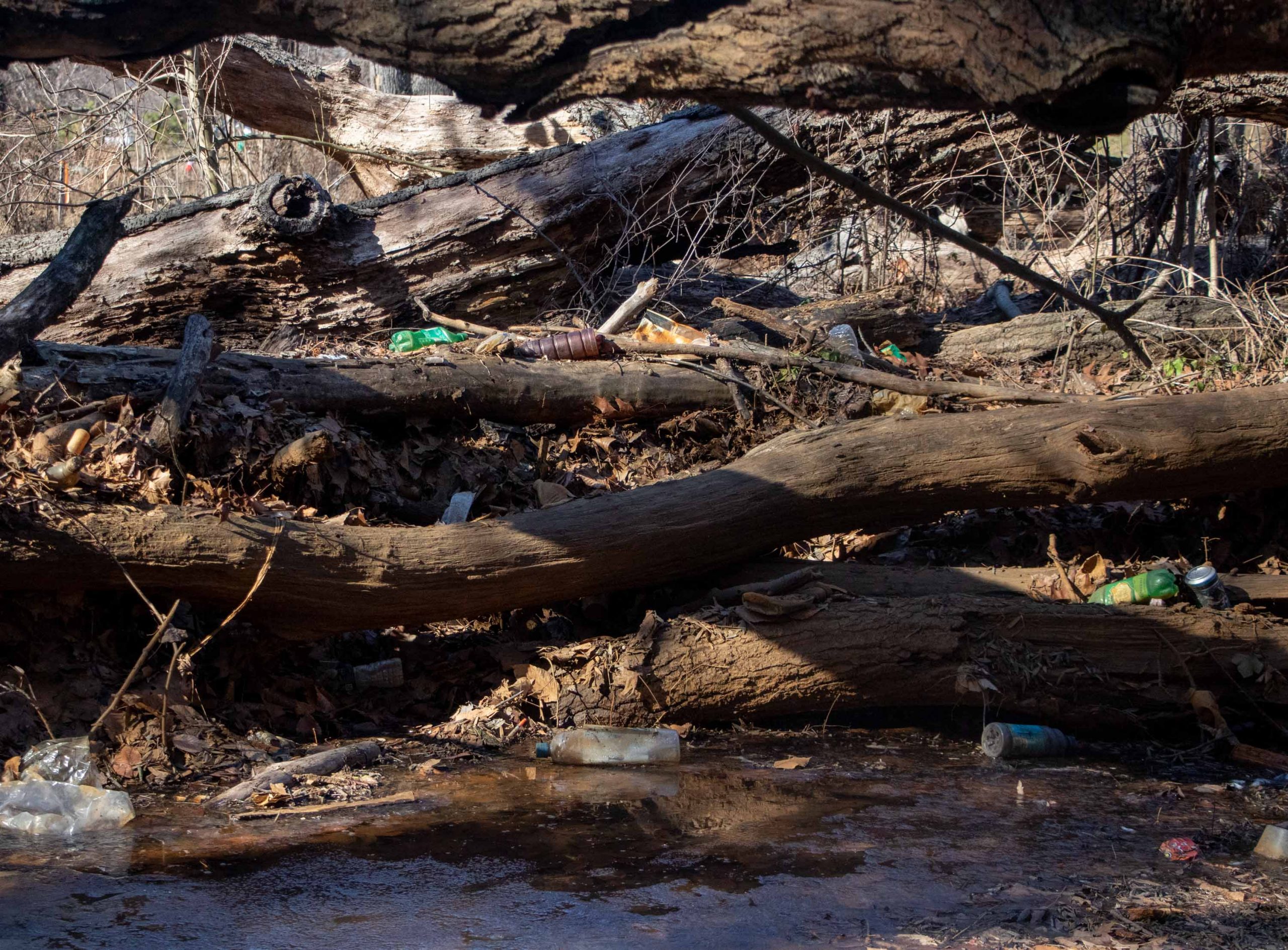 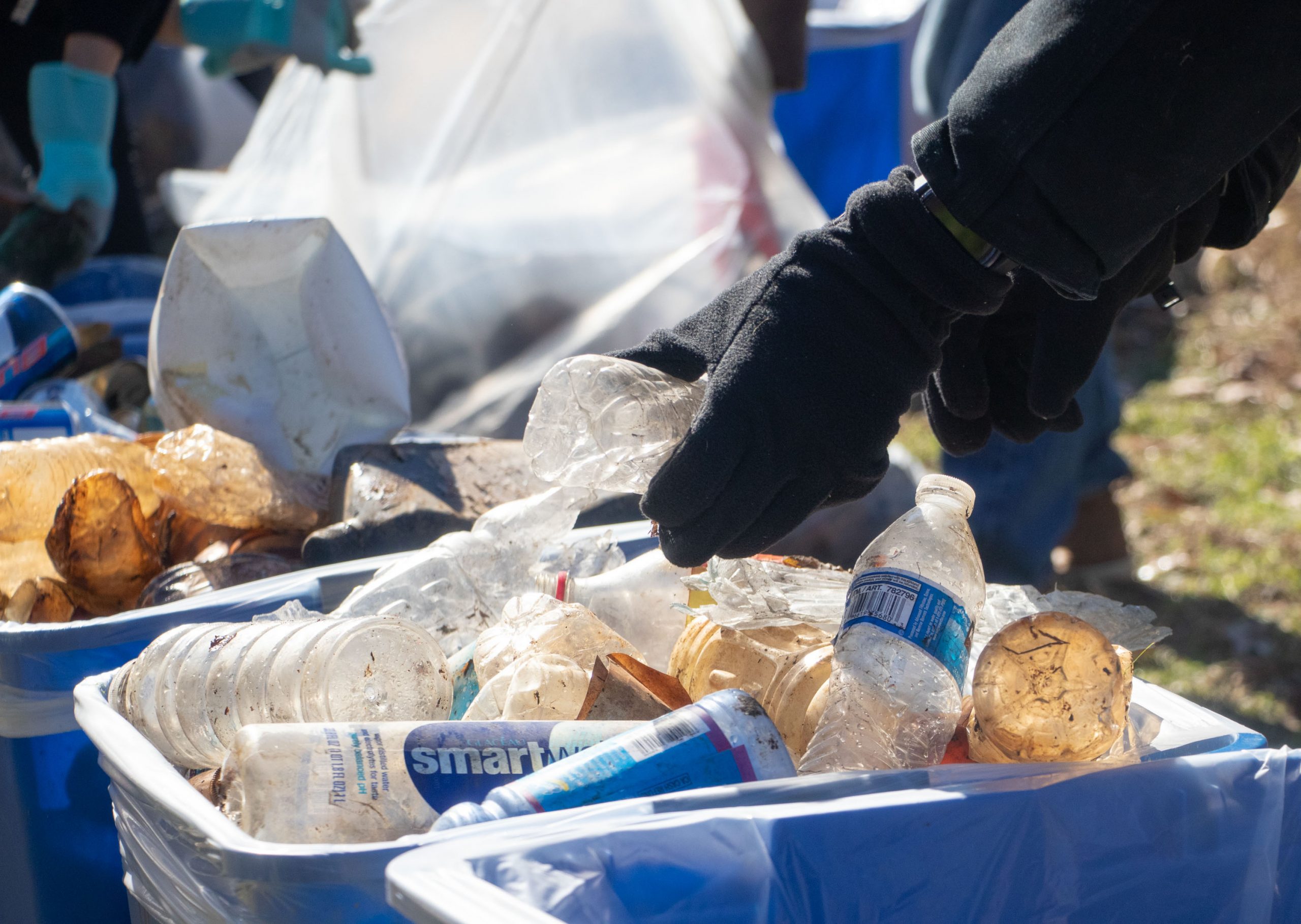 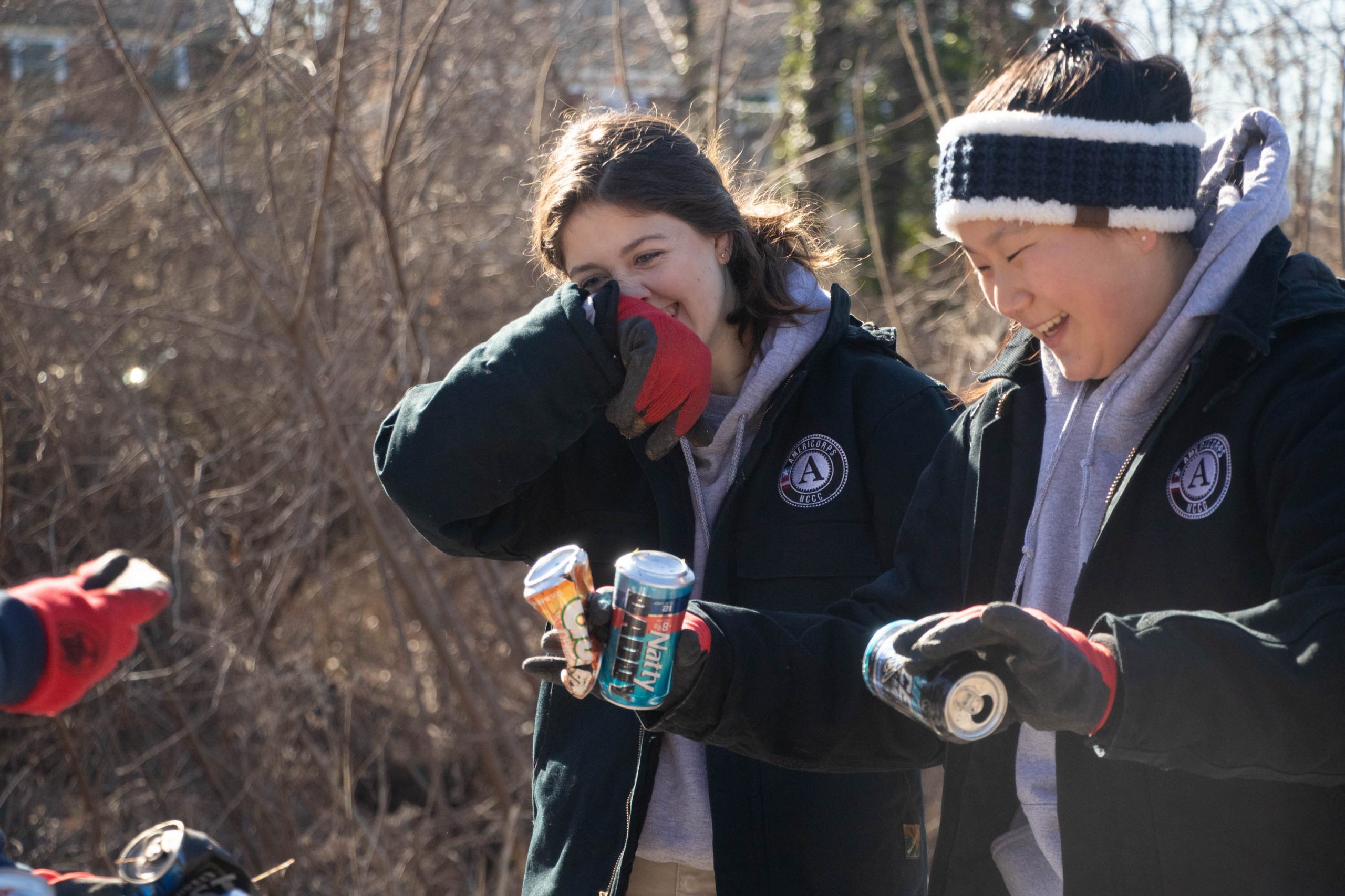 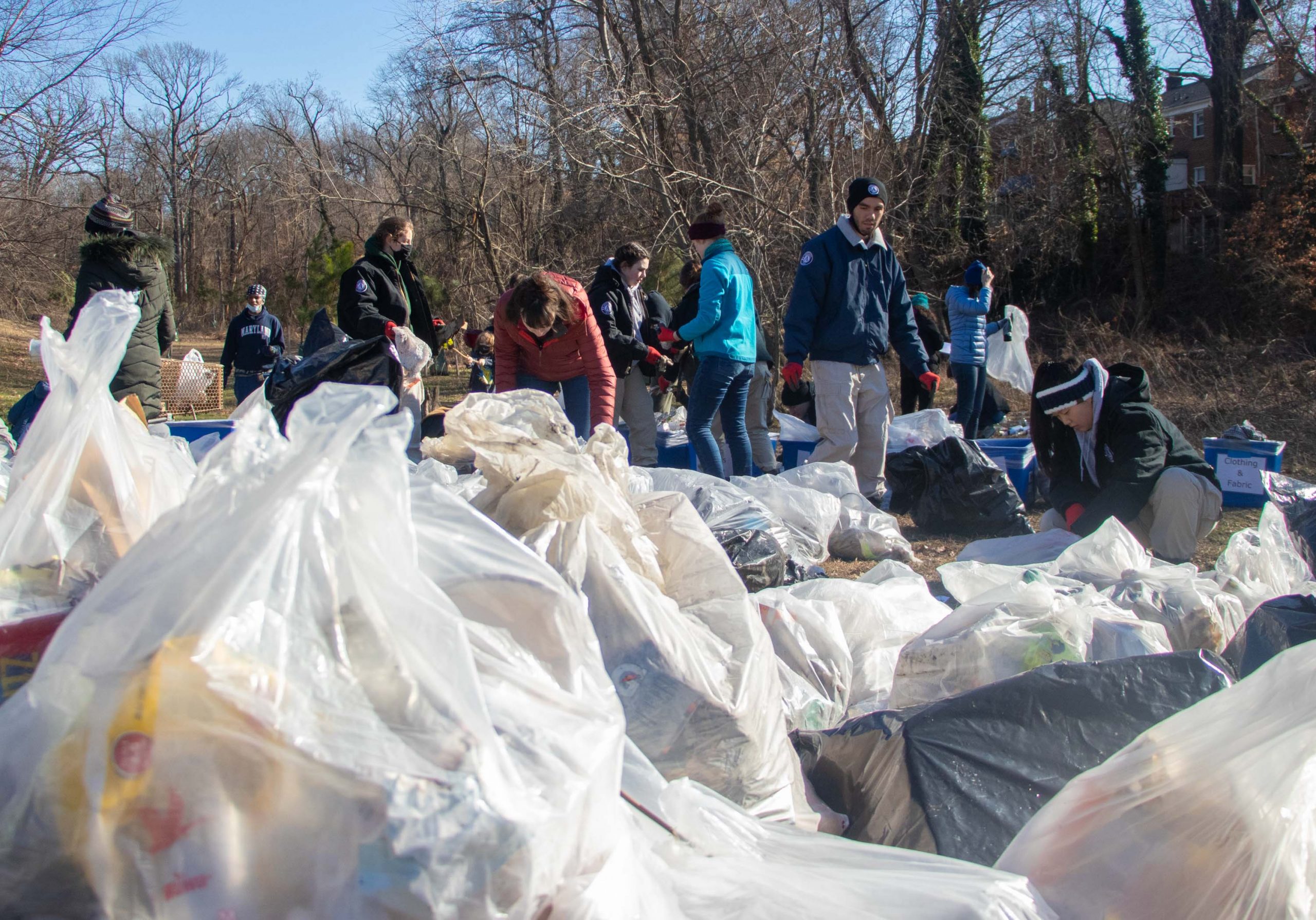 “It’s a day on, not a day off,” Dolly Davis, president of the Pope Branch Park Restoration Alliance, said about the intersection between environmental justice and MLK Day.

Davis’ grandmother used to say a “community’s cleanliness is next to godliness;” she believes King represented the same message. Davis works within her community to educate her neighbors, teaching how to properly recycle, build rain barrels and be more conscious of the environment.

King is remembered for his role in the civil rights movement, and inspires days of service across the country.

“It really boils down to this: that all life is interrelated. We are all caught in an inescapable network of mutuality, tied into a single garment of destiny.” King said in a 1976 Christmas sermon. “Whatever affects one destiny, affects all indirectly.”

Davis said she believes in King’s message and wants to bring people together to enjoy the earth and instill his dream in her community.

Davis was one of several community leaders and members of local nonprofit organizations who worked with the environmental group Anacostia Riverkeeper in an annual event to clean up trash along the Pope Branch Stream, which flows into the Anacostia River.

The Anacostia River is one of the few rivers in the U.S. that is considered “impared by trash” by the Environmental Protection Agency over a decade ago.

Christine Burns of Annacostia Riverkeeper said trash that winds up in the stream will eventually flow into the river. The area in and around the park is often used as an illegal dumping site, she said. During the cleanup, volunteers found 290 tires illegally dumped off the Anacostia Freeway.

“Environmental activism is extremely important, especially in our watershed, and so using the MLK day of action to get people out here and participate is truly important,” Burns said.

Will Teass brought his two sons, Austen and Cole. Teass’s company, Teass\Warren Architects, participates in the MLK day of service every year.

“I bring these guys along to teach about what we need to do in our community,” Teass said.

The two boys, both in elementary school, excitedly looked for trash with their grabbers and ran back to their father when they found litter.

Davis said she believes the collective efforts of the volunteers are what King envisioned when he spoke about change, but she wants city agencies to step in more and promote recycling and keeping communities clean.

“We shouldn’t be cleaning. We shouldn’t be out here today,” Davis said. “We should not have people who [litter] or illegally dump. What we want to happen is to see more and more people to be responsive and responsible on how they recycle and throw away trash responsibility.”