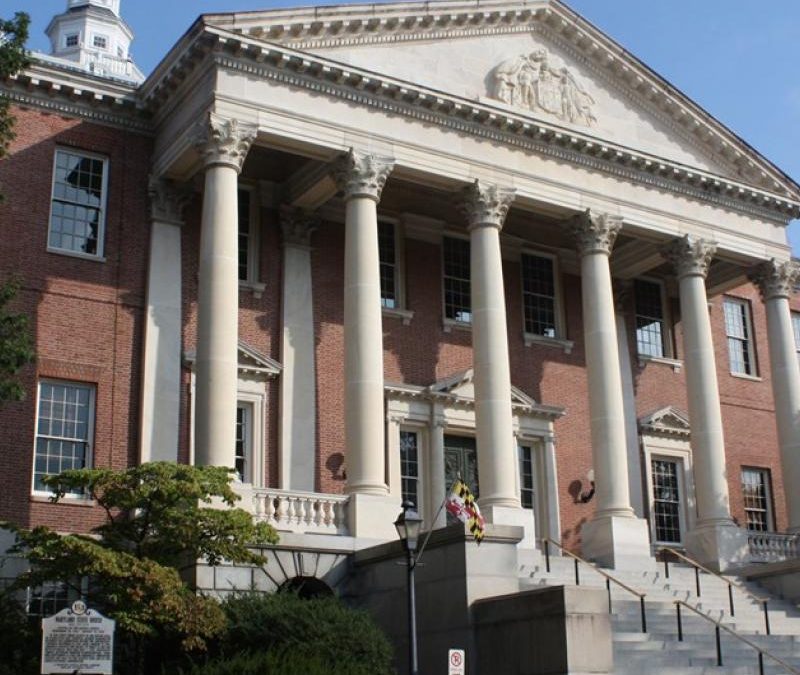 As the nation recognizes International Holocaust Remembrance Day Thursday, Maryland remains among 31 states that do not have laws requiring Holocaust education. But some state lawmakers are revisiting legislation that would impose a curriculum mandate in Maryland schools.

“We are seeing some very uncomfortable rhetoric, record numbers of hate crimes and people seem to be very comfortable expressing openly, publicly and violently their bigoted beliefs,” said state Sen. Ben Kramer, D-Montgomery, the author of a 2019 bill that would’ve established the mandate.

Kramer said he’s considering reintroducing the legislation next session, but he first wants to review curricula updates from the state Department of Education.

Reported instances of antisemitism increased in Frederick and the state of Maryland between 2016 and 2020, according to data tracked by the Anti-Defamation League. The state logged 163 reports of white supremacist propaganda and 47 antisemitic incidents in 2020 – the highest number since the ADL began tracking incidents in 1979, said Anti-Defamation League Deputy Regional Director Meredith Weisel.

In Frederick, the Anti-Defamation League recorded 23 reports of white supremacist propaganda and three reports of antisemitism in 2020, including a large Nazi flag found hanging in a classroom window at Gov. Thomas Johnson High School in February 2020 and visible to passersby outside the school. Principal Daniel Lippy wrote in an email sent out on the Frederick County Public Schools messaging service that the flag was used in a World War II class and had been left hanging in the classroom.

Kramer’s bill would have ensured a Holocaust and genocide unit was included in middle and high school curricula. The education mandate, he said, would help students understand more deeply the ramifications of prejudice, racism and stereotyping that may lead to the abuse of power and destructive policies.

“People are either forgetting the Holocaust or trying to pretend it didn’t happen,” said state Sen. Ronald Young, D-Frederick, who co-sponsored the bill. “We need our students to learn the real story, that millions of Jewish people were killed. They’ve got to be kept at the forefront so it doesn’t happen again.”

Weisel said such mandates are needed in every state because of “the rise in some far right extremism in the United States, where we see a lot of Holocaust references, including by the many who seek to deny, to diminish, to mock the Holocaust.”

After working with the Anti-Defamation League to draft the bill, Kramer said he clashed with the Maryland State Department of Education, which argued that it — and not the state legislature — should establish education requirements in Maryland schools.

“My point to them was that they were failing in their responsibility on the issue of Holocaust education and because of that failure, we needed to take action,” he said.

In response to the bill, the state Department of Education announced plans in October 2019 to update its Holocaust education frameworks to include Holocaust instruction in middle schools and a more comprehensive curriculum in high schools.

“MSDE is also emphasizing the need for professional learning for educators and content specialists so that educators can develop the tools necessary to teach the Holocaust with confidence and foster engagement and dialogue among students,” spokeswoman Lora Rakowski said in a statement to the Frederick News-Post.

Kramer said he plans to research those curriculum changes in coming months and determine whether he should file legislation next session.

Students can take electives for a more in-depth Holocaust education, and teachers can choose to assign additional readings, such as Elie Wiesel’s “Night” or Anne Frank’s “The Diary of a Young Girl.”

“We’ve always had Holocaust education in our curriculum,” Bernard said. “Not sure how you would teach about World War II without teaching about such a catastrophic event.”

Middle school educators teach students about Judaism and other world religions, but the middle school curriculum does not yet include a Holocaust unit.

“I feel that we do provide a comprehensive understanding and educational opportunities for our students about the Holocaust in our core program,” Bernard said. “Though the legislature has not mandated Holocaust education, FCPS aligns its curriculum with state frameworks that contain standards specific to teaching about the Holocaust.”

Most of the antisemitic incidents reported in Maryland schools are what the ADL calls nonviolent “bias incidents,” Weisel said. Students commonly report name calling, swastikas drawn in bathroom stalls, use of the Heil Hitler salute and pennies thrown at Jewish students, based on the antisemitic stereotype that Jewish people control the banks.

Weisel said lawmakers and Anti-Defamation League researchers worry that, without a state mandate, turnover in Department of Education leadership could result in rollbacks of Holocaust curriculum improvements.

“Legislative mandate,” she said, “ … gives a little bit more teeth to it.”