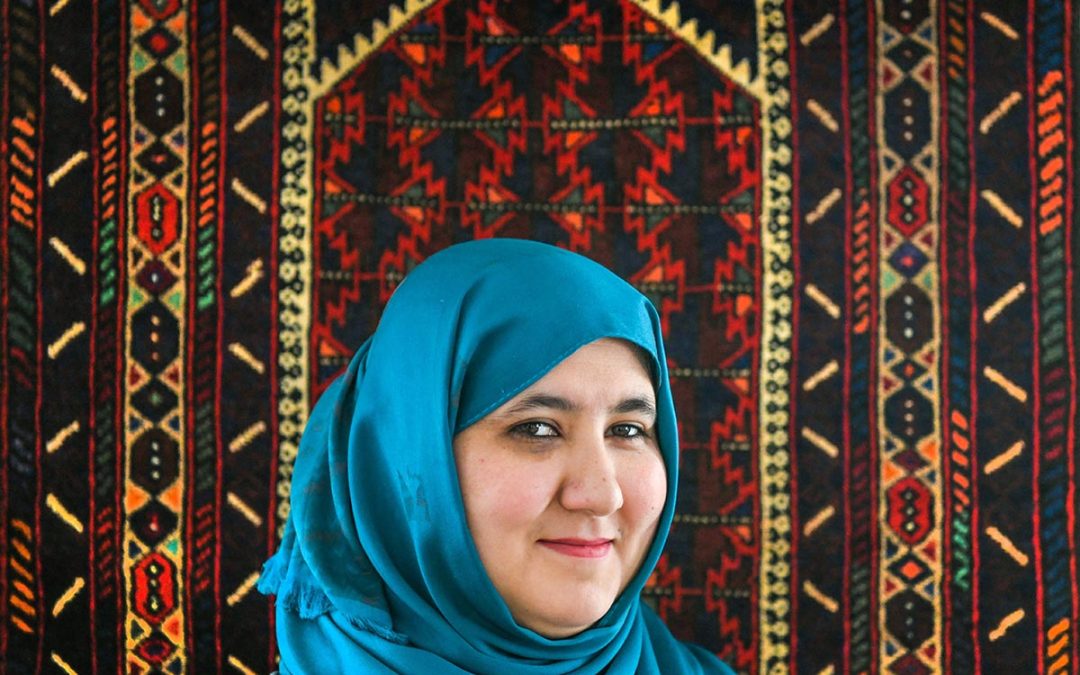 Atia Iqbal is helping Afghan refugees in Spokane. She works for Refugee Connections and came to Spokane from Afghanistan in 2015. (Dan Pelle/THE SPOKESMAN-REVIEW)

Atia Iqbal, an attorney in Afghanistan, arrived in Spokane in 2015.

Before coming to the U.S., her husband taught inmates how to sew at a jail belonging to the U.S. military at Bagram base in Afghanistan, she said.

At one point, most of the people in the jail were associated with Al Qaeda or the Taliban, Iqbal said. Someone threw a pair of scissors at her husband’s neck as attacks in the jail became a daily occurrence. Her husband’s manager recommended they apply for Special Immigrant Visa status to come to the U.S. Three years later, Iqbal and her husband arrived in Spokane.

Now Iqbal uses her experience to help others settling in Spokane from Afghanistan as part of the massive community effort to help Afghans who fled their country after it fell to the Taliban. She works as a cross cultural navigator with Refugee Connections Spokane, a nonprofit that supports refugees in the area. She takes new arrivals to appointments, translates their mail and helps them apply for food stamps or rental assistance.

New arrivals to Spokane must navigate unfamiliar government agencies and a foreign language, all while trying to heal from the trauma of watching their homeland fall and managing the stress of knowing they left family and friends behind. But there are social service programs, such as Refugee Connections, to help them find a new footing in their new city.

After the Taliban seized several major Afghanistan cities, including the capital of Kabul, this past August, thousands of Afghans were targeted based on their connection to the U.S. and its military, according to the National Immigration Forum.

“Since the crisis started in August 2021, we’ve received over 300 Afghan refugees as of December 2021,” said World Relief Spokane spokesperson Justin Li. Generally, refugees – a majority of whom are families – are settled in the city of Spokane, so they have access to services, Li said.

Community organizations in Spokane are connecting Afghans to resources such as housing and employment, as well as advocating for ways to help them heal from trauma they faced as they fled their country.

Refugee Connections is alerted to refugees in need of assistance by other community organizations, community members and staff with ties to the refugee families, Garras said. The organization is providing backpacks, school supplies, food, clothing and household items for these families.

Organizations such as Refugee Connections say they have been able to help Afghan families partly because of tremendous community support in Spokane.

“It’s been amazing to see Spokane show up for the newly arrived families,” she said.

Naghmana Sherazi, leader of Muslims for Community Action and Support, remembers one of the city’s first welcome events for the refugees – a December gathering at the Woman’s Club of Spokane.

During the event, an Afghan man climbed on to the event stage in tears, Sherazi said. He grabbed the microphone and told the audience in his native Dari language that a day earlier, he had learned that his best friend had been gunned down in Afghanistan because of his affiliation with the U.S. military. One woman, a professional boxer and teacher in Afghanistan, had left her children behind to bring her three grandchildren to the U.S. Not everyone has access to the kind of money required to come here, Sherazi said.

Now, Sherazi and others are advocating for Spokane to provide a community center where newly arrived Afghans can congregate and heal from trauma they have faced.

Sherazi is working with Spokane leaders to advance the proposed healing space.

“This is the human contingent we are talking about – the human cost of war,” Sherazi said.

After receiving family assignments from the State Department, World Relief provides case managers or social workers to Afghans as they arrive in the city.

“We are still feeling the impact of the events that took place in Afghanistan in August,” World Relief’s Li said. The organization has recently created a new department dedicated solely to resettling Afghan individuals.

World Relief provides them with three months of services, including helping them access affordable housing, job placement or training, English language classes and social services such as food stamps and Social Security cards.

“They’re coming with pretty much nothing,” Li said.

Under U.S. law, refugees can enter the country under the Special Immigrant Visa program or Priority-2 refugee status, both of which can take years to process, according to the National Immigration Forum. On Aug. 23, the Biden administration announced that humanitarian parole status would be used for Afghan people to enter the U.S. without a visa more quickly.

While support services funded by the federal government – like World Relief’s three-month assistance services – have been expanded to help Afghan parolees, people with Special Immigrant Visas and refugees, the status of humanitarian parole expires after two years, according to Mark Finney, former director of World Relief Spokane, who spoke in a interview prior to him leaving the organization. Those with Special Immigrant Visas and refugees are placed on a path to permanent residency and citizenship, but parolees are not.

Parolees can apply for asylum to be placed on a path to permanent residency or citizenship, but the process can take years and be expensive, Finney said.

Finney recently resigned as head of World Relief Spokane after a gay man’s job offer to serve as an attorney was rescinded by World Relief’s national office because he was in a same-sex marriage. Emmanuel Campos Gonzalez, an attorney and the job candidate in question, filed a lawsuit against World Relief last month.

World Relief Spokane declined to comment on whether this issue has affected the organization’s work with Afghan refugees, referring any requests for comment on this subject to the national office.

“RCS was shocked and disappointed to hear about the discriminatory hiring practices at World Relief, and we stand with our LGBTQ+ community in support of basic human rights,” Refugee Connections’ Garras said.

Garras said World Relief’s views should not negatively impact refugees and others.

“Our goal is to welcome refugees and immigrants to our community,” Garras said. “We aim to provide services to folks that do that, and we will continue to do our best to connect with the people that may benefit from those services.”