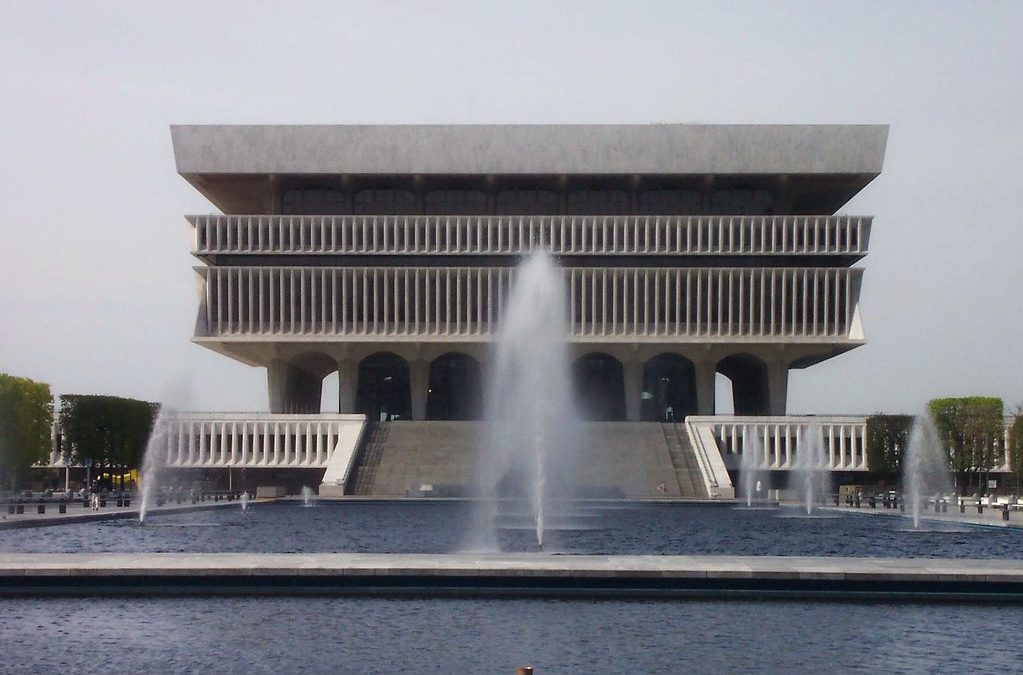 The New York State Museum has returned only 29% of its artifacts, claiming the rest are “culturally unidentifiable.” (Photo by Onasill ~ Bill - Be Safe & Happy via Flickr / CC BY-NC-SA 2.0)

More than 30 years after Congress passed a law requiring museums to return all things removed from Native American graves to descendants of those buried, the New York State Museum has returned only 29 percent of its collection of Native American ancestors and funerary objects to their original nations, calling the rest “culturally unidentifiable.”

The institutions must also provide information about the items to parties with standing and, when presented with a valid claim, ensure the items undergo disposition or repatriation. When Congress passed the law in 1990, the Congressional Budget Office estimated it would take 10 years to complete the effort.

The 891 ancestors and the 2,682 funerary objects associated with Native American nations in the New York State Museum’s possession are listed as “culturally unidentifiable,” meaning the museum determined that available information “does not reasonably demonstrate a relationship of shared group identity to a present-day Indian tribe or Native Hawaiian organization,” according to a definition by the National Park Service.

If an object is deemed “culturally unidentifiable,” it is not subject to the federal regulations, and the museum does not have to ensure its repatriation.

New York has the third most ancestors and associated funerary objects — or AFOs — in need of repatriation of any state after California and Illinois. The New York State Museum in Albany holds a high volume of unrepatriated items.

Under current law, the New York State Museum must complete an inventory of all of those objects and ancestors in its possession, but the museum is not required to do anything to repatriate those items and ancestors beyond responding to requests for consultation from Native American Nations.

Jenna Macaulay, an attorney and member of the Turtle Clan from the Tuscarora Nation, said the Haudenosaunee Confederacy — more commonly known as Iroquois  — has made “too many requests to count” to the Albany museum.

Of the New York State Museum’s “culturally unidentifiable” collections, 84 percent were originally from sites in New York. Macaulay said it is “highly likely” items and ancestors recovered within New York have Haudenosaunee ancestry.

The law does not apply to funerary objects associated with ancestors that the museum labels “culturally unidentifiable.” Joe Heath, general counsel for the Onondaga Nation, a Haudenosaunee Nation, said he thinks the museum uses its “lack of proper recordkeeping” to its advantage.

“There needs to be more oversight,” Heath said. “There is no excuse for this.”

In 2010, the U.S. Department of the Interior expanded the federal regulations to provide museums and federal agencies with a voluntary path forward for repatriation of “culturally unidentifiable” ancestors. Twelve years later, about 80 percent of museums, including the New York State Museum, have not completed the effort.

DeSantis, the spokeswoman for the state Education Department, said the museum’s goal is to repatriate all culturally unidentifiable remains and funerary objects.

Macaulay said the museum has been cooperative in regularly consulting with Haudenosaunee nations, but is not doing enough to fill gaps in its recordkeeping.

“There’s just an information gap that we can’t seem to get by,” Macaulay said. “That label of  “culturally unidentifiable” leaves us in a gray area where we can’t pursue repatriation, because we don’t know where the ancestors came from.”

“I don’t want to say it’s a scapegoat, but I mean, if a museum determines that and then stops taking steps towards identifying them, there’s nothing else we can do, and that’s what has led to frustration over the years,” she said.

The Department of the Interior is considering an update to 1990 federal regulations that would require the New York State Museum to consult on “culturally unidentifiable” ancestors and objects and artifacts, and decide whether they are culturally affiliated or geographically affiliated within 2.5 years once a final rule is published.

The National Park Service estimates that between 90 to 95 percent of ancestors that have not been recorded under the federal act would be geographically affiliated under the proposed revision, allowing Native American nations to request and repatriate previously “culturally unidentifiable” items based on geographical information alone.

“It’s been clear that ‘culturally unidentifiable’ is a barrier to repatriation,” Melanie O’Brien, a national program manager at the National Park Service, said during a consultation session in August.

O’Brien said the revision likely will not be in effect for another year.

Under the revised regulations, if the New York State Museum fails to complete the regulatory process or refuses to repatriate ancestors, artifacts or objects from known geographical locations, it could face a civil penalty.

“Bones just don’t show up on a museum’s doorstep,” Macaulay said. “They come into acquisition some way, somehow. They need accurate recordkeeping to show where they come from.”

“If they have a record of items and they’re telling us that they’re culturally unaffiliated because they can’t identify a time period or location where they came from, then they need to do their due diligence and find out where those items came from,” she added.

Macaulay said she is confident that alteration to the laws around the federal regulations will prompt the museum to meet its obligations.

“Museums and institutions need to understand what they’re holding,” Macaulay said. “These aren’t exhibits. These are our people. These are our own cultural patrimony that are still in use today and have utmost significance amongst the Haudenosaunee.”