We the People: Does the crisis in Ukraine signal a new era of the Cold War? 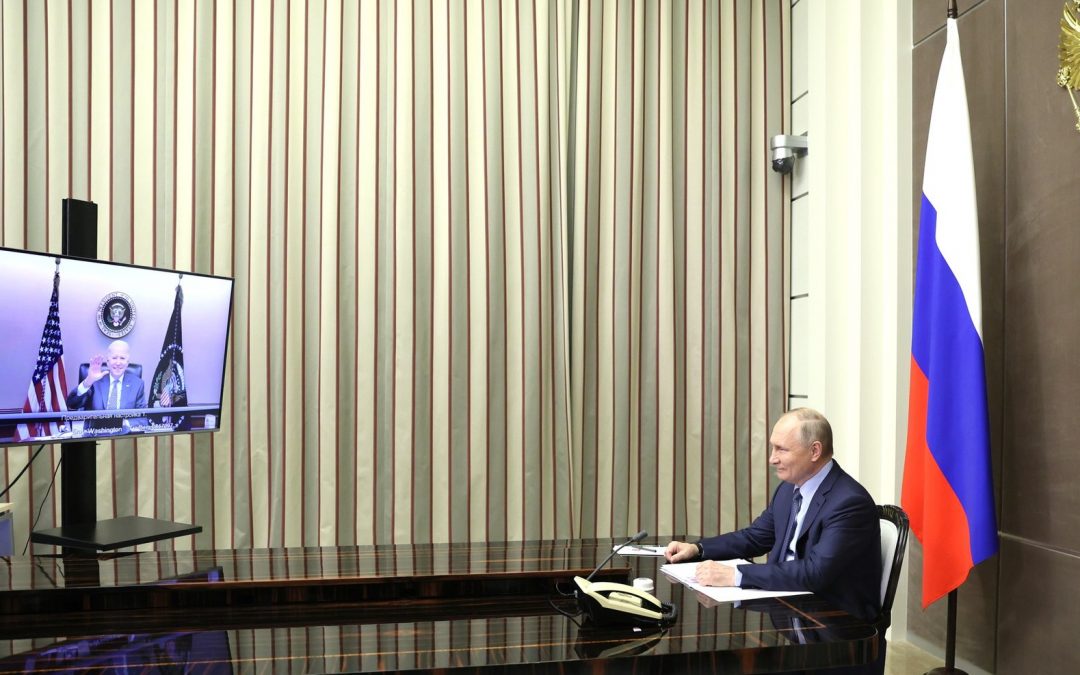 Today’s question: Who was the United States’ main rival during the Cold War?

When World War II concluded, it brought about new concerns in the future of the global order, especially when it came to the mounting tensions between the United States and the Soviet Union.

Despite the Soviet Union being a Western ally during the war, Americans had become increasingly wary of the communism practiced under Soviet rule and Joseph Stalin’s tyrannical hold over his country, seeing it as a threat to democracy. Postwar Soviet expansion into Eastern Europe escalated these concerns, with U.S. politicians interpreting it as a calculated move by Russia toward global political dominance.

At the time, foreign policy experts described the balance of postwar power to be bipolar, with two superpowers standing well above the rest. The United States, however, was determined to counter such a competing threat and established a defense strategy against the Soviet Union called “containment,” coined by historian George F. Kennan, in an attempt to suppress its agenda of spreading communism.

One of the most pivotal phases of executing this strategy was the creation of the NATO military alliance between the United States and its allies in 1949, which stood as a counter to a potential Soviet attack. As a response, the Soviet Union formed the Warsaw Pact in 1955 with Central and Eastern European allies.

What followed was a race toward dominance between the two nations, competing over advancing and developing their nuclear arsenals, increasing their military presences, participating in proxy wars in Korea and Vietnam, and even going head-to-head over spaceflight capability following the launch of Russia’s Sputnik into the Earth’s orbit.

This time period was known as the “Cold War” era, mostly because the two superpowers never engaged in any war or conflict directly, but competed against one another through other means.

Many foreign policy experts argue, however, that the Cold War never really ended and current political issues prove that the U.S. and Russia – the Soviet Union having dissolved in 1991 – have simply entered a different arena of ongoing conflict.

“It’s kind of interesting because I think if you’re a historian, you look at events from 60,000 feet above. You don’t look at them just right from the ground. A lot of times, we talk about, ‘Oh well, we won the Cold War.’ Did we?” asks Thomas Preston, a security policy expert and professor at Washington State University.

“Is the Cold War over, and did it really end when the Soviet Union collapsed, or are we seeing this next phase of the Cold War? Because we’re already using the language of containment with China, [and] with Russia.”

Preston said the U.S. is dealing with more evolved threats from foreign actors, different from those that challenged democracy and liberal capitalism following World War II. Now, the U.S. is competing with a communist regime in China that has also adopted a lot of capitalist policies, which differs from the old centrally planned system followed decades ago.

He believes the issue has become far more complicated than a disagreement over ideological beliefs.

In December, Russia presented the U.S. and its Western allies with a list of demands asking for security guarantees that it deemed essential in diffusing tensions in Eastern Europe.

The most prominent was a demand that Ukraine be banned from entering NATO and a reduction in the military presence NATO maintains on its eastward flank.

Most of these demands were viewed as unacceptable by the U.S. and other NATO member states. Preston said Russian President Vladimir Putin’s demands, from a Russian security perspective, are not totally unreasonable.

“If you actually pay attention to what Putin says, over the last 20 years he has criticized the expansion of NATO. This didn’t come out of nowhere. This isn’t just occurring out of a vacuum,” Preston said. “This has been a pattern.”

Thirty states are part of the NATO alliance with membership being open to “any other European state in a position to further the principles of this treaty and to contribute to the security of the North Atlantic area.” But Preston said the creation of NATO was and remains aimed at Russia, and it is important to acknowledge that when assessing Putin’s point of view.

“Putin basically has argued that NATO expansion is purely directed at Russia. And, in all fairness, all through the Cold War and historically, NATO has been a Russia-focused organization built to contain Russia or the Soviet Union,” Preston said.

“So this expansion, Putin and many Russians feel, is a threat to their security and that there was no need for [NATO] to continue expanding if Russia wasn’t posting troops on the border like during the Cold War.”

In 2014, former Secretary of State Henry Kissinger penned an opinion piece for The Washington Post, stressing the importance of Western – and Russian – leaders shifting their focus to examining possible outcomes instead of competing in posturing.

Though Kissinger said Ukraine should have the freedom to choose its economic and political associations, it “should not join NATO.”

Preston echoed this, saying that U.S. lawmakers and politicians often fail to grasp the significance Ukraine holds for Russia.

“Ukraine is not just another country to the Russians. Historically, the Russians view Ukraine as having been part of traditional Russia. The original Russian state started in Ukraine. The original capital was Kyiv, and then it was moved to Moscow,” Preston said.

“These are things that many Americans don’t fully understand, this history, but Russians do. And it impacts their behavior.”

Preston compared it to a hypothetical: how the United States would react if China decided to form a military alliance with Mexico and started stationing troops, missiles and other weapons along the U.S.-Mexico border. He said the assumption is that the U.S. would respond similarly to Russia’s action toward Ukraine and NATO, if not more aggressively.

“Nothing Putin is doing is that surprising.”