People participate in a protest against limits of EPA powers, outside of the Supreme Court, Feb 28, 2022. (Isabel Miller | Medill News Service)

Coal companies and several Republican states, led by West Virginia, want to limit the Clean Power Plan from 2015 that never took effect  due to a volley of lawsuits.

During over two hours of oral arguments, the justices focused on how to interpret Section 111 of the Clean Air Act, the statutory source of the federal government’s authority to regulate emissions from power plants. The states and coal companies prefer a reading adopted by the Trump Administration, which interpreted Section 111 as only allowing requirements at individual plants rather than regulating the industry as a whole as the Environmental Protection Agency intended during the Obama administration by offering power plants credits for generating power from sources that emit less carbon dioxide than coal.

Section 111 refers to both the “best system of emission reduction” and the imposition of controls at each “existing source.”

According to the EPA, electricity production is the second largest source of greenhouse gas emissions in the U.S., behind transportation. 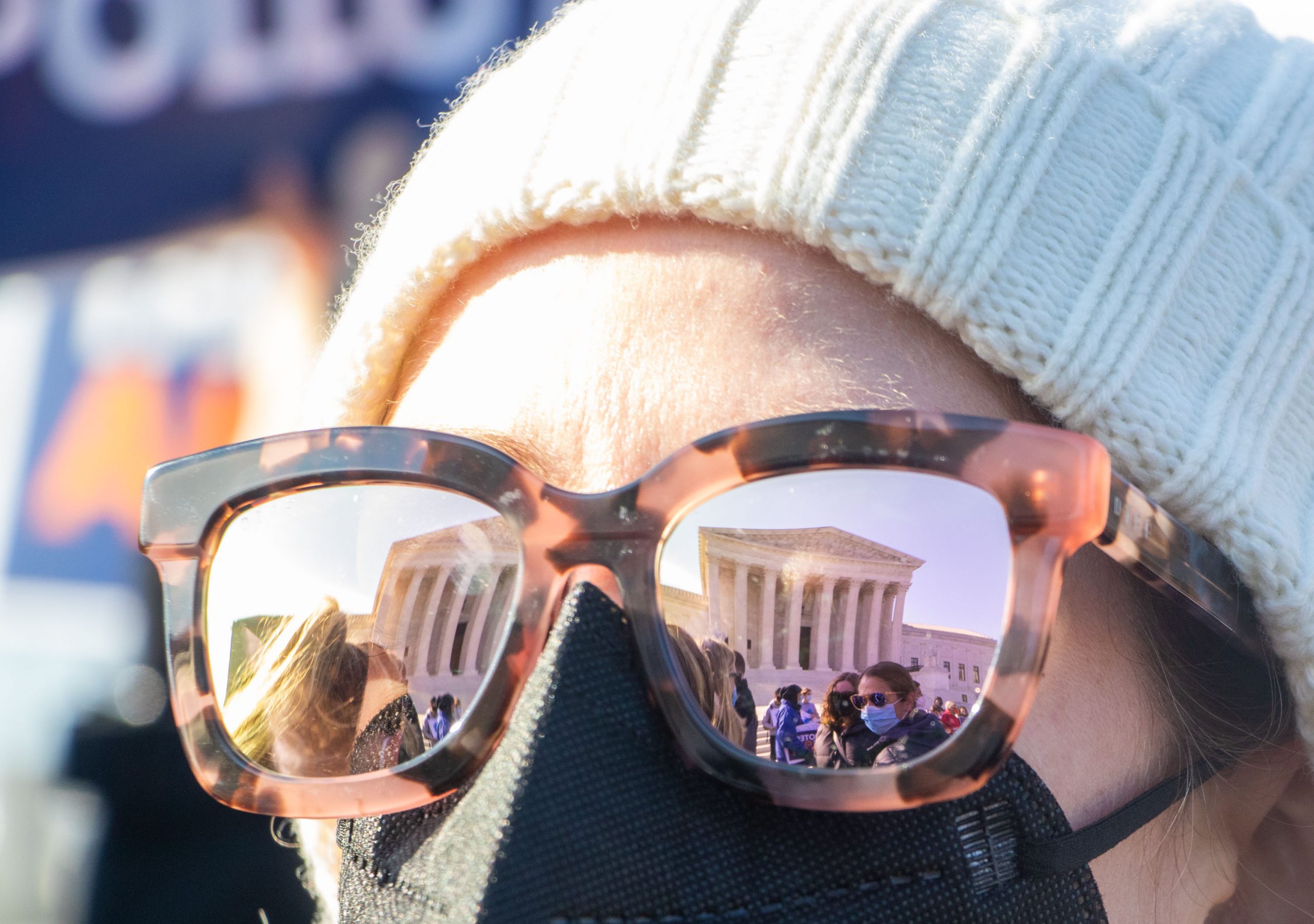 The Supreme Court is reflected in the sunglasses of Sienna Moore of Maryland, Feb 28, 2022. (Isabel Miller | Medill News Service)

West Virginia Solicitor General Lindsay See said the justices should overturn a federal appeals court decision saying the EPA could issue such plans because only Congress has the authority to set energy policy.

“This is a major question because it is a new exercise of authority and a transformative result in an area of traditional state authority,” See told the justices.

See argued that the Environmental Protection Agency over-reached in its regulation of power plant emissions. Critics of West Virginia’s lawsuit say it threatens any realistic chance the nation has in limiting the effects of climate change.

During the arguments Justice Samuel Alito asked U.S. Solicitor General Elizabeth Prelogar, who was defending the EPA, what the appropriate balance is between the effects of climate change and effects on jobs.

Alito questioned if the guardrails in the statute are for “adequately demonstrated” cost and the reliability of the electricity grid. Prelogar said the appeals court interpreted the “guardrails to be real restrictions.”

Monday’s arguments came on the same day that the Intergovernmental Panel on Climate Change issued an assessment. Scientists detailed a number of imminent climate threats -some of which will be irreversible- if humanity doesn’t start making vital environmental reforms. 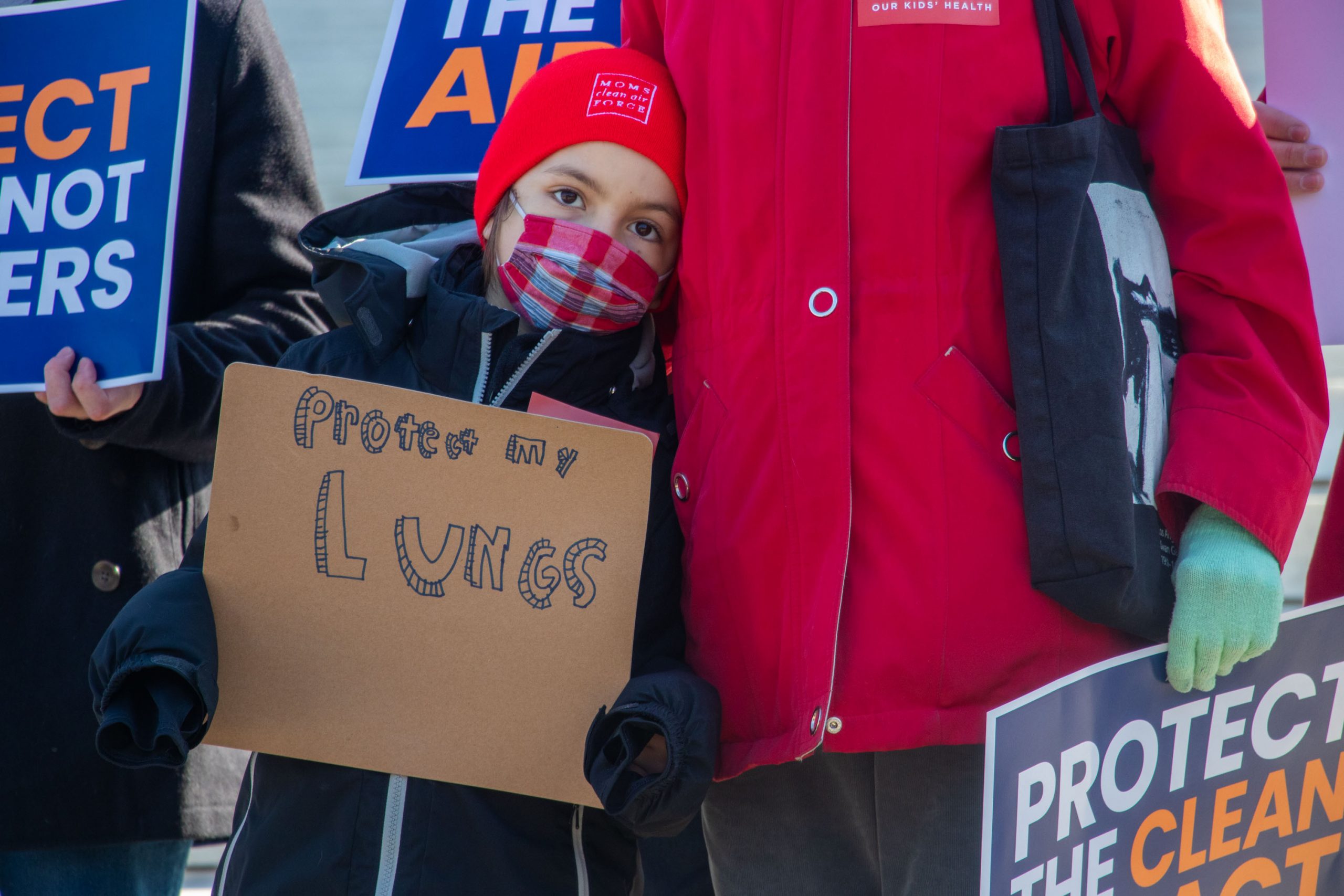 Outside the court, Elizabeth Brandt stood with her eight-year-old daughter, Valentia Bednar,  and other environmentalists to support strong EPA action to reduce carbon emissions. Brandt, national field manager of Moms Clean Air Force, an affiliate of the Environmental Defense Fund, organized the demonstration.

“If you’re going to gut the EPA’s ability to uphold different aspects of the Clean Air Act. I don’t know where the damage stops, in terms of their ability to protect human health and the environment, which is the core mission of the EPA,” Brandt said.