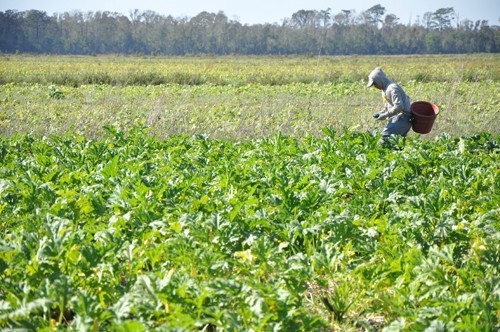 WASHINGTON – Members of a new equity commission advising the U.S. Department of Agriculture said they want to make sure the USDA does a better job providing resources to Black farmers and other minority communities following decades of racial discrimination.

“We’re not righting the wrongs of the past,” Agriculture Secretary Tom Vilsack said of the commission, which convened for the first time Monday. “We are simply trying to prevent wrongs in the future.”

The 15-member panel and a 15-member agriculture subcommittee, whose members include academics, lawyers, economists, policy experts and farmers, will deliver their findings in an interim report later this year and in a final report in 2023.

A history of discrimination

Required under the American Rescue Plan President Joe Biden signed into law last March, the equity commission was created to identify USDA programs and policies that have contributed to institutional racism. Black farmers say the agency’s long-held discriminatory  practices have contributed to a rapid decline in their ranks and prevented them from obtaining and holding onto property.

Phillip Johnson Haynie III, a fifth-generation Black farmer from Reedville, Virginia, and a member of the agriculture subcommittee, told USA TODAY he joined the commission to help reverse the “downward trend” in the number of Black farmers.

More: A new USDA commission asks how to end discrimination in farming, but Black farmers are skeptical

Black farmers today account for 1.4% of all U.S. farmers, according to the Census Bureau, a steep drop from 1920, when they accounted for about 14% of U.S. farmers.

“In high school, I watched my dad travel to Washington week after week and testify before Congress, where he and other Black farmers were convened to try to address some of the very same issues that we’re facing here 25 years later,” Haynie said.

At Monday’s virtual public meeting, Rodriguez said one of his primary goals was to ensure undocumented farm workers – who comprise approximately 50% of the farm labor workforce, according to the USDA – are eligible to benefit from federal programs and can feel comfortable seeking out resources.

“Over half our stakeholders have different immigration status, and many of the immigrant farmers have entered into the (agriculture) business,” said Yvonne Lee, an equity commission member who once served on the U.S. Commission on Civil Rights. “It would be great and necessary for us to include this group as part of our discussion for equity.”

Underscoring the scope of the challenges they face, some commission members said they worried that the timing and virtual format of the meetings could prevent some minority farmers from participating.

Commission member Hazell Reed, executive director of the National Black Growers Council in Arkansas, said many minority farmers have limited access to WiFi or broadband networks, which might make it difficult for them to communicate their concerns and learn about the resources available to them through the USDA.

An estimated 42 million Americans do not have access to wired or fixed wireless broadband networks, according to Broadband Now, an independent research firm. Studies show a disproportionate number of those without reliable internet service are low-income or live in sparsely populated areas of the country.

“A lot of rural America does not have broadband technology nor access,” Reed said. “So I think we need to bear that in mind as we move forward with this to ensure that they have access to the information as well.”

‘Short end of the stick’

Commission members also noted the timing of Monday’s meeting – which started at 11:30 a.m. EST and continued into the late afternoon – excluded many of their fellow farmers who were busy tending to their farms.

“Even if you have the access, do you have the time to read emails or get on a webinar?” asked Rick Smith, a commission member and CEO of Dairy Farmers of America. “If you’re a single operator (of a small farm), you’re just trying to get through the day.”

Despite the commission’s plan to recommend solutions that address racial equity issues and support historically underserved communities, some minority farmers who attended the meeting, including Stephanie Miller of Altavista, Virginia, were wary.

“We are tired of getting the short end of the stick, tired of broken promises of help,” Miller told USA TODAY. “Why is it, time after time, the laws written to address historic (inequities) get bogged down in sand then slowly die, or recommendations are not implemented and, like always, we never see a penny?”