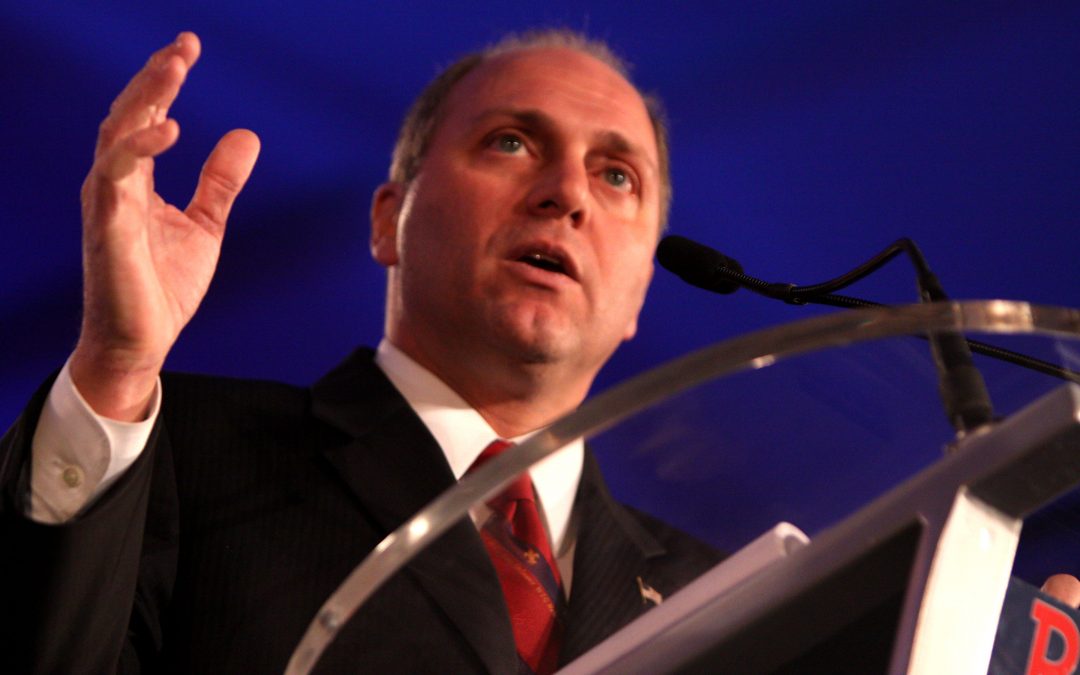 WASHINGTON — President Joe Biden’s sanctions on Russia over its invasion of Ukraine have not gone far enough, and he should more directly target the Russian energy sector, according to a top Republican.

“I’ve called on President Biden to immediately reverse all of his anti-American energy policies that have actually given Russia the ability to have leverage over America and Europe, including Ukraine,” House Minority Whip Steve Scalise told MarketWatch on Tuesday, before Biden’s first State of the Union address.

The Louisiana Republican added that he wants to see Biden approve liquefied natural gas permits, as well as pipeline projects, and get “rid of the burdens and red tape that are making it impossible to produce oil in America.”

“No new investment is coming into our country because President Biden shut off the spigots here while he begged Russia to produce more,” Scalise said. “And that’s given [Russian President Vladimir] Putin billions of dollars to fund this war in Ukraine.” Rep. Michael McCaul, the top Republican on the House Foreign Affairs Committee, similarly suggested Tuesday that the U.S. should stop importing Russian energy. “We are funding Putin’s war machine,” he reportedly said.

Biden pledged to “protect American businesses and consumers” amid the economic sanctions imposed on Russia. As part of an effort to avoid hikes in gas prices, Biden announced he will release 30 million barrels of oil from U.S. reserves, as other countries similarly would tap into their reserves.

“I think that we should keep all our options open with respect to sanctions,” Colorado Democrat Sen. Michael Bennet said in an interview after Biden’s Tuesday-night speech. “For the moment, the president’s focus tonight really was on making sure that we were coordinating with other oil producers and energy producers around the world to make sure that we limit the increases in energy prices here, and I think that was the right emphasis.”

“We should be calling on our allies, our Middle Eastern allies to not only pump more oil, but to make sure that our energy needs are being met,” Gillibrand said in comments on Tuesday before Biden’s speech.

One energy-related sanction Biden has imposed in coordination with Germany is on the Nord Stream 2 pipeline.

“As I have made clear, we will not hesitate to take further steps if Russia continues to escalate,” Biden said in a statement last week. “Through his actions, President Putin has provided the world with an overwhelming incentive to move away from Russian gas and to other forms of energy.”

Illinois Democratic Rep. Bill Foster said in an interview prior to the State of the Union that any energy sanctions should be done “in consultation with our European allies,” noting that Germany’s move away from nuclear energy has left it particularly reliant on Russia. Roughly 55% of Germany’s gas imports come from Russia.

“It will be a painful few years as we wean ourselves from dependence on Russia’s energy,” Foster added. “That’s something that had to happen for reasons of climate change and now we’re going to have to accelerate it.”

Biden discussed clean energy during the State of the Union, calling for household energy costs to be cut through investing in clean alternatives.

“Let’s provide an investment and tax credit to weatherize your home and your business to be energy efficient and get a tax credit for it; double America’s clean energy production in solar, wind, and so much more; lower the price of electric vehicles, saving another $80 a month that you’ve not going to have to pay at the pump,” Biden said.

Illinois Democratic Rep. Jesús “Chuy” García, a member of the House Committee on Transportation and Infrastructure, said the Biden administration’s goal of rolling out 500,000 electric vehicle charging ports is “spot-on.”

“We also need an interstate system of charging stations so that it becomes feasible to travel long distances and have the reliability of the stations being out there,” Garcia said after Biden spoke. “This has the potential to create hundreds of thousands of jobs for people who are electricians, in other trades as well. It creates the potential for workforce development and retraining of dislocated workers as well.”

Republican Sen. John Cornyn of Texas said in a statement that Biden did not use his speech to lay out “bipartisan solutions” but instead “renewed calls for far-left priorities like ‘green’ energy and his failed social welfare agenda.”

Before Biden’s address, Scalise said that he hoped to hear Biden speak on increasing oil and gas production in the U.S., but said that “unfortunately he’s talked more about global warming.”

“What about the carbon footprint of Putin carpet bombing Ukraine, let alone the fact that it emits more carbon to make oil in Russia than the United States?” he said. “We should be making all of the oil for our needs in America and exporting it to our friends in Europe, so they don’t need Russian oil.”