Combating the rise in hate crimes is a judicial priority, lawmakers say 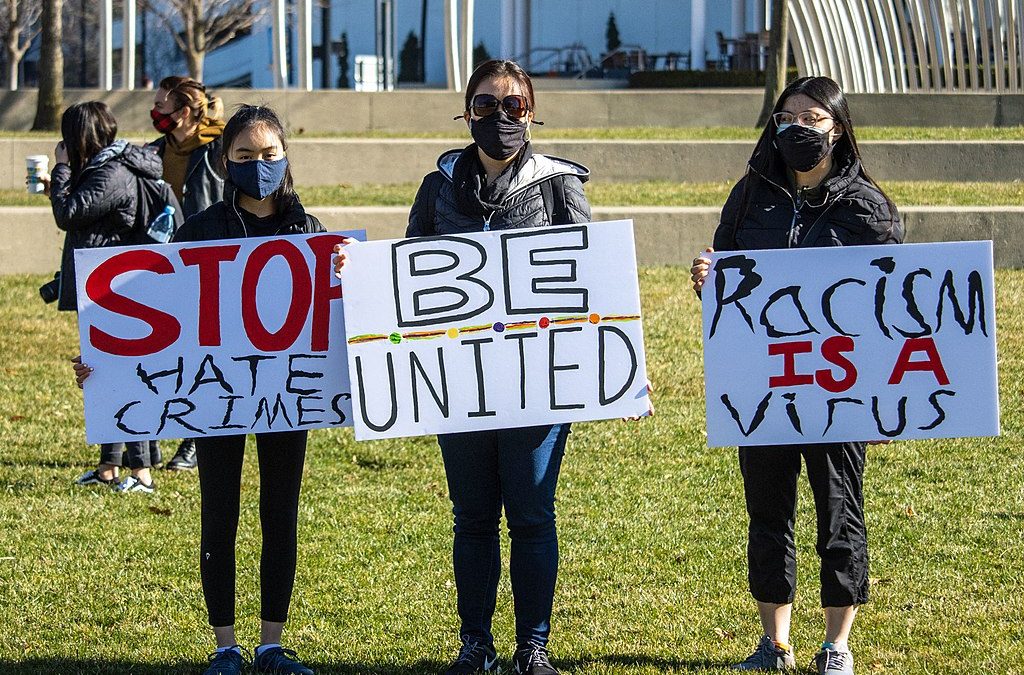 Protestors hold signs advocating for a stop in hate crimes and racist sentiment. (Photo by Paul Becker via Wikimedia Commons / CC BY 2.0)

WASHINGTON –– The Justice Department is “fully activated in the fight against hate” and will expedite its review of federal hate crimes, Assistant Attorney General for Civil Rights Kristen Clarke told the Senate judiciary committee Tuesday.

The FBI’s most recent crime data report for 2020 showed the highest hate crime rate since 2001, with 63% of reported cases involving racial or ethnic bias, and anti-Black and anti-Jewish sentiment cited as the leading motivators

“From incident reporting to stronger law enforcement training and coordination, to community outreach and designation of a department-wide hate crimes coordinator, the department has been fully activated in the fight against hate,” Clarke told lawmakers.

Members of Congress also discussed how they could better implement the COVID-19 Hate Crimes Act, which was signed into law by President Joe Biden last May after it received overwhelming bipartisan support in Congress. The law established grants to create state-run hate crimes reporting hotlines and implement the National Incident-Based Reporting System on a state and local level. It also provided grants for local law enforcement programs to prevent, address or respond to hate crimes

Charlie Cytron-Walker, the rabbi who led hostages to safety during the attack on Congregation Beth Israel in Colleyville, Texas, in January, told the committee the extra federal funds are needed.

Committee Chairman Sen. Dick Durbin said he also is concerned that the number of hate crimes is actually much higher because police are not always reporting to the FBI accounts they receive from victims of assault and harassment. He said the reasons for the gap must be addressed

In late February, seven Asian women were attacked in Manhattan by the same perpetrator within a 2-hour time frame, adding to the rise in Asian American hate crimes recorded in the United States over the past two years.

Two weeks ago, three men were convicted of a federal hate crime for fatally shooting Ahmaud Arbery, a Black man who was jogging through a suburban neighborhood in Georgia before he was attacked by the trio. Clarke noted the Justice Department was able to expedite the prosecution of the men because of the COVID-19 Hate Crimes Act.

Sen. John Cornyn, R-Texas, linked hate crimes and the defunding the police movement, saying cutting financial support to police had contributed to the rise of violent crime in the United States.

Durbin also said that defunding the police was not the solution to decreasing crime and instead posed challenges to protecting vulnerable groups.

“This is actually removing or failing to appoint law enforcement officials who are critical to safety in our communities, and I believe it’s an unwise approach and I’ll continue to argue that,” Durbin said.