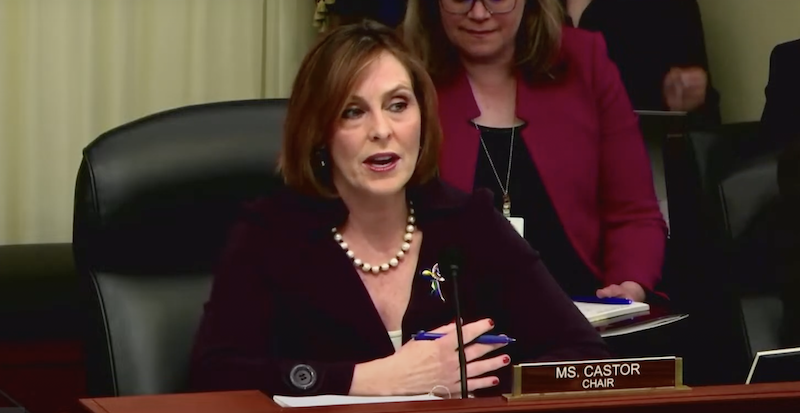 WASHINGTON — Lawmakers from both parties Wednesday vowed to develop a federal plan to “deliver actionable tools and resources” to fight climate change in the wake of a series of recent climate reports that outline the urgent need to reduce carbon emissions.

“We don’t have unlimited resources to do this. We’ve got to be smart and targeted,” said Rep. Kathy Castor, D-Fla., chair of the House Select Committee on the Climate Crisis. “Right now, climate adaptation planning across the country is done on an ad hoc basis. It’s very inefficient.”

The hearing came just over a week after the United Nations’ Intergovernmental Panel on Climate Change published its most recent report, which offered a dire and detailed outlook at pressing global threats posed by the warming climate.

“Any further delay in concerted anticipatory global action,” the report said, “will miss a brief and rapidly closing window of opportunity to secure a livable and sustainable future for all.”

The IPCC report was one of several published since the start of 2022 that present detailed pictures of widespread and severe global challenges due to climate change.

At Wednesday’s hearing, two of the IPCC report’s authors testified on the urgent need for action to lower carbon emissions and prevent further global warming — the impacts of which are harming Americans displaced by increasingly frequent environmental disasters and rising sea levels.

“North American cities and settlements have been impacted increasingly by severe and frequent climate hazards and extreme events, which have contributed to infrastructure damage, livelihood losses, damage to Heritage Resources and safety concerns,” said William Solecki, co-author of the report and an environmental science professor at Hunter College in New York.

Recent hurricane seasons, for example, have been some of the busiest and most costly on record, and last year alone, 1 in every 10 homes in the United States was affected by weather disasters, causing more than $56 billion in property damages, according to a February report by CoreLogic, a property information and analytics company.

For that reason, experts said, the United States needs to establish a two-pronged approach to fighting climate change: one that addresses the pressing needs of Americans dealing with climate-related home displacements, as well as one that ensures the country can significantly lower its carbon emissions in the coming decades.

“There are problems today that need solving, and we can’t divert all of our attention away from them because people are [suffering] right now,” said Lauren Augustine, executive director of the National Academies of Science, Engineering, and Medicine’s Gulf Research Program. “At the same time, we do have to look down the road…there’s a lot of work to be done.”

The war in Ukraine — and the recent American decision to cease imports of Russian oil — weighed heavily on the hearing, especially when debate centered on potential plans to divest from fossil fuels and move toward renewable energy.

Rep. Garret Graves, R-La., supported taking action to slow climate change, but said this was the wrong time to move away from fossil fuels, citing current record-high gas prices. Graves suggested that instead of turning to other oil producers like Iran or Venezuela to replace the Russian oil, the United States tap into its vast supply of oil reserves.

But doing so would further damage the country’s long-term ability to lower carbon emissions and fight a climate crisis that experts and recent reports say is only getting worse.

“I agree with [Graves] that simply pivoting to petro fascists in Venezuela or Iran makes no sense,” said Rep. Jared Huffman, D-Calif., “but neither does locking in decades of new fossil fuel dependency on the United States and other oil producers at a time when we have a climate crisis.”

Regardless, there was agreement among lawmakers and experts that despite the grim warnings presented by the reports, there is still a “window of opportunity” to fight climate change.”Future generations are going to know what we knew and when we knew it and how we chose to act,” Augustine said. “In 100 years, we want the people of that time to look back on us today and say that we did the right thing.”