Congress debates daylight saving time, but how will it impact Maryland farmers? 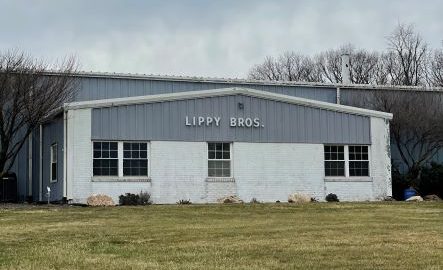 WASHINGTON — Ahead of the semi-annual shift of our clocks last Sunday, lawmakers in Washington discussed whether to move forward with a bill to make daylight saving time permanent year-round.

Rep. Jamie Raskin, D-Md., is a co-sponsor of the bill to eliminate the autumn “fall back” and the March “spring forward.”

While the agriculture industry relies on precise time to effectively work with animals and yield crops, Maryland farmers have yet to reach a consensus on how the adjustment would impact them. And some advocates instead are working to make standard time the only accepted time measurement.

Daylight saving typically occurs from March through November, when we set our clocks forward by an hour — leading to more sunlight in the evenings. In November, clocks are moved back an hour to experience earlier daylight.

A common misconception about daylight saving is that it was created to help farmers but Congress first enacted daylight saving time in 1918, towards the end of World War I, to decrease electricity usage during wartime and allow for more recreation and commerce in the evenings. Farmers campaigned heavily against the idea.

“As a matter of fact, agricultural interests have been against having a formal daylight saving period,” said Mark Brusberg, chief meteorologist at the U.S. Department of Agriculture.

“It’s not necessarily an impact on their bottom line, but it is a significant inconvenience,” Brusberg said.

Maryland farmer Tyler Rill said he doesn’t think much about whether a bill to make daylight saving permanent is worth supporting.

“I don’t think it would affect us a whole lot either way just because we’re still going to wake up at whatever time. If it’s four o’clock, we’re gonna wake up at four o’clock,” Rill said.

Rill is a third-generation farmer at Lippy Brothers Farms, founded in 1965 by his grandfather and granduncles, in Carroll County. The farm grows barley, corn, wheat, green beans and soybeans — exporting about 2 million bushels of soybeans alone annually.

Rill said he would like to have a greater amount of sunlight later in the day to spend with his family, but is not sure a policy change on daylight saving would help his work schedule.

“It’s a lot easier to do things when it’s daylight than when it’s dark. But you still have to get the job done that you have to do so whether it’s light or dark out, we’re still going to do it,” Rill said.

Others however have a stronger preference to keeping or switching from the current system that has them changing clocks twice per year. An AP-NORC poll from 2019 found that about 70 percent of respondents wanted to end the time switches.

“As an astronomer, I really appreciate that standard time is intended to be an approximation of solar time. And solar time is the actual time. A lot of people think that time is arbitrary … But no, it’s a measurement of nature. It’s meant to indicate where the sun is in the sky,” said Jay Pea, an advocate for abolishing daylight saving entirely and making standard time the definitive year-round choice.

Pea, who comes from a family of Iowa farmers, said that the darker morning hours caused by daylight saving time would be unwelcome year-round for farmers who tend to be more productive earlier in the day.

Two states, Arizona and Hawaii, already follow permanent standard time. The Maryland legislature is instead reviewing a measure that would allow for daylight saving time to become permanent year-round within the state.

On Tuesday the U.S. Senate officially passed a bill which would make daylight saving time permanent nationally, though it remains unclear whether it will pass in the House before being sent to President Biden’s desk.