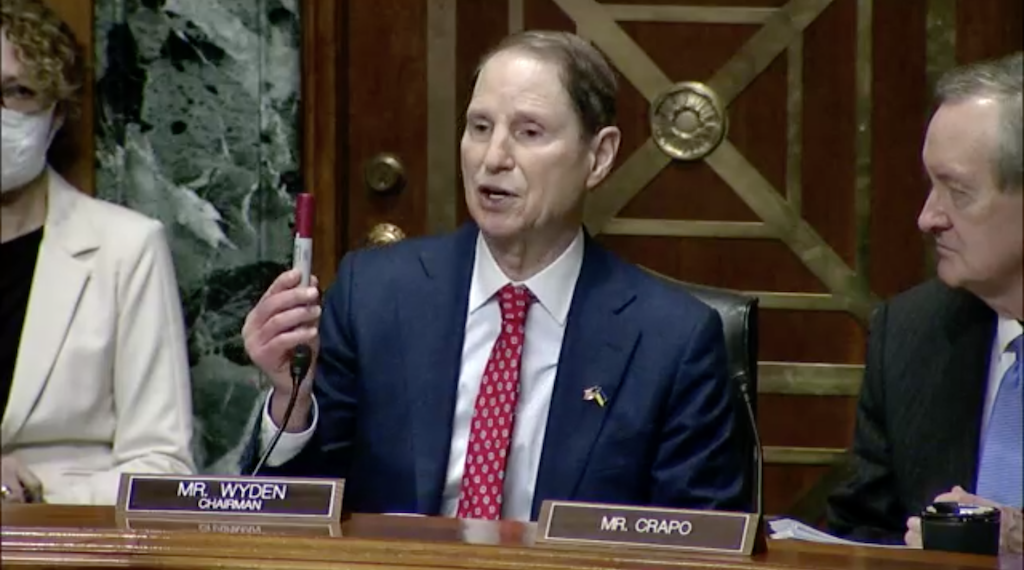 Ron Wyden pulled a Humira “pen” out of his shirt pocket and held it up.

The Democratic senator from Oregon highlighted the prices discrepancies during a hearing in Washington focused on the high cost of drugs for millions of Americans. Lawmakers are once again trying to figure out how to lower medical expenses, especially at a time when U.S. inflation has soared to a 40-year high and is adding more stress to family budgets.

“There is nothing in our healthcare system as broken as the way America pays for lifesaving medicines like insulin,” said Wyden, chairman of the Senate Finance Committee. “That failed system has forced millions of Americans daily to make gut-wrenching decisions between medicines or other necessities of life.”

Democrats and Republicans largely agreed high drug prices are a problem and they found some common ground during the hearing, but it’s still unclear if they have enough bipartisan support to pass a bill that could get through a 50-50 Senate.

Some of the proposals bandied about include:

Drug prices have been rising sharply for years, well before the recent onslaught of inflation. A 2020 study by the AARP found that prices for 260 commonly used medications rose an average of 2.9% a year compared to an inflation rate of 1.3%.

Senators appeared to coalesce around the idea of creating a cap on out-of-pocket drug spending under Medicare Part “D.”

“It would bring peace of mind to seniors across the nation,” said Idaho Sen. Mike Crapo, the top Republican on the committee.

Steffany Stern told lawmakers that rising drug costs have caused an estimated 40% of individuals with multiple sclerosis to alter their drug usage in the last decade.

“They might be skipping doses, they might be going off their meds all together,” said Stern, vice president of advocacy at the National Multiple Sclerosis Society.

“And with that you worry about what’s going to happen? Is my MS going to progress? Am I going to lose mobility or cognition or something like that, and will it ever come back?”

She added that an out of pocket maximum “would be nothing short of life changing for the MS community.”

Other ideas that have long drawn widespread support are adding more competition and stopping the misuse of patents.

Texas Republican Sen. John Cornyn contended the high price of Humira stems from the company having “more than 120 different patents, designed to create what’s come to be known as a patent thicket.”

“That makes it less likely that competitive generic companies can compete with that drug,” Cornyn said.

Yet Wyden insisted the most effective remedy would be to allow Medicare to negotiate drug prices directly with manufacturers. Current law does not allow it.

“Setting out-of-pocket caps without negotiation just passes the price on to somebody else, and that’s usually taxpayers,” Wyden said. “That’s not sustainable.”

Letting Medicare negotiate with drug makers has often been a deal-breaker between the two parties, however.

“One person’s negotiations are another person’s price controls,” Cornyn said.

Iowa Republican Chuck Grassley warned that the small window for striking a deal could be closing and urged senators to act now while Democrats still have a narrow majority.

Grassley said that although he hopes the next Senate is controlled by Republicans, he acknowledged there may be the “difficulty of passing something like this under a Republican Congress.”

“So you got … an opportunity to do it right now when Democrats and Republicans can work together to accomplish this,” he said.