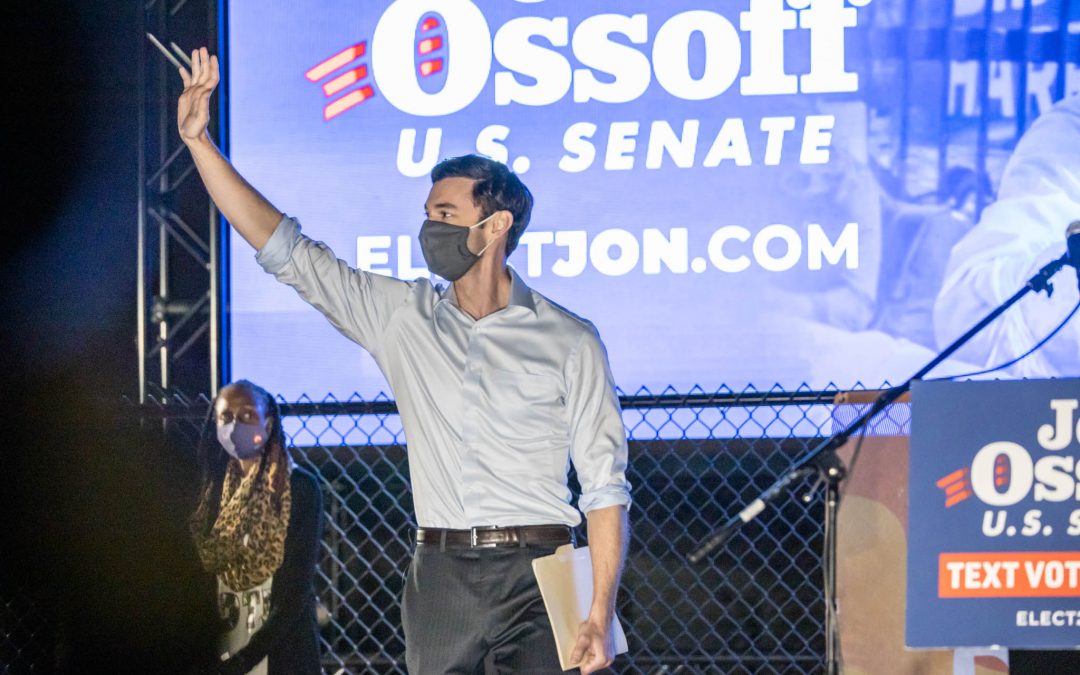 Democratic Sens. Mark Kelly of Arizona and Jon Ossoff of Georgia introduced legislation in January that would ban for-profit corporations from operating political action committees in an effort to reduce corporate influence in Congress.

“There is so much corporate money in electoral politics in the United States and elected officials should be accountable to individuals, to the public, not to corporate donors,” Ossoff told OpenSecrets during an interview in early March.

The proposal follows record-breaking contributions from business PACs in the 2020 election cycle despite pledges from many Democratic candidates disavowing corporate PAC money.

While OpenSecrets’ use of “business PAC” refers to PACs associated with corporations, as well as trade associations and other groups promoting a specific business interest, the Ban Corporate PACs Act would apply only to PACs established and managed by for-profit corporations.

“I think that the corporate money in the U.S. electoral system has negatively impacted policymaking by shifting the focus of the legislative branch to corporate donors from the public interest,” Ossoff said.

In the 2020 cycle, the largest for-profit PAC run by a corporation was AT&T, which gave $2.7 million to candidates — 54% went to Republicans and 46% went to Democrats.

So far this cycle, AT&T’s larger PAC contributions include $30,000 to the NRSC, NRCC, DSCC and DCCC each.

In the 2020 cycle, American Crystal Sugar Company and Comcast were the second and third largest corporate PAC contributors at $2.7 million each, followed by aerospace and defense conglomerate Raytheon Technologies with $2.4 million.

Among all business PACs, Democratic and Republican candidates have benefitted fairly equally, as both received a total of $56 million.

Of the congressional candidates up for reelection in 2022, Senate Majority Leader Chuck Schumer (D-N.Y.) has raked in the most in PAC money — $3.3 million in 2021 — though this figure includes all PACs, not just business interests.

Some of the top business interest PACs that contributed the total maximum of $10,000 in 2021 to Schumer include Blackrock Funds Services, Comcast, Visa and Xerox.

Some of the corporate PACs that contributed to Scott’s total include Aflac, Amgen, Blackrock Funds Services, Exelon Corp, General Motors, Home Depot, Transunion and Visa — all of which contributed $10,000 to Scott’s 2022 bid.

Under Ossoff and Kelly’s legislation, any existing corporate PACs would have to fully disburse their funds within one year of the bill taking effect.

Although business PAC contributions are generally accepted by members of both parties, Ossoff said he is not concerned about opposition he may face within the Democratic party.

“I ran on a promise to pursue reform and I always knew that would ruffle some feathers, and if it ruffles feathers in my own party, I have no problem with that,” he told OpenSecrets.

Asked about corporate contributions to super PACs, Ossoff said “we may need to look at legislation that addresses that as well.”

“[The Ban Corporate PACs Act] focuses on the formation and operation of corporate PACs, but there’s a need for broader campaign finance reform,” he added.

The Ban Corporate PACs Act follows Ossoff and Kelly introducing a bill that would require members of Congress and their families place their stock portfolios into a blind trust while in Congress, which both Ossoff and Kelly say they have done themselves.