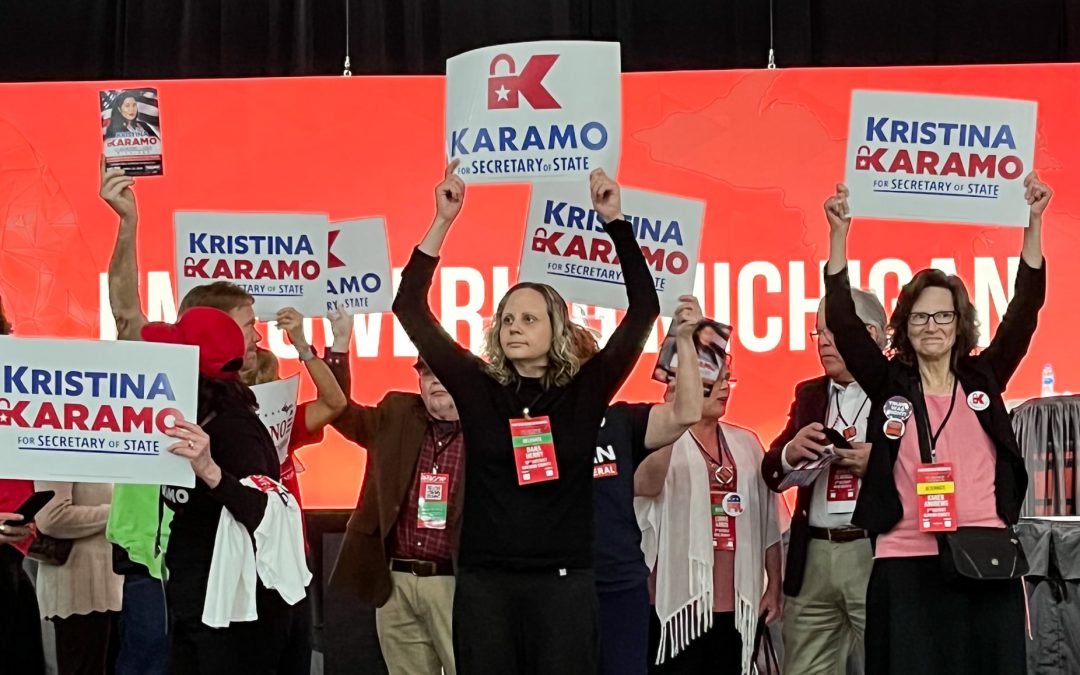 GRAND RAPIDS, Mich. — The Michigan Republican Party endorsed Kristina Karamo as its secretary of state candidate Saturday, making her the first GOP secretary of state selection who has repeatedly cast doubt on the 2020 election outcome. Former President Donald Trump endorsed her in September.

“I will not let you down,” Karamo said at the GOP’s endorsement convention. “I’m fighting for the people of Michigan, irrespective of political affiliation.”

After a formal party vote in the August GOP primary, Karamo is expected to face incumbent Democratic Secretary of State Jocelyn Benson in the November general election.

A political newcomer, Karamo is among at least 17 other election deniers vying for control of election proceedings in 14 states and one of three backed back by Trump.

Approximately 2,500 Republican delegates chosen at the county level cast their ballots Saturday at DeVos Place in Grand Rapids for several down-ballot races. Karamo garnered about 67% of secretary of state votes in the first round.

Michigan selects candidates for some offices — including secretary of state, attorney general and university board members — by party nomination at a convention, rather than a primary vote. The parties’ candidates for Congress, governor and the state legislature will be determined by primary elections in August.

Trump congratulated Karamo Saturday after she secured the party endorsement.

“Michigan is one of the worst on election fraud and corruption,” the former president said in a statement, “and they [Karamo and Matt DePerno, the Republican party’s unofficial attorney general nominee] will put an end to it!”

Hillsdale County delegate Namrata Carolan said Trump’s endorsements “play a big role” in how she casts her vote. She named election integrity as one of her top concerns.

“Maybe this fight will go in vain, but I’m fighting for my children,” Carolan  said.

Holly Spalding, a delegate from Oakland County who carried a Karamo sign and sported a “Kristina for SoS” button on her jacket, said she thinks Trump’s support for a candidate is “important, but it’s not 100%. It checks the box.”