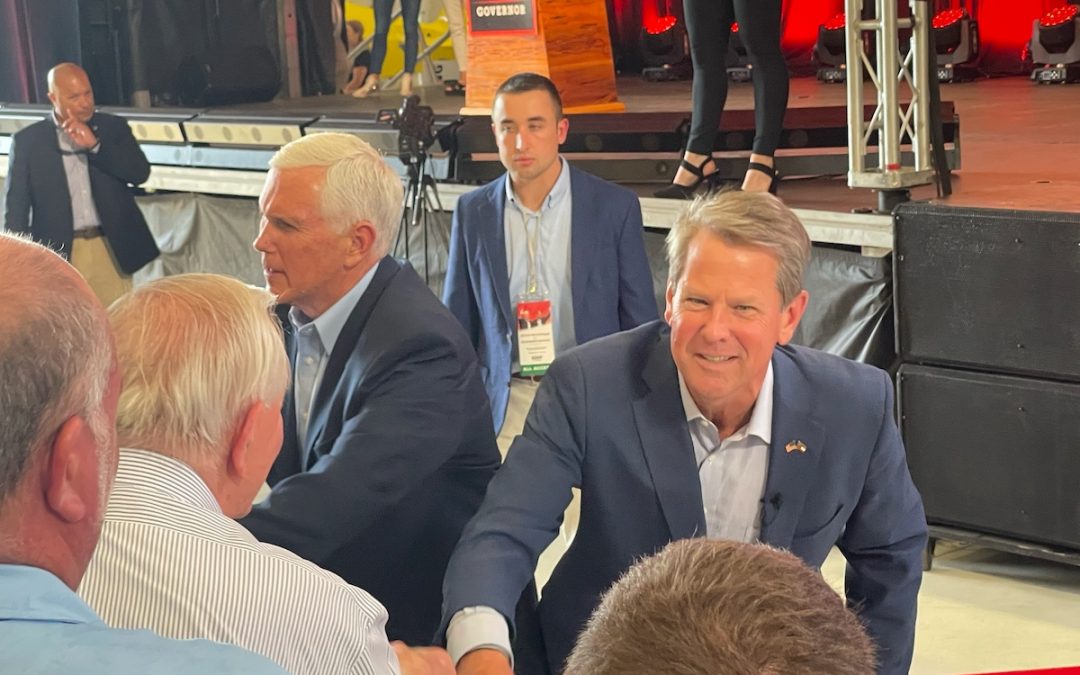 Raffensperger’s victory represents a win for establishment Republicans over Trump Republicans. It was mirrored by Georgia Gov. Brian Kemp’s victory over the Trump-endorsed candidate, David Perdue. Kemp will go on to face Democrat Stacey Abrams in November — a rematch of the 2018 gubernatorial race that saw Abrams become a household name across the country.

In November, Raffensperger will face off against the winner of the Democratic runoff election. Runoff elections are held in Georgia when no candidate wins the required 50% majority of votes.

Raffensperger rose to prominence in 2020 when then-President Donald Trump called him and asked that he “find 11,780 votes, which is one more than we have.” Raffensperger refused and told Trump the election results were accurate.

Hice, on the other hand, has based his campaign on the false premise that the 2020 election was stolen. The Georgia representative voted against certifying election results from Georgia and Pennsylvania after the Jan. 6 attack on the U.S. Capitol.

“If we had an accurate understanding of the irregularities and fraud that took place, I believe it would prove that President Trump won,” Hice previously said.

Hice also attended a meeting at the White House with former President Donald Trump in December 2020 to discuss overturning the election results.