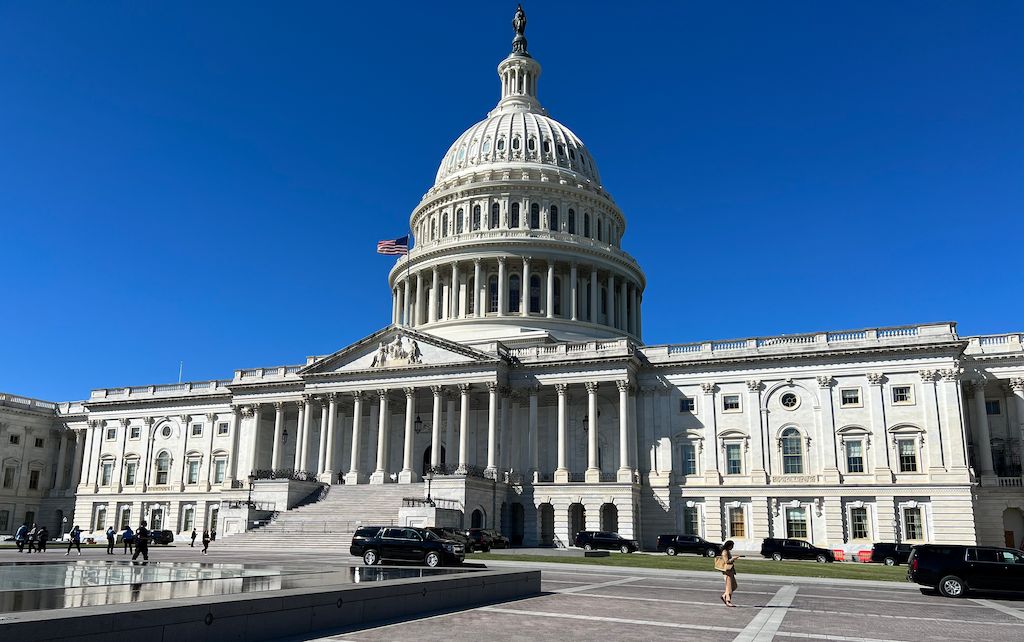 Before going on the campaign trail, Democrats and Republicans in the House and Senate worked together to fund the government into December. (Kaila Nichols/MNS)

A rare commodity in Washington – strong bipartisan support – helped the Senate and House move forward in passing the stopgap budget bill Sept. 30. The bill would fund the federal government through December 16.

Both parties share the desire to finish quickly in order to campaign for the remaining weeks before election day.

Sen. John Thune, the Republican whip, told reporters that both parties worked to make the bill narrow in the hopes that it would receive bipartisan support in the House as well. The whip is mainly responsible for counting and gathering members for votes.

The Senate’s top Democrat, Majority Leader Chuck Schumer, also stressed the urgency of avoiding a “needless shutdown.” Once the bill was passed, moved to the House and finally, President Joe Biden signed it. A failure to pass could have led to a partial government shutdown with possible delays and disruptions to public benefits.

“We must work fast,” the senator said prior to the vote.

“There is every reason in the world to get to yes and I would look forward to working with Leader McConnell to make sure we can do that.”

The Category 4 hurricane in Florida added to the bill’s urgency. The resolution contains billions in disaster aid to help places like Puerto Rico, Alaska, and Louisiana that have also experienced extreme storms in the past year.

While the senators agreed on getting the bill passed, they also spent time to signal their plans for the midterms.

Democrats are focused on the productivity of the longest 50-50 Senate in history, highlighting legislation such as the American Rescue Plan, the bipartisan infrastructure bill, gun safety, and most recently the Inflation Reduction Act.

Sen. Mitch McConnell (R-Kent.) shared his predictions for the midterms in which he said Republicans will address three national issues: inflation, crime, and open borders.

“We’re in a bunch of close races. I think we have a 50-50 shot at getting the Senate back. It’s going to be really, really close in my opinion,” McConnell said.