Adaptation finance to be a key issue at COP27 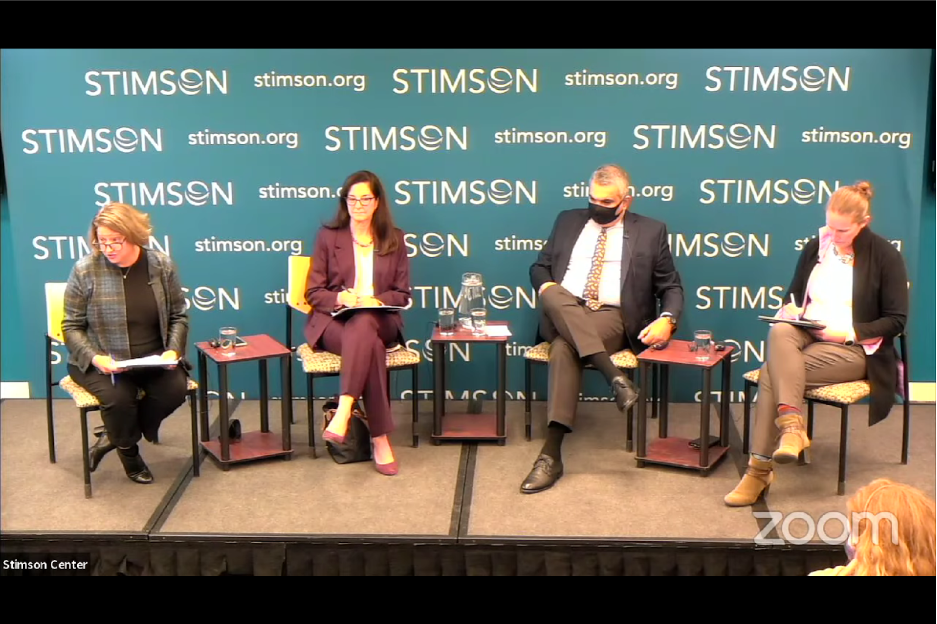 WASHINGTON — With just three weeks to go until the opening of the 27th Conference of the Parties to the United Nations Framework Convention on Climate Change, known as COP27, small island states and coastal communities from across the globe are calling for greater attention to be paid to the challenges of adaptation.

Nearly 900 million people live in low lying coastal areas that are at high risk for climate emergencies. However, only seven percent of climate-related financing is spent on building resilience in the communities that need it, according to Valerie Hickey of the World Bank.

“What we are saying to poor countries and small island states is they are on their own,” said Hickey. “We’re saying, wait, we need to figure out decarbonisation first. But of all the people in the world, they don’t have the luxury to wait.”

Hickey was speaking on a panel hosted by the Stimson Center, a U.S.-based think tank focused on international peace and security, on Tuesday. Joined by Motaz Zahran, Egypt’s Ambassador to the U.S., and Monica Medina, the U.S. Assistant Secretary of State for Oceans Environment and Science, the panelists discussed the importance of building climate resilience around the world.

There was a clear consensus that, while decarbonisation is fundamental to the global fight against climate change, advancing adaptation measures cannot be delayed. States in need of assistance must play a central role at COP27, which will be held in Sharm El Sheikh, Egypt, next month.

“If you aren’t on the table, you’re on the menu,” said Hickey. Voices from developing countries and coastal communities are needed to ensure conversations are weighted towards adaptation challenges and vulnerable communities.

The key theme at COP27 will be implementation. This will build on COP26, held in Glasgow last year, where parties signed on to the Glasgow Climate Pact and strengthened efforts to “build resilience to climate change, to curb greenhouse gas emissions and to provide the necessary finance for both.”

Zahran noted the challenge of unlocking funds for climate action in our precarious geostrategic environment. However, climate disasters are not something to consider in the future, they are a present day issue, he said.

In 2021 the UN’s Adaptation Gap Report addressed the urgent need to increase climate adaptation finance. It estimated annual adaptation costs to be around $300 billion by 2030. For comparison, the World Bank delivered a record $31.7 billion for climate-related investments in its 2022 fiscal year. Forty-nine percent of this, or $12.9 billion, was directed to adaptation measures.

We are already seeing the devastating effects that climate change can have on countries with limited adaptation resources, according to Hickey, including the tragedies experienced across Pakistan this year. “This isn’t a problem for our grandchildren,” she said. “We talk about this as if climate change is something that is going to happen in 2050. But it’s a problem for our grandparents today.”