Did the Great Resignation really happen? Most workers are staying put. 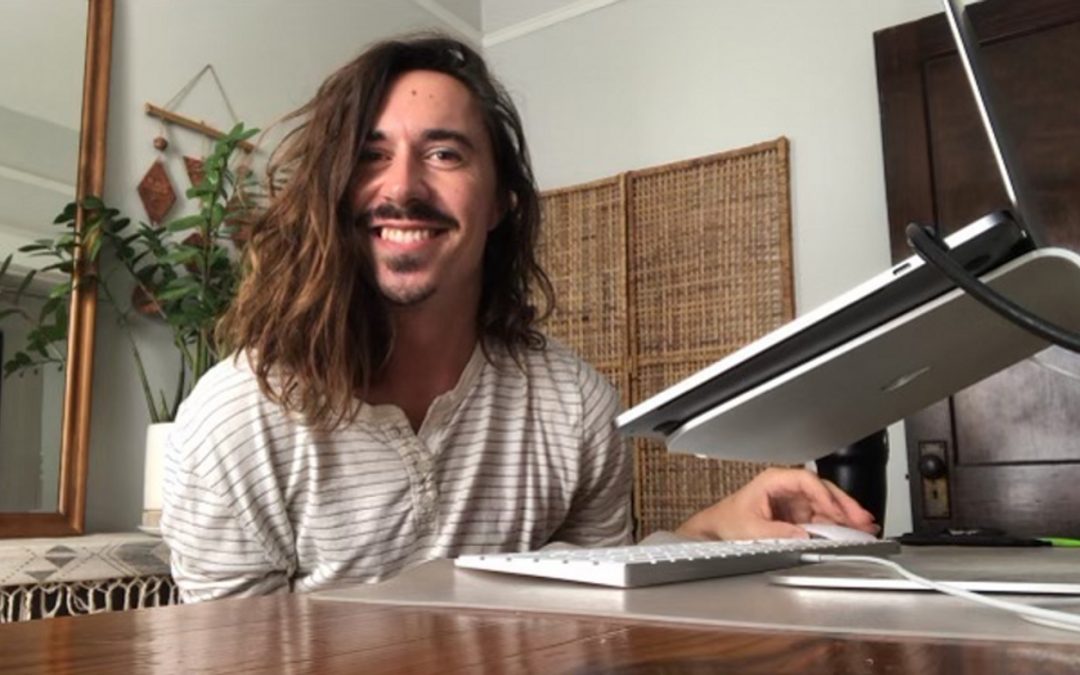 Cody Simms, 27, recently changed jobs as a product and user experience designer. He said the pandemic and labor market conditions did not influence his decision, but that he was just ready to take the next step in his career. (Courtesy Cody Simms)

WASHINGTON — The so-called Great Resignation — the historic jump in the number of Americans quitting jobs — may not be so great after all.

The average length of time an American worker stays at a job, it turns out, is the same compared to pre-pandemic times, according to a new government survey.

The typical employee has been working at the same company for 4.1 years, according to research by the Bureau of Labor Statistics. That’s unchanged from January 2020, when the data was last collected.

“I know [the Great Resignation is] something that people have been talking about,” said Jim Borbely, senior economist at the Bureau of Labor Statistics. “But it’s just something that the data doesn’t necessarily bear out.”

The idea of a Great Resignation took hold last year after a record surge in workers quitting.

The number of job quitters topped 4 million for the first time ever in April 2021 and hit a record 4.5 million later in the year, based on a separate BLS report.

Economists say workers took advantage of the tightest labor market in decades, quitting old jobs for better ones that offered higher pay and benefits such as remote work.

Some also likely left jobs where they were in frequent contact with customers during the pandemic in favor of occupations with less exposure to the public. Even now employment at restaurants, hotels and other hospitality companies are stuck well below pre-pandemic levels.

Yet the research on job tenure suggests turnover is relatively stable, meaning the labor market is not behaving much differently than it was prior to the pandemic.

Tim Corrigan, 33, has worked for more than seven years as a project manager for a health insurance company in Hillsborough, N.C. He has no plans of leaving.

“I’ve had little incentive to go elsewhere because there’s plenty of opportunity for me here. Really, everything I’d look for in another job is essentially met,” he said.

Corrigan said the salary is competitive, he feels challenged, and he likes his coworkers. His company now allows him to work from home whenever he wants, too.

Corrigan added that he has enjoyed the stability of his job since the coronavirus pandemic began in 2020.

“Given the state of the world the last, we’ll say, two and a half years, you know that’s something that I kind of value over anything else,” he said.

Corrigan said he knows very few people who have left their jobs in the last two years. His experience, along with the employee tenure data, raises the question: Has the Great Resignation been exaggerated?

A new survey from NPR, PBS NewsHour and Marist University found that 38% of American workers have changed jobs in the last two years. That’s an increase from 32% in a survey asking the same question in early 2018.

But Borbely, the BLS economist, said the increase between the results of the two surveys is not all that large.

“I don’t know how much you need for something to be considered a Great Resignation,” he said. “But 32% and 38% don’t seem all that different.”

Cody Simms, 27, is a product and user-experience designer in Richmond, Va. He left his job last November to gain a pay increase and explore another area of his profession.

But he says there was nothing about the pandemic or current labor market conditions that made him consider the change. He said he was just ready for the next step in his career.

Simms, like Corrigan, appreciates stability. He said he plans to stay in the role for at least two to four years — right in line with the national average.