The retired DJ and sound engineer was working at a voter registration booth for the non-partisan group PA Votes and wore a black cap proclaiming his status as a veteran.

Interviews with Pennsylvania voters in both Pittsburgh and a small town in rural Pennsylvania revealed mixed opinions about the way Oz promoted unproven medical treatments on his show. Many, including Fetterman supporters, said they don’t think the supposed controversy is a big deal, dismissing it as just part of the noise of election season.

Nelson said his support for Fetterman reflects his concern over the country’s growing divide between the haves and have-nots. But he doesn’t take seriously what Oz said on “The Dr. Oz Show.”

“There used to be like 15 talk shows a day,” Nelson said. “And out of those 15 talk shows maybe one would be credible as far as information. ‘Cause let’s just face it – it’s talk. It’s gossip.” 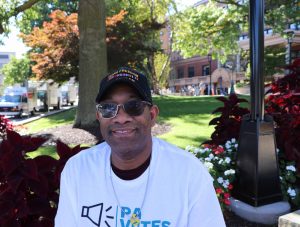 But Oz, who’s been campaigning on both his medical and television background, regards his show as more than a mere gossip program.

“The show did very well because it provided high quality information that empowered people, which is exactly what I want to do when I’m a senator. Give people the power. Let them make decisions for their well-being,” Oz said during a debate with Fetterman Tuesday.

A former heart surgeon, Oz catapulted to fame through his appearances on “The Oprah Winfrey Show.” Oprah dubbed him “America’s doctor.”

But Oz earned the ire of some in the medical community by using his show to promote products that lack scientific backing.

In a close race that’s considered key to deciding which party controls the Senate, Fetterman has been attacking his opponent for the remedies and products he promoted on his show. One ad by the Fetterman campaign highlights clips of Oz tempting viewers with statements like “Lose fat without diet or exercise!” and “How much would you pay for a pill that takes your body back 10 years?” The ad compares the celebrity doctor to a cartoon quack physician from the animated sitcom “The Simpsons.”

They say the Simpsons always predict the future – and once again, they nailed it. pic.twitter.com/hx5ivJtpdg

“Dr. Oz is not just a phony and a fraud, he is a malicious scam artist who knowingly hurt regular people to line his own pockets,” Fetterman said in a statement Oct. 3.

A group of Pennsylvania doctors called “Real Doctors Against Oz” has been campaigning for Fetterman, highlighting their concerns with Oz’s medical record. In August, the group put out a letter, signed by over 100 Pennsylvania physicians, saying Oz “exploited the hopes and fears of his viewers by promoting unproven, ill-advised, and at times potentially dangerous treatments.”

“I ruffled a lot of feathers on my show because I told people the truth, and I’m proud of that,” he said. “I’ll do the exact same thing as a U.S. senator.”

“I think it makes him less trustworthy because of the snake oil,” the Fetterman supporter said. 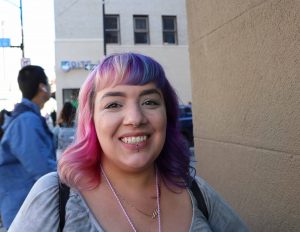 In Smithton, Pennsylvania, a sleepy rural town about an hour southeast of Pittsburgh, most people were reluctant to discuss politics. 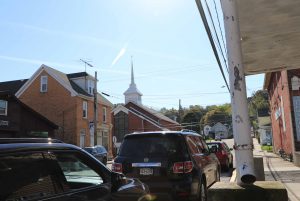 But in the Smithton fire station, paramedic and 911 dispatcher Marty Pomebshek was willing to share his views.

Pomebshek, 32, said he hadn’t yet decided whether to vote for Oz or Fetterman. He’s also not sure what he makes of the attacks on Oz. Oz might have just been giving his opinion as a doctor, he said, but he also might have been putting ratings over giving quality health advice. 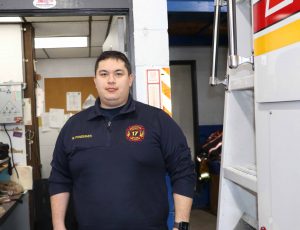 At a Denny’s restaurant just outside of Smithton, Georganna Zawalsh, a 49-year-old wedding venue owner from nearby Mount Pleasant, Pennsylvania, said she plans to vote for Oz because she thinks Fetterman is too extreme. Zawalsh said she isn’t concerned about the accusations of Oz promoting questionable medical treatments. She has watched “The Dr. Oz Show,” and she said he just gives suggestions. She said it’s up to viewers whether they want to try the products highlighted on his show. 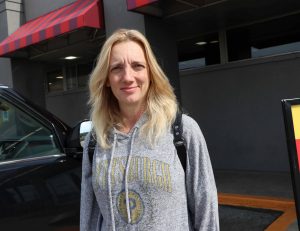 However, Zawalsh isn’t particularly excited to vote for Oz.

“I wish it was somebody more local,” she said.

The notion that Oz, who says he moved to Pennsylvania in 2020, is a carpetbagger is an attack from the Fetterman campaign that seems to resonate with both Republicans and Democrats in the state.

Nelson, the veteran working the voter registration booth in Pittsburgh, stressed that his candidate, Fetterman, is a Pennsylvania native.

“When Fetterman talks about facts having to do with this state – the economy, the infrastructure – he knows it,” Nelson said. “He’s lived it. He’s not a part-time citizen. He is a resident.”