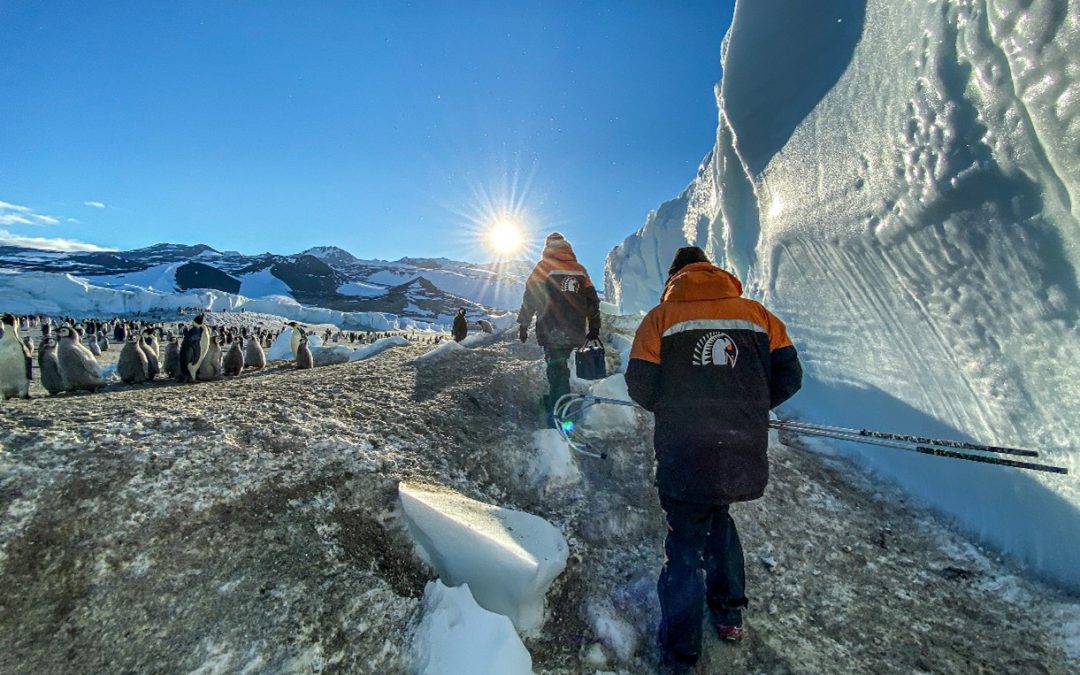 WASHINGTON – Antarctica is home to the coldest place on Earth and 70% of the planet’s freshwater, but the absence of human occupation makes it easy to overlook the continent’s rapidly changing climate. This week, however, Antarctica took center stage in both the U.S. and New Zealand.

The impacts of human-caused climate change mean the continent’s most charismatic residents, the emperor penguins, were designated a threatened species by the U.S. Fish and Wildlife Service on Wednesday. The following day, New Zealand Prime Minister Jacinda Ardern embarked on the five-hour journey south to visit Antarctica and emphasize the importance of research and international cooperation amid the climate crisis.

“Antarctic research is urgently needed to understand past and future climates, how we are affecting Antarctica, and how Antarctica will affect us,” she said in a statement earlier this week.

Endemic to Antarctica, emperor penguins are not located within any country’s sovereign territory. Their demise is a global problem, as is the preservation of the continent of Antarctica.

New Zealand is a key collaborator for the U.S.’s Antarctic endeavors. McMurdo Station, the largest U.S. research station on the ice, is located just 3 miles from New Zealand’s Scott Base. Operation Deep Freeze, U.S. military support missions, are flown out of Christchurch, New Zealand, during the summer season.

These close logistical relations were evidenced this week, when Ardern flew from Christchurch to McMurdo Sound on a U.S. Air Force plane.

The U.S. and New Zealand are currently co-funding a study of Antarctica’s largest emperor penguin colony. According to the New Zealand’s National Institute of Water and Atmospheric Research, the ice-based team comprises one New Zealander and three Americans.

Wild emperor penguins rely on sea ice to form breeding colonies, forage for food, and avoid predation. Found only on Antarctica, their survival is threatened by the extreme effects that human-caused climate change is having on the continent.

Researchers were alarmed in March this year, when temperatures on the Antarctic Plateau surged 70 degrees warmer than usual at that time of year. The continent’s ice mass is melting at an average rate of about 150 billion tons per year, according to NASA.

Research into the penguin colony is expected to shed light on the rate and extremity of climate change in the area, as well as the impacts on the birds themselves. The penguins’ feeding and habitat changes can be key indicators of the effects of climate change and state of the sea ice, New Zealand’s Institute said in a statement.

By designating them as “threatened” under the Endangered Species Act, the U.S. Fish and Wildlife Service has recognized that they are likely to become endangered in the near future.

“This listing reflects the growing extinction crisis and highlights the importance of … efforts to conserve species before population declines become irreversible,” Martha Williams, director of the U.S. Fish and Wildlife Service, said in a statement.

According to a 2021 report co-authored by experts from the U.S., New Zealand and five other countries, the listing will make available a number of the Act’s protective measures, even though emperor penguin colonies are not located in U.S. territory.

“ESA listing would require all U.S. Federal agencies to evaluate and ensure that their activities do not jeopardize the species or their habitat, which could include limiting greenhouse gas emissions for species endangered by climate change,” the report stated.

International cooperation is key to understanding and protecting Antarctic species as human actions continue to warm the planet. This is managed through the Antarctic Treaty System, which comprises fifty-five countries and promotes international cooperation. The U.S. and New Zealand are just two of 29 countries with permanent research stations scattered across the continent.

This week’s visit makes Ardern the third New Zealand Prime Minister to visit Antarctica in 15 years. Ardern has a long-held fascination with the area. She is a self-professed super fan of 19th-century Antarctic explorer, Ernest Shackleton, and has even considered getting a tattoo with his silhouette.

Speaking from Scott Base, Ardern echoed the strong connection between Antarctica and the rest of the world. “It is easy to feel detached from this incredibly remote place where so few people ever have the privilege of coming,” she said. “But there is such a close connection, in so many different fields, between our daily lives and the research that is happening here.”