Europeans speak up against the repercussions of the energy crisis 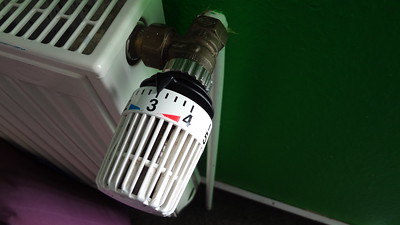 AMSTERDAM, NL – On a gloomy day in October, Cathy Doyle grabbed a blanket and a pair of socks as she shouted, “Stop!” to her roommate, who was rushing to turn up the thermostat in their apartment.

As the energy crisis in Europe persists and European Union officials scurry to find alternatives for their heavy dependence on Russian fuel, individuals throughout Europe are paying the price with higher utility bills.

Doyle and her roommate live in an apartment that is barely big enough to fit a couch. Still, paying to keep it warm during an energy crisis has become a growing concern.

Many Dutch residents use gas to heat their houses, and the Netherlands had the second highest gas costs in Europe in July, according to the Dutch website energievergelijk.nl. Gas prices have climbed to a record high of 350 euros per kilowatt hour in 2022 as a result of the Ukraine conflict, meaning that consumers are paying rates that are three to four times more than a year ago.

“I used to pay 60 euros per month for electricity and now you’re up to like 150 euros, which is at least double to almost triple the original price,” Langebner said. “It is ridiculously expensive.”

Europeans have long known that relying on Russia for energy was risky.

According to a 2008 survey, a majority of citizens in all western European countries, with the exception of Spain, were either very concerned or fairly concerned about the fact that their country had become too dependent on Russia for its supply of energy resources. The Pew Research Center survey also revealed a diminishing level of trust in Putin.

Putin’s popularity in Europe fell dramatically between 2003 and 2007, after Russia cut off gas supplies to Ukraine, blocking energy destined for Europe. In several countries, including Germany, France and Spain, Putin’s favorable ratings were cut in half.

“We should have seen this coming,” said Jakob Schneider, a 21-year-old student from Austria. “Europe’s dependence on Russia [for oil] was poorly planned from the start, and more could have been done to avoid the rising costs.”

Schneider said that being a student in the midst of high inflation and rising energy prices leaves him overwhelmed and financially concerned.

“I’m only a student right now. I can’t work. So seeing costs for everything go up and up gives me a lot of anxiety,” Schneider said.

Annual inflation in Europe is expected to hit 10.7% in October 2022, up from 9.9% in September according to a flash estimate from Eurostat.

As a result of non-stop price hikes, some Dutch people are criticizing the European Union for not doing enough to support its inhabitants throughout this challenging time.

Billy Todd, a Dutch citizen, is fed up with the European Union’s stance on the Ukraine conflict and believes that the expense of defending Ukraine is not worth it if oil prices are so high.

“I helped enough,” Todd said. “We Europeans really don’t want to stay in the cold and in the dark, to have daily rising prices, etc., just to be in solidarity with Ukraine.”

Todd, who has been vocal about the subject on Twitter, attributes most of the blame to Ursula Von der Leyen, President of the European Commission.

“I am against Ursula,” Todd said. “ [She] destroys, through the discretionary measures adopted by her, the economy of the European countries.”

This increasing public backlash on the European Union has placed a lot of pressure on individual nations and their governments to lead people through the emerging crisis.

Belgium’s Prime Minister, Alexander De Croo, has spoken out on the subject and has told EU leaders that action must be made.

“The time for excuses has gone,” De Croo told the Associated Press days before the European Summit in Brussels last month.

“If the EU still wants to be meaningful, contain energy prices and better protect families and businesses in this energy war, it finally has to deliver,” De Croo said.

The European Parliament and Commission have been discussing ways to lower energy costs for months, but no legislation has developed.

As a response, the Dutch government has stepped in and sought to address the issue on a national level by developing a plan that seeks to assist households and small businesses.

Beginning on January 1, 2023, the Dutch government intends to implement a price cap to benefit all small energy consumers and bring down energy bills. In addition, small-scale users will be eligible for a 190 euros monthly reduction on their energy bills during November and December of this year.

Cathy Doyle acknowledged her support to the Dutch government for taking action but expressed concern about the future.

“There needs to be a much more unified response from both the EU itself and the governments in the bloc,” Doyle said. “We talk a lot about being a unified body but there’s still so much disconnect, which really becomes apparent in times of crisis like this. My hope is that we can all work together towards the kind of common goal that the EU was set up to achieve.”