Moderate with a MAGA edge: In Tidewater Virginia, a Republican House candidate seeks to walk the Youngkin tightrope 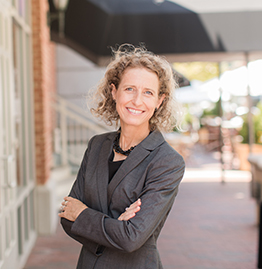 The Republican House candidate for Virginia’s District 2 has made her gray Honda a frequent motif in her campaign, using it to relay her relatability to voters as a working mom. One ad, for instance, shows her driving the minivan to the store while decrying grocery and gas prices.

In one of the midterms’ most competitive races, State Senator Kiggans (R-Virginia Beach) is seeking to portray herself as a moderate who focuses on kitchen-table issues all Virginians care about. But she has recently supported some divisive culture-war issues, and she has avoided saying whether she believes President Joe Biden was legitimately elected. In this way, Kiggans seeks to walk the same tightrope Youngkin did in his successful bid for Virginia governor last year, portraying herself as a unifying moderate while also taking some MAGA-leaning positions.

Kiggans’s Democratic opponent, incumbent Rep. Elaine Luria, has sought to portray Kiggans as an extremist. She has accused Kiggans of wanting to roll back abortion rights.

“I know Mrs. Kiggans was, as soon as the Dobbs decision happened, getting in her car – I’m sorry, not a car, a minivan – getting in her minivan to drive to Richmond ‘cause she thought the governor was gonna call a special session to try to end reproductive freedom here in Virginia,” Luria said during an October debate with Kiggans.

In response, Kiggans said she is a “pro-life candidate” but that she supports exceptions for rape, incest and danger to the life of the mother. She also said she believes abortion should be decided at the state level.

Kiggans has accused Democrats of trying to use “shiny objects” like abortion to distract voters from economic issues.

As a state senator, Kiggans gained a reputation as a moderate. She broke with her party on issues like the environment and nondiscrimination protections for LGBTQ people.

But this year, Kiggans seemed to shift further to the right. She sponsored bills to prohibit schools from teaching “divisive concepts” and prevent transgender girls from playing on girls’ sports teams.

Kiggans was also among just a handful of Republicans in the Virginia Senate to support an unsuccessful bid for a $70 million audit of the state’s 2020 election results. And although she has not outright said the election was stolen, Kiggans has danced around the issue. When asked by WTKR if she thinks Biden was legitimately elected, Kiggans simply said Biden “lives in the White House, and I wish that he didn’t.”

This is a stark contrast to Luria, who has made her service on the House committee investigating the Jan. 6 insurrection a centerpiece of her campaign.

So will Kiggans’s political balancing act pay off? Ultimately, it may not matter. According to political analyst Charlie Cook, District 2 leans Republican. He predicted that Luria would have a hard time overcoming that advantage.

“In a bad year, that’s a pretty tough fight to win,” Cook said Thursday during a panel on the 2022 midterms. “In the House, candidate quality … just matters a heck of a lot less.”