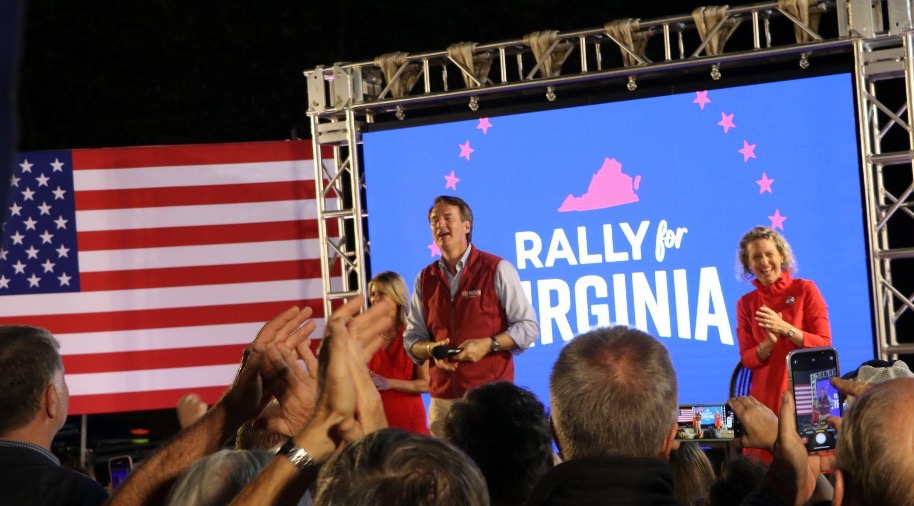 If Republicans are on the crest of a “red wave” in the 2022 U.S. elections, a tight congressional race in Virginia could offer one of the earliest clues.

Democratic Congresswoman Elaine Luria is trying to fend off a challenge from Republican Jen Kiggans. The contest between two Navy veterans is viewed as a tossup in a newly remade Second Congressional District that leans slightly conservative.

The race is a bellwether for the nation, said J. Miles Coleman, a political cartographer at the University of Virginia.

Virginia polls close at 7 p.m. on the East Coast, so the state will have some of the earliest results available on Tuesday night. Republicans are heavily favored to win the House while the fate of the Senate is uncertain.

“For Republicans to pick up the majority, a seat like the Second District would be sort of the bare minimum.”

— J. Miles Coleman, political cartographer at the University of Virginia

A win by Luria might suggest Democrats could limit Republican gains and avoid a major wipeout at the voting booth. Like other Democrats, the 47-year-old Luria has highlighted her support for abortion rights and the threat to democracy posed by the Jan. 6, 2021 attack on the U.S. Capitol.

If Kiggans, 51, prevails, it could herald a big night for Republicans. The Virginia state senator has sought to tie Luria to an unpopular President Joe Biden and blames Democratic spending for high gas prices and inflation, a popular conservative line of attack across the country.

“This is the No. 1 race I’m going to watch tomorrow night, because when Jen wins, we win the majority,” Republican House Minority Leader Kevin McCarthy said at a campaign event on Monday night in behalf of Kiggans.

She first won her seat narrowly in 2018 under a more friendly congressional map when Democrats seized control of Congress. And she was easily reelected in 2020 after Biden trounced Donald Trump in Virginia.

Now the biggest headwind for endangered Democrats such as Luria is a favorable national political climate for Republicans. Glenn Youngkin rode disaffection with Democrats to Virginia’s governor’s mansion in 2021.

All politics is local?

Redistricting has changed the district dramatically since Luria won reelection by some 20,000 votes two years ago. Most notably, it no longer includes Hampton, a majority Black city and Democratic stronghold.

The district now includes Suffolk, a city that also supported Joe Biden in 2020 but by a narrower margin.

An estimated 50% of voters in the newly configured district have tended to vote for Republicans in recent elections, according to an analysis from Dave’s Redistricting App. That number sits at 48.6% for Democrats.

Black voter turnout could still determine the election. Biden received 89% of the commonwealth’s Black vote in 2020, according to a Washington Post analysis.

Luria needs a similar level of support. The district is still about 25% Black, the third highest of any congressional district in the Commonwealth.

Coleman, the politics scholar at UVA, stressed the importance of the Black vote.

“That’s really the voters that she’s going to need to turn out,” Coleman said. “And I know that’s something she’s been doing. It seems like every weekend she does events at Black churches.”

Black voter turnout has lagged behind other groups, however.

About 62% of eligible Black adults in the Second District voted in 2020 under the old boundaries, U.S. Census Bureau data showed. By contrast, 75% of eligible white adults voted.

That was in a presidential election year. Turnout is unlikely to be that high in this year’s midterm elections.

Still, if Black voters close the turnout gap, that could tilt the election in favor of Luria.

Eligible voters are now able to register to vote in person at polling places during early voting and on Election Day. Previously, the state stopped accepting new registrations in mid-October.

Same-day voter registration laws around the country do not dramatically boost voter turnout, but even small shifts can decide close elections.

Neither campaign responded to inquiries on whether they campaigned differently because of the new law. Nor is it clear all voters are aware of the change.

Deb Wake, president of the nonpartisan League of Women Voters of Virginia, said it has been hard to communicate to voters about the policy change. “We’ve been so busy with about half a dozen other things that we haven’t been messaging on it very well,” she said.

David Williams, a volunteer for the Republican Party of Virginia Beach, said they are focusing instead on training poll observers for Election Day.

“There’s this thinking that higher turnout is automatically going to be good for Democrats,” he said. “Youngkin got more raw votes than anyone who’s ever run for Virginia governor before, and he won.”