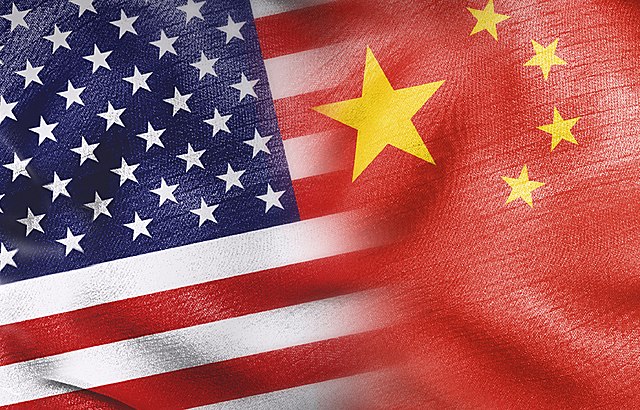 WASHINGTON– Every few months over the last several years, there seemed to be a new low in recent U.S.–China relations. However, President Joe Biden’s meeting with his Chinese counterpart Xi Jinping Monday in Bali, Indonesia, signaled their openness to repair bilateral relations.

China is one of the largest trading partners of the United States. But disagreements over the future of Taiwan, military rivalry and technology restrictions pushed their relationship down to its lowest point in decades. The positive tone of Monday’s meeting was a departure from the steadily increasing economic and security tensions.

Biden said the talk with Xi was “an open and candid conversation about our intentions, and our priorities,” while China’s official summary described the talks as “thoroughgoing, frank and constructive.”

“I’ve never seen Xi Jinping so happy in a photo with a foreign leader. The optics of it were very outstanding and friendly,” said Neysun Mahboubi, a research scholar of the Center for the Study of Contemporary China at the University of Pennsylvania.

They met on the eve of the G-20 gathering of leading rich and developing nations. It was the first time the two presidents met face-to-face since Biden became president. During the meeting, both presidents agreed to restore regular communications.

“I look forward to working together with you, Mr. President, to bring China–U.S. relations back to the track of health and stable development for the benefit of our two countries and the world as a whole,” Xi told Biden at the start of their summit.

Biden said he was not looking for conflict and wanted to manage the competition between the two nations responsibly and maintain open lines of communication. Biden told the press after the meeting that he absolutely believes there “need not be a new Cold War.”

Taiwan was a key issue at their meeting. Biden reiterated the U.S. remains committed to the “One China” policy. This was reassuring to China, which had questioned whether the U.S. had changed its stance following a visit to Taiwan this summer by House Speaker Nancy Pelosi.

“And I made it clear that our policy in Taiwan has not changed at all,” Biden said, at the news conference. He added that the U.S. opposes unilateral change in the status quo by either side, “and we’re committed to maintaining the peace and stability in the Taiwan Straits.”

Xi stressed that peace and stability in the Taiwan Strait is incompatible with “Taiwan independence,” and expressed hope that the U.S. would abide by the “One China” policy and the Three Joint Communiques, the agreements the two nations made when establishing relations in 1972 to respect each others’ sovereignty and territorial integrity.

On the war in Ukraine, Biden told the press that he and Xi reaffirmed their shared belief that Russia’s threat to use nuclear weapons was totally unacceptable. This was not mentioned in the Chinese summary of their talks nor any news reports in China’s media.

Mahboubi said the differences between the White House readout and China’s summary reflected their contrasting priorities. For example, on human rights.

Biden raised concerns about China’s practices in Xinjiang, Tibet and Hong Kong and human rights more broadly at the summit according to the readout of their meeting from the White House.

In China’s summary, these issues were not included. Xi said freedom, democracy and human rights are the common pursuit of mankind and the consistent pursuit of the Communist Party of China, according to China’s summary.

Yet, both leaders emphasized that the U.S. and China must work together to address climate change, health security, global macroeconomic stability and other important global challenges.

Mahboubi cautioned that restoring positive relations between the U.S. and China will take more than just one high-level meeting. “There needs to be more very soon,” he added.

The two leaders agreed to empower key senior officials to maintain communication and deepen constructive efforts on the issues. Secretary of State Antony Blinken, for example, would follow up on their discussions in a future visit to China.

But those connections were broken mainly due to the pandemic, “We have lost the wider context for the relationship that can keep things more balanced, so it just puts much more pressure on these two individuals and that makes me nervous,” Mahboubi said.