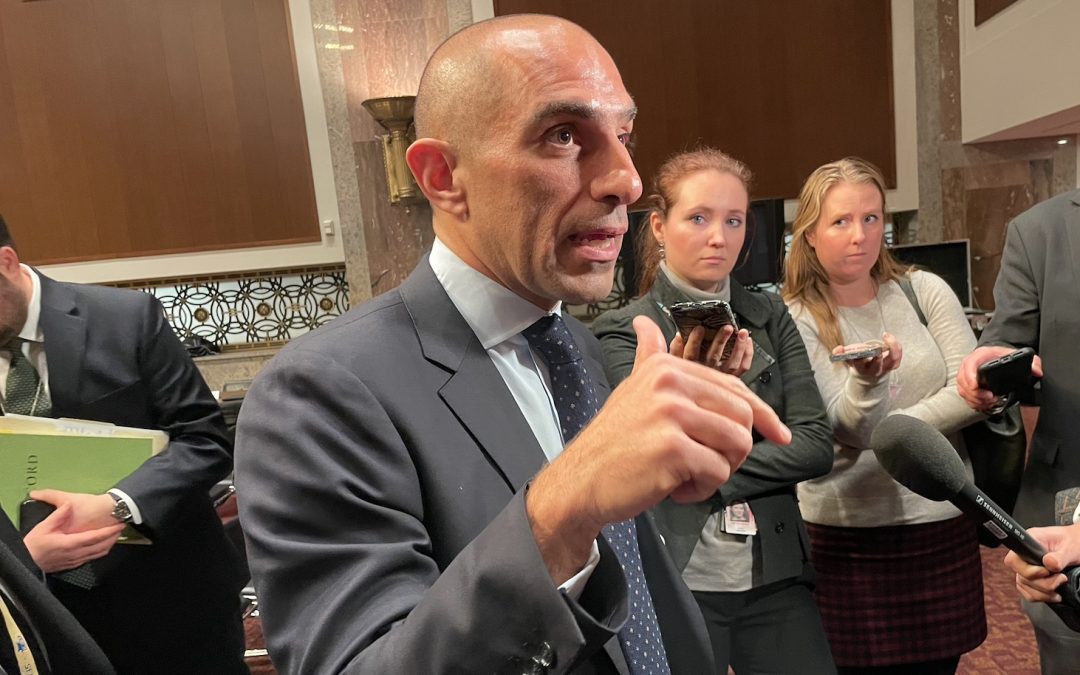 The story of FTX’s collapse is one of intra-office romantic entanglements, a prescient commercial by the company comically predicting its own demise, a stadium naming-rights deal gone sour, and an unintentional tell-all interview.

It’s also a story of Congress failing to adequately regulate an industry that grew to a total worth of about $3 trillion at its peak last year.

“Congress must act to pass legislation that will hold this industry to the same rules as traditional financial institutions and close gaping holes in our regulations. If we fail to meet this responsibility, consumers will continue to be harmed,” Democratic Sen. Debbie Stabenow (D-Mich.) said Thursday.

FTX was valued at $32 billion early last month before rapidly unraveling. The company filed for bankruptcy on November 11.

“At best, these events uncovered an alarming lack of internal controls and egregious governance failures. At worst, [former FTX CEO] Sam Bankman-Fried and his inner circle lied to and stole from over one million customers — some of whom lost their life savings,” Sen. Stabenow said during the hearing.

“I think what’s happened in the past couple of weeks is really going to reinvigorate folks in the new Congress to get something done as soon as possible,” he told reporters.

The commission is not able to investigate cryptocurrency exchanges unless they fall within its limited existing regulatory authority or the agency receives a whistleblower tip alleging fraud, Behnam said.

Behnam testified that LedgerX, a derivatives exchange owned by FTX and registered with the commission, remained solvent and responsibly managed thanks to regulation from his agency.

“John Ray [the new CEO of FTX] was very clear the CFTC-regulated entity is healthy, capitalized, and operational. That’s in stark contrast to the non-regulated entities,” Behnam said.

There is some debate over whether cryptocurrency should be regulated as a commodity or as a security. The distinction is arcane yet meaningful.

Responding to a question of whether there was a growing “turf war” between the agencies over regulatory authority, Behnam demurred.

He underscored the importance of involving all parties in trying to solve the multifaceted issue of regulating cryptocurrency.

“We talk about lending, we talk about securities, we talk about any number of functions that FTX did or others,” Behnam said. “That requires a whole slew of regulators within the U.S. and overseas to get together and put something, a framework, together that works for the entire industry.”

There is bipartisan support within the Senate for the bill. It has three Republican and three Democratic co-sponsors.

Members of the U.S. House also introduced a bill earlier this year that would grant additional regulatory authority to the Commodities Commission, and the House Banking Committee is scheduled to hold its own hearing about the FTX collapse on December 13.