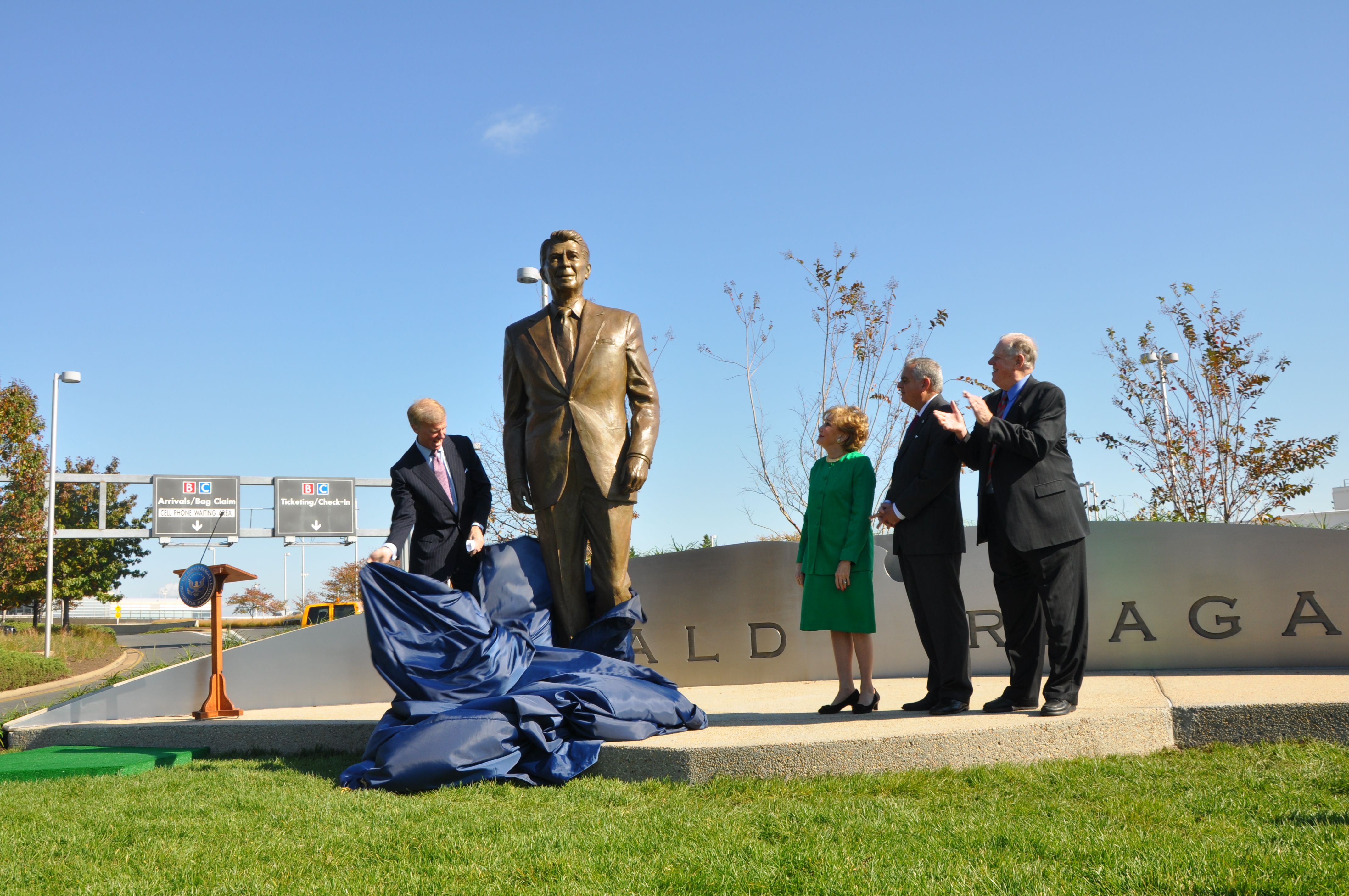 Reagan-era administrators look on as a nine-foot statue of the Gipper is unveiled. 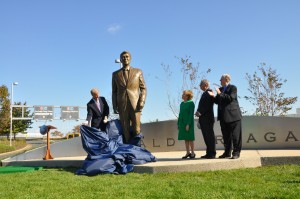 Reagan-era administrators look on as a nine-foot statue of the Gipper is unveiled.

A towering reminder of the Gipper’s aviation legacy, which included firing virtually all of America’s air traffic controllers, LED lights on walkways in airplanes and revolutionizing air travel by deregulating the airline industry, the statue was dedicated at a ceremony attended by Reagan-era dignitaries.

Dole said Reagan “just did what he had to do” in firing the striking air traffic controllers. It was a change that Burnley said allowed the administration to rebuild the system in away that fueled the industry growth to come: “Secretary Dole and I arrived 18 months after the strike. We rebuilt that system in a way that permitted the country’s air traffic control system to be safe and continue to grow,”

But that romantic image of an aviation hero isn’t shared by everyone.

“Though no major air born collision was attributed, the system operated with a smaller margin for error in the months after the firing,” McCartin said. “Consumer watchdog groups, such as Ralph Nader’s for example, made the allegation that Reagan made the system more risky.”

Valarie Trimarchi, a Metro-D.C. resident and daughter of a Pittsburg, Pa., steelworker who was at the airport during the unveiling said her recollection of what Reagan did is perhaps more like a scary flashback “It was devastating not only to the airline industry, but to labor in general.
You know, everyone loves Reagan, but they forget that he raised the debt ceiling 18 times and caused detriment to the labor unions,”

This is also not the last of these odes to the Great Communicator. With his centennial approaching next year, Reagan memorials are popping up from London to Budapest. The 900-pound statue was paid for by the Ronald Reagan Presidential Foundation through private funding.