‘Reporting Vietnam’ a gritty look at reporting the war 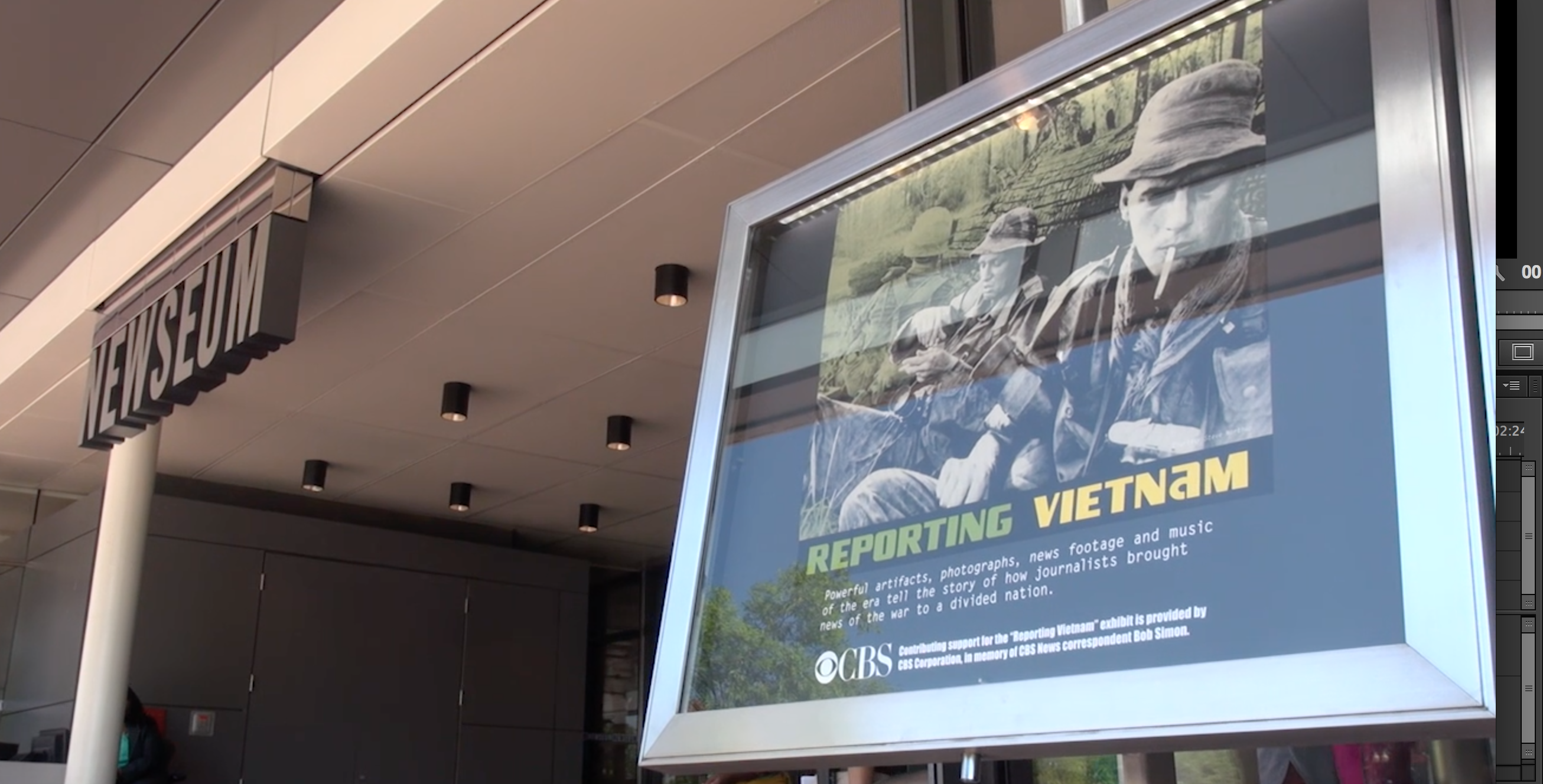 A new exhibit commemorating the 50th anniversary of the Vietnam War opened on Friday and will continues through mid September. (Andersen Xia/Medill)

Marking the 50th anniversary of the beginning of the Vietnam War, a new exhibit allows visitors to take a retrospective look at the war’s legacy through the lens of American journalists.

It opened Friday at the Newseum in Washington, D.C.

“With the exhibit,” said Curator Carrie Christoffersen, “we really hope that people will gain the better understanding of how and why journalists did what they did, how they brought coverage of the Vietnam War to a divided nation.”

Challenging perceptions of America’s first televised war, it considers the question, “Did the press lose the war?”

The answer was “no” for Neil Lakdawala, a student at Rutgers University in New Jersey.

“The media was not always just trying to portrait what the government wants,” he said. “I think they did a good deal of work to bring the truth to the light.”

For both Lakdawala and Christoffersen, the highlight of the exhibit was the collection of Larry Burrows, an English photographer known for his pictures of the war.

On display is a helmet found at the site of the 1971 helicopter crash in Laos that killed Burrows and three counterparts.

There also are iconic Pulitzer Prize-winning pictures that symbolized the brutality of the war, such as “Napalm Girl,” which triggered worldwide controversy over the image of a nude, screaming South Vietnamese girl whose clothes and flesh were burned off by napalm.

“What’s a better way to learn about Vietnam and the war than by people who were actually in the war,” Lakdawala said.

The exhibit, accompanied by the screening of an original documentary chronicling the war’s key moments, continues through mid-September.