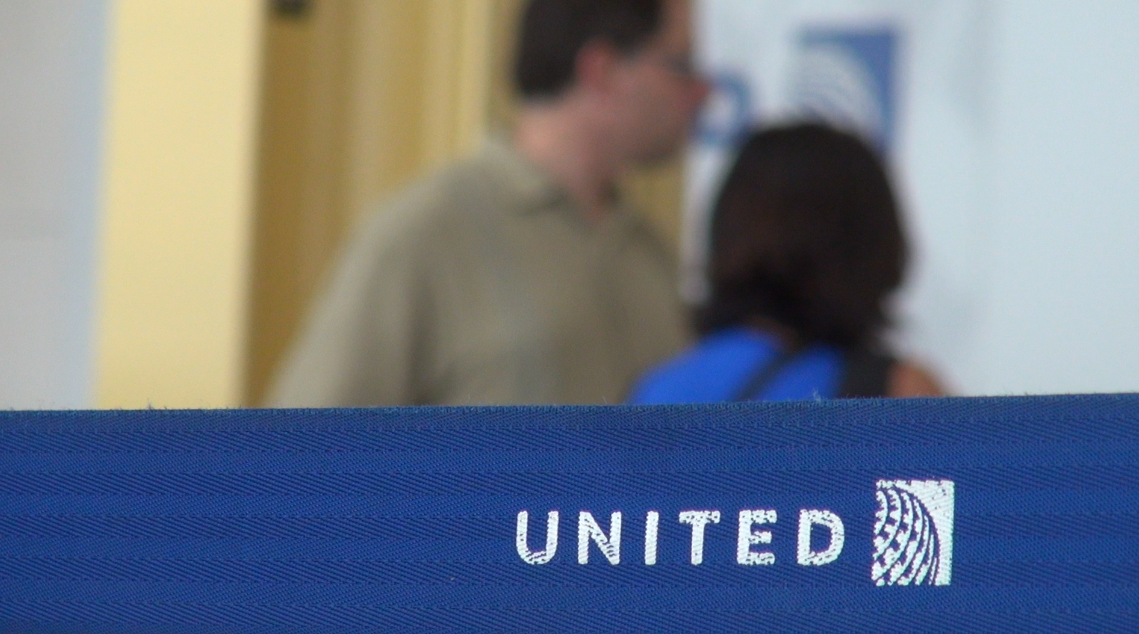 “We were sitting on the plane and the technology went down for all of United,” said Graham, who said he waited over two hours on the tarmac before passengers were allowed to get off the plane. “Everyone was pissed.”

Graham added he was thankful his flight was not in the air when the technology shutdown happened.

A technology executive from Washington, Graham missed the business meeting he was scheduled to attend because of delays associated with the flight grounding. To avoid long lines for flight waivers at Dulles, Graham rebooked another flight himself out of Ronald Reagan Washington National Airport.

“Because I guess that’s the best option. So I drove here and now I hope this flight’s on time,” Graham said.

Around 9:30 a.m. the Federal Aviation Administration’s air traffic control command center issued a ground stop for United flights due to an automation issue. Thirty minutes later, the FAA lifted the ground stop and said that that the automation issue had been resolved.

But the effects were already being felt in the flight cancellations and delays rippling across the country.

A contractor who handles baggage for United Airlines at Reagan and spoke on the condition of anonymity said gate agents for United wrote out tickets and luggage tags by hand while computer systems were down.

Customers in the United line at Ronald Reagan Washington National Airport said they were “absolutely concerned” about flying the same day as the massive glitch, and were skeptical that a computer glitch could have had such a massive effect.

“I was so nervous when I watched the TV and heard the news,” said Erica Gill, a D.C. resident in line to check in for a flight to Detroit. “But I don’t know about the computer glitch. I know they’re a major corporation. But they had enough connectivity to tweet out that they were delayed. I don’t know how much I believe them.”

In a statement, United confirmed this wasn’t a hacking or cyberattack, and said it would issue flight waivers for passengers affected by grounded flights.

“We experienced a network connectivity issue this morning. We are working to resolve this and apologize to our customers for any inconvenience,” a United spokesperson said.

At 8:43 a.m., United tweeted “We’re recovering from a network connectivity issue & restoring flight ops. We’ll have a waiver on united.com to change flights.”

Brynn Olson, a Navy public affairs officer whose United flight from D.C. to Houston was delayed an hour and a half, worried about the sensitivities of airline computer systems.

“I’m surprised that computers shut down the whole thing, but I guess that’s today’s world,” said Olson, who said she learned of the flight grounding and delays not from the airline, but from TV and radio reports.

“You’ve got a computer-based system, and everything’s done over electronics today, so it wouldn’t be unrealistic,” said Greg Bamford, a Marine helicopter pilot flying United to Alaska, about the computer glitch.

While the check-in lines for United at Reagan dwindled by midday, aviation experts said that delays could have a snowball effect triggering flight delays for other airlines, and that resuming normal operations may take 48 hours.