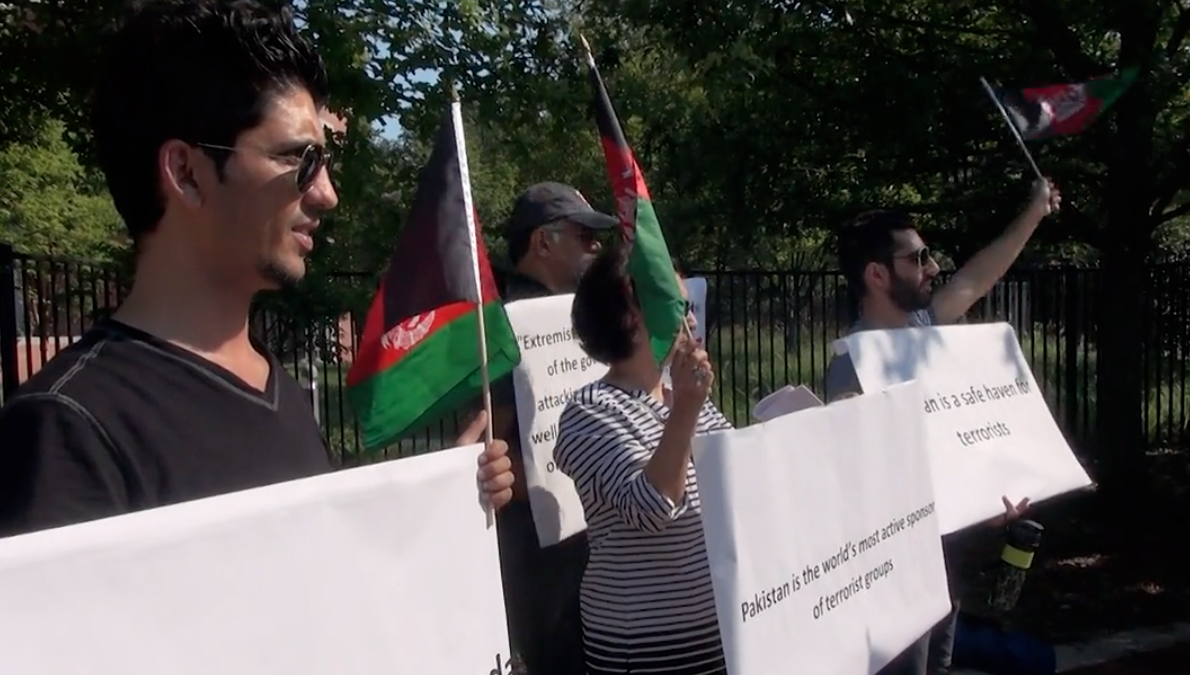 WASHINGTON – Afghan American protestors gathered outside of the Pakistani embassy in Washington, D.C. on Friday to call the United States to accountability for funding Pakistan’s ‘duplicitous regime,’ which they accused of harboring terrorists.

The protestors railed against Pakistan’s harboring of terrorists like Taliban leader Mullah Muhammad Omar. On July 29, Afghan officials announced that reclusive Taliban leader, not seen in public since 2001, died in a Pakistani hospital in 2013.

The crowd called for Congress to stop sending aid to Pakistan, which they said was diverted by Pakistan’s intelligence agency into the hands of the Taliban to carry out violent attacks on Afghani and Pakistani civilians and U.S. troops.

This year 4,921 Afghani civilians have died in the ongoing conflict, according to the United Nations. A new report released by the UN this month projects civilian casualties in 2015 are to reach record highs.

“We’re here today as Americans and as humans, because we’re fed up with Pakistan’s duplicitous regime, where we’re giving U.S. tax dollars to kill our own U.S. servicemen and women. To kill innocent Afghans and Pakistanis,” said Nawa Arsala, a protester and law student from Fairfax, Va.

“As humans, we’re tired of the indiscriminate and merciless killings in Afghanistan and Pakistan and of Americans there,” she said. “So that’s why we’re here, on Pakistan’s national independence day. We’re here to ask the Pakistani government: Why?”