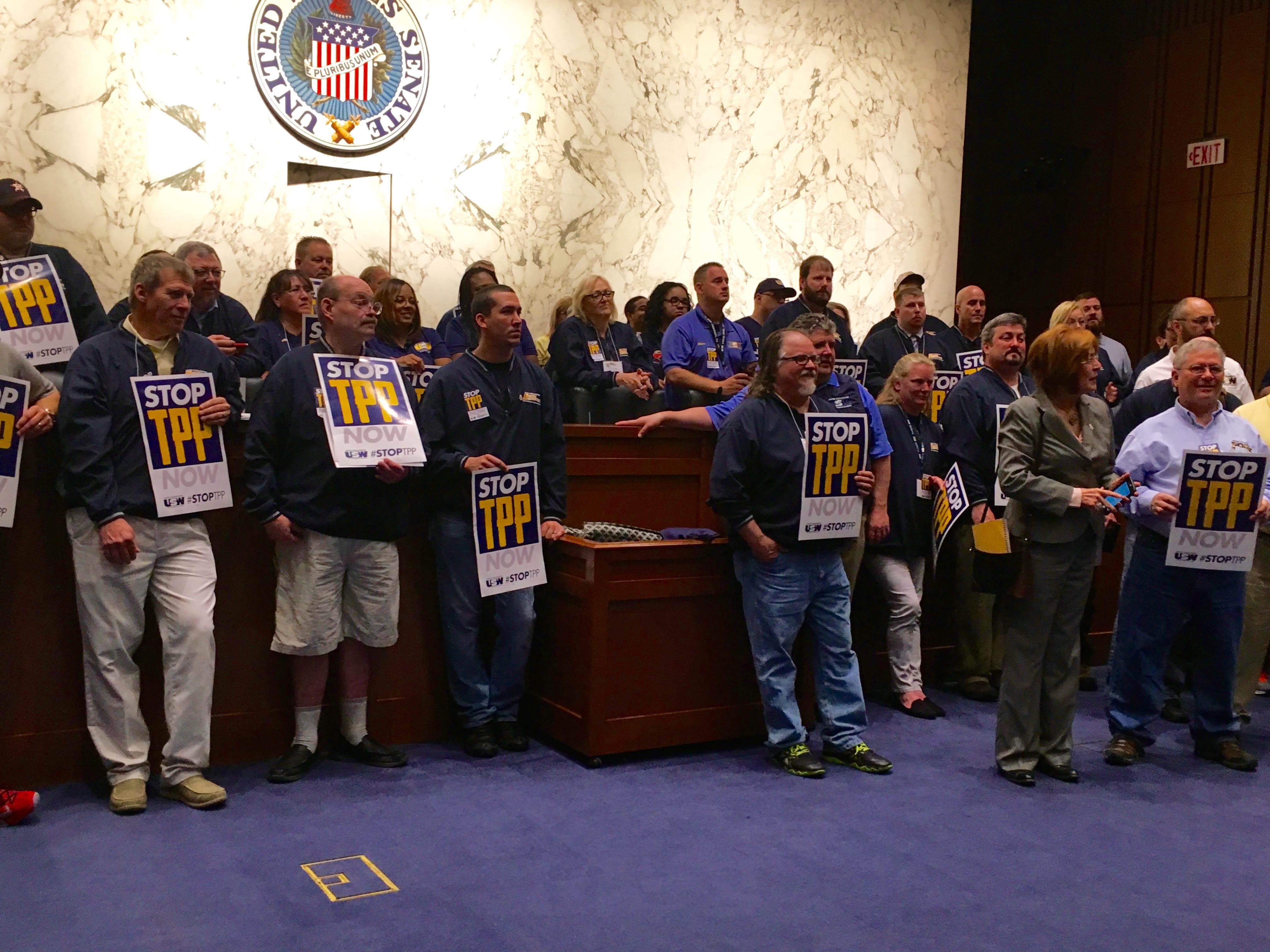 “They say that the American worker is too expensive to compete on that global level,” said Vonie Long, a fourth-generation steel worker from Reading, Pennsylvania.

In the last 20 years, U.S. steel and aluminum industries have suffered significant job losses and plant closures. A union leader said workers want a president who would do something to remedy flaws in international trade deals.

“I think you judge these people not by what they say they going to do, but what they are doing,” said United Steelworkers Vice President Tom Conway at the USW 2016 Rapid Response and Legislative Conference in Washington.

He said United Steelworkers union is waiting for the end of the primary campaign before endorsing a candidate. But its Indiana chapter has endorsed Sanders of Vermont for president.

Union members went door to door on Capitol Hill, urging lawmakers to reject the TPP trade agreement. Many senators and House members expressed their opposition to the deal.