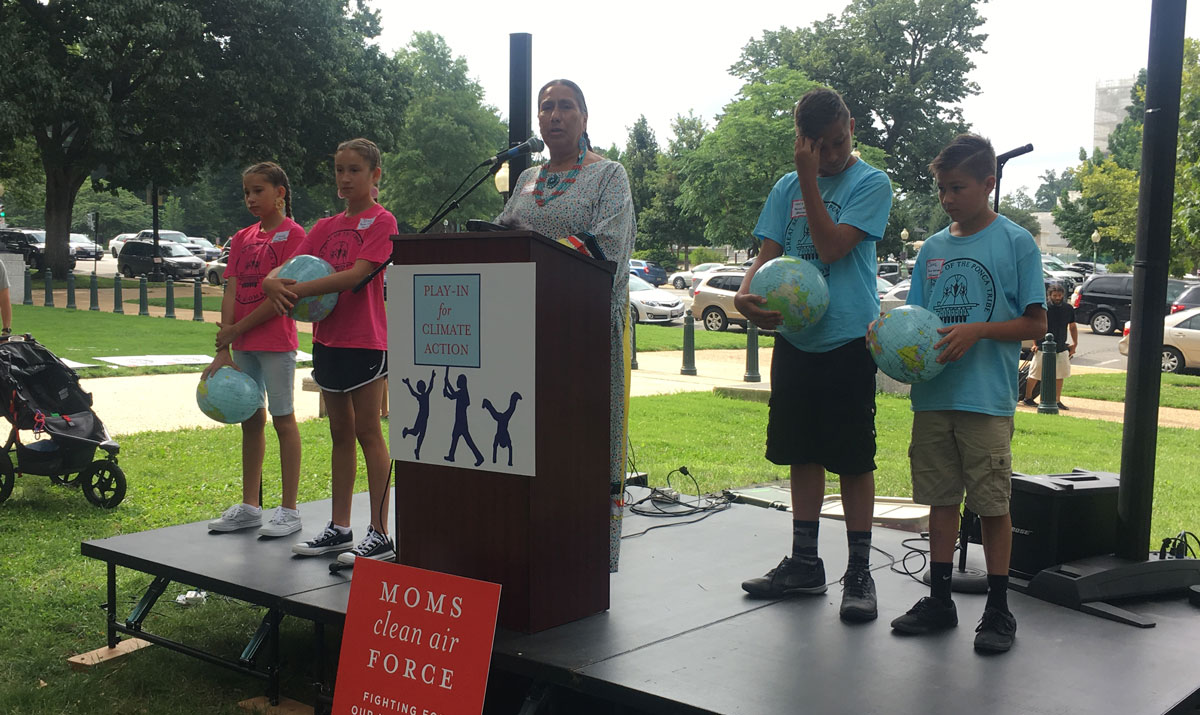 “We are all gathering to show a force of solidarity and connection to clean air and a healthy environment for children,” said Kelly Nichols, of Moms Clean Air Force, the New York group that organized the event. “Hopefully, our red shirts and a huge number of us will bring attention to how important this cause is and how it relates to climate change.”

The activists urged Congress to take action to slow climate change, and to boost renewable energy as an alternative to pollution-producing fossil fuels.

Different from a traditional sit-in protest, this “play-in” featured children’s activities, such as puppet showsand hula hooping, which gave some quality parent-child time and also an educational opportunity for the kids to learn more about the warming planet they will inherit.

“He (her child) starts to understand the little things that everyone can do to help the environment,” said Rachel Usdan of Washington, who has been teaching her four-year-old son about the concept of recycling and conservation. She insists that he turn off the tap when brushing his teeth.

High school students also took part in the unusual demonstration. “Youth voices are often overlooked,” said Shania Santana, 17, from Chicago Youth Alliance for Climate Action. “Because of social media especially, teens have the tools necessary to spread the word and to be able to be active.”

Sen. Tom Udall, D-N.M., joined the demonstrators.  “I’m one that believes this is probably the biggest problem we face in terms of world, in terms of the planet,” Udall said. “So joining with them to try to pull everybody together and make it happen. That’s what I want to do.”