In stunning—and pretty much unexpected—fashion, Simone Manuel, 20, became the first African-American woman to win an individual Olympic swimming gold medal when she triumphed in the 100-meter freestyle Thursday night at the Rio Olympics

Manuel tied with Canada’s 16-year-old Penny Oleksiak, and the pair now own the Olympic record, finishing with a time of 52.70. A Stanford University junior and member of the silver medal-winning 4×100-meter freestyle relay team from last Saturday, Manuel wasn’t considered a favorite in the race. But she shot out from the middle of the pack in the last length to beat the top contender, Australia’s Cate Campbell, by about an arm’s length.

Several black swimmers have won medals for the United States, including Brooklyn native Lia Neal, who won a relay bronze at the London Games and a relay silver in Rio, and gold medal-winning men Anthony Ervin and Cullen Jones. However, the highest levels of the sport in America are predominantly white, and no black women had even made a U.S. Olympic team until the 2004 Athens Games, when Maritza Correia won a silver medal as part of a 400-meter freestyle relay team.

“This medal is not just for me,” Manuel told NBC after the race, fighting back her tears. “It’s for a whole bunch of people who have come before me and have been an inspiration to me—Maritza [Correia McClendon], Cullen [Jones]—and it’s for all the people after me who believe they can’t do it, and I just want to be an inspiration to others that you can do it.”

I am so proud of @simone_manuel First African American female to get a GOLD medal. Amazing #TeamUSA

At the halfway point of the race, Manuel was third by .47 seconds, behind Cate Campbell and her sister Bronte. But when the Australian siblings faded away, Manuel capitalized.

She touched the wall not knowing she won the race, in which first and eighth places were separated by just .66 seconds. When Manuel realized she touched first, her jaw dropped and she did a double-take, as if to make sure she read the board right.

Now you know you big time when you are at the top of #TwitterMoments @simone_manuel pic.twitter.com/3Bb9bNw500 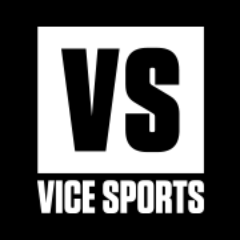