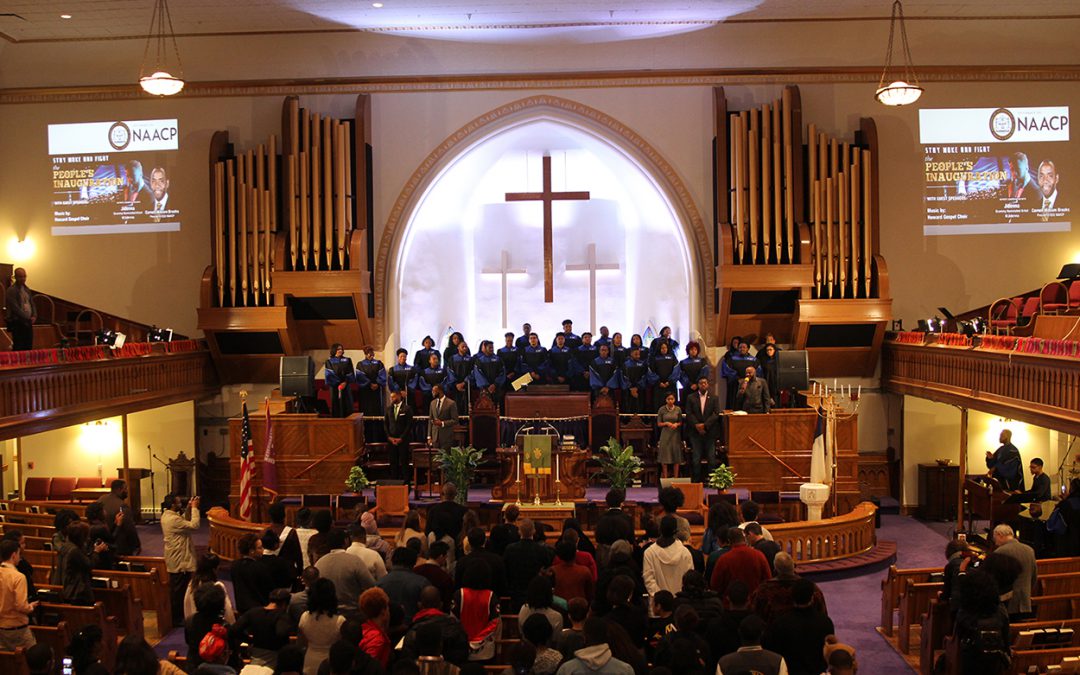 WASHINGTON — Guinevere Thomas and her high school friends decided to take a quiet moment at church to reflect upon the day before joining hundreds of thousands of people converging on the Women’s March on Washington.

Thomas and her friends were among about 100 people who gathered at the downtown Metropolitan African Methodist Episcopal Church to attend the People’s Inauguration, hosted by the NAACP Youth and College division. Organizers said they sought to launch a new era of activism against threats to voting rights and civil rights. 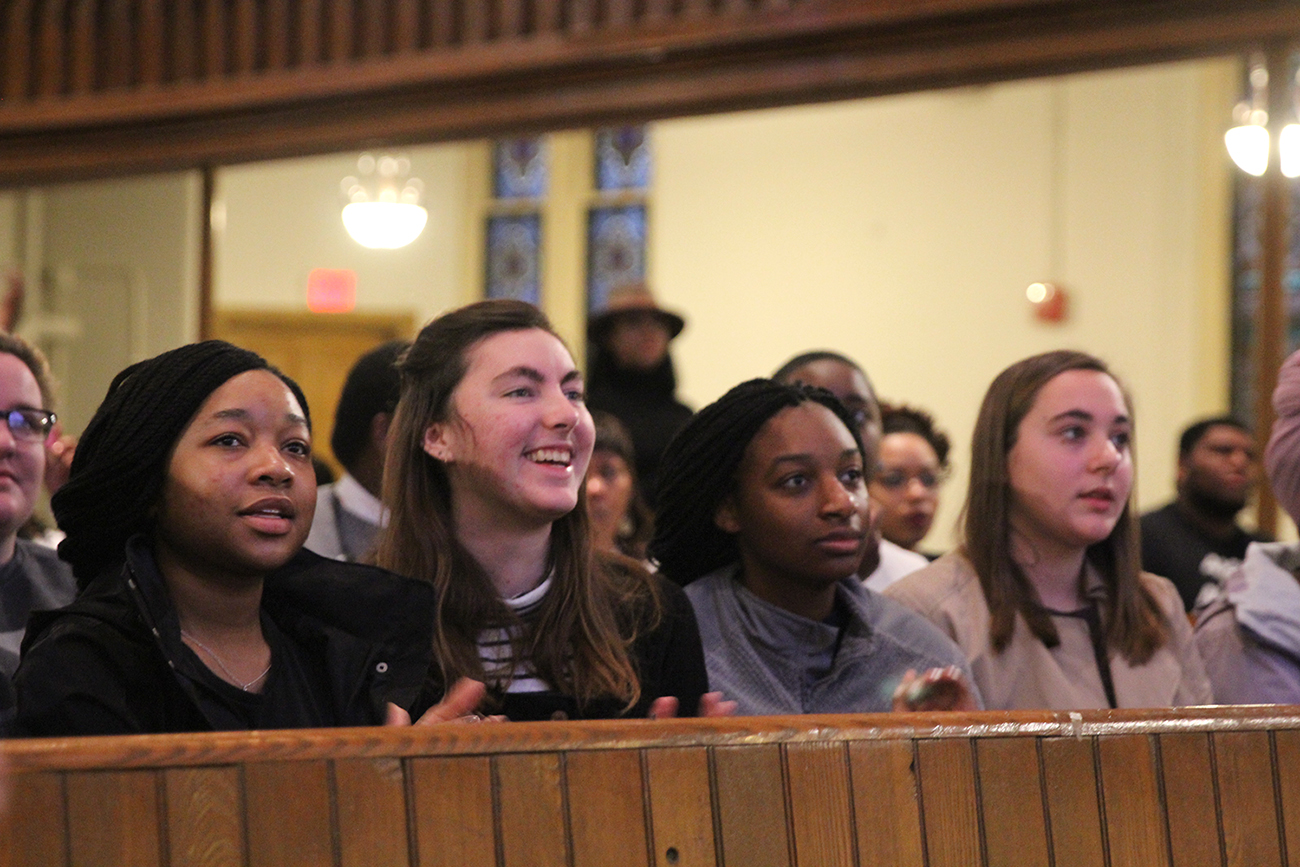 Thomas wore a black t-shirt emblazoned with the faces of Barack Obama, Rosa Parks and Martin Luther King, Jr. and two pins with a black power symbol and King’s declaration: “I have a dream.”

She said that she wanted to make sure that the full range of women’s issues are addressed at the march. “Women’s marches tend not to align with Black Lives Matter and black issues,” and it is important to advocate for the rights of all groups, she said.

President Donald Trump, who was sworn into office Friday, was widely criticized for xenophobic, misogynistic and alleged racist statements during his presidential campaign. Thousands of people protested in Washington on the day of his inauguration, and the Women’s March, promoted as a platform for the rights of women and other minorities, attracted hundreds of thousands in the capital, other U.S cities and around the world.

“We wanted to let this new administration know that we’re not going to lay down—we’re going to agitate,” said the Rev. Moya Harris, 46, the church’s executive minister.

There was an electric atmosphere in the church, which is well known as a historic sanctuary—it served as a stop on the Underground Railroad and legendary abolitionist Frederick Douglass spoke from its pulpit in 1894. President Obama and his family sometimes attended Sunday services at the church. 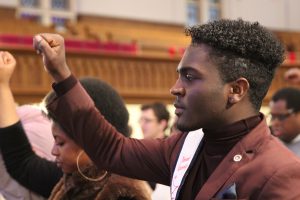 Durmeric Ross, 18, said he joined the People’s Inauguration to send a message that he rejects any hatred, from the highest office to the lowest office in the land. (Maryam Saleh/MNS)

As the Howard University gospel choir performed, political science student Durmeric Ross, 18, stood tall and waved his arm along with the music.

Ross said it was important for him to attend the People’s Inauguration before moving on to the Women’s March. “I want to stand in solidarity with the NAACP and with youth all around the world upset with a president who ran a campaign offering the worst of America,” he said. “Trump threatens the progress of the [African-American] community.”

Symone Sanders, a CNN political correspondent; Stephen Green, NAACP youth and college director; and Jidenna, a Grammy-nominated rapper, spoke on a panel about the role of black activism when voting and other civil rights are under attack.

The key is resistance through nonviolent direct action, said Green, who was arrested in Alabama this month during a sit-in at the office of Sen. Jeff Sessions, Trump’s pick for attorney general.

His message resonated with the mostly millennial crowd.

“We took Martin Luther King for granted,” said 19-year-old Maya Nunez, who graduated from the Ann Richards School for Young Women Leaders in Austin, Tex., with Thomas. America’s youth need to continue the struggle of the civil rights activists of the 1960s, she added.

Sisters Georgia and Meredith Oldham, who attended high school with Thomas, said the election served as a “wake-up call” that reminded them of the need to build bridges across the racial divide.

“We realize now how important it is that we voice our opinions, not just for ourselves but for all the people we can speak for,” said Meredith Oldham, 18. “To not use your voice is almost selfish,” she said.

Her friends nodded their heads in agreement.