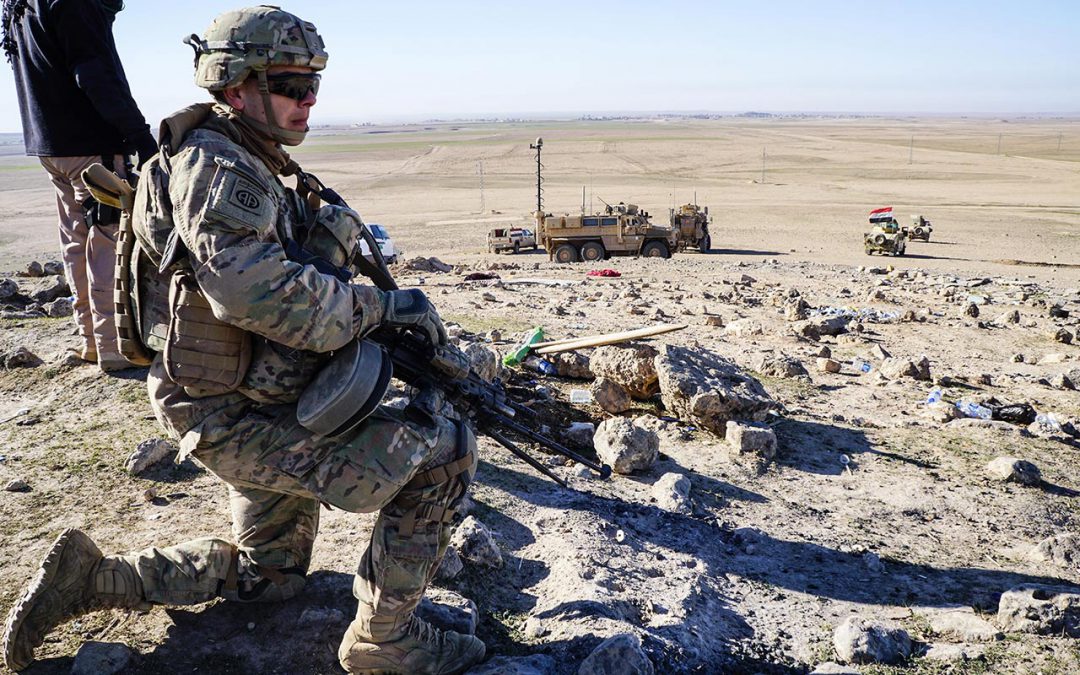 WASHINGTON–The two top U.S. generals in charge of military operations in Africa and the Middle East told the Senate Armed Service Committee on Thursday proposed budget cuts at the State Department could hamper the joint departmental effort to fight extremism.

The Trump administration, in its budget proposal for 2018, announced last month a plan to cut nearly $20 billion from the State Department and the U.S. Agency for International Deveopment, reducing it by nearly 37 percent while dramatically increasing military funding.

The committee members called on Waldhauser and Army Gen. Joseph Votel, head of United States Central Command, with responsibilities for the Middle East, and questioned how the Trump budget cuts would affect their operations.

Several key Republicans and retired military officials have spoken out against the cuts, arguing that they would reduce so-called soft power undermining U.S. national security.

“ISIS will be celebrating,” said Sen. Lindsey Graham, R-S.C., because the “U.S. cannot win the war if we ‘gut’ the State Department budget.”

Warren asked the generals: “[Are] the acts of the State Department and other civilian agencies [in these regions] are a waste of time and money?” Both men said no.

Votel and Waldhauser said the military could not succeed in its mission to combat extremism without the State Department and USAID.

“Together, we work to address the root causes of violent extremism, lack of accountable government systems, poor education opportunities and social and economic deficiencies,” he said.

In Somalia, corruption and famine have left the country vulnerable to extremist groups like Al Shabab and the Islamic State “making inroads,” Waldhauser said.

Boko Haram is still active in Nigeria, and Islamic State-related groups have emerged in other western African countries.

Diplomacy and assistance should focus on the youth bulge in Africa, said Waldhauser, who called demographics one of the biggest challenges.

About 40 percent of the continent’s population is under the age of 15, according to a 2015 report from the United Nations Economic Commission for Africa.

The United States should work to create economic opportunities, Waldhauser said, which would stop extremist groups from exploiting the vulnerabilities of young men in the region.

“[The U.S.] could knock out Boko Haram tomorrow, but the reason people joined the group is because they needed a job,” he said. “They needed a livelihood.”

Votel agreed with Waldhauser that the military must work with the “soft power” of diplomacy and development aid.

“No other country in the world has a military with a greater ability than the U.S.,” Votel said. “However, a solely military response is not sufficient. We must continue to look for ways to further enhance our effectiveness.”

Warren said she was confident that the United States would be able to defeat the Islamic State, but asked Votel about Syria after that. “We need to be careful that we don’t create an environment that breeds the next generation of extremists [in Syria],” she said.

He said the State Department would have a crucial role in establishing many of those programs.

Ultimately, the generals both said that despite U.S. military might, diplomacy and foreign aid were still required.

“We can knock off all of [the Islamic State] and Boko Haram this afternoon, but by the end of the week, those ranks would be filled,” Waldhauser said. “I’m not the first to say we can’t kill our way to victory.”