WASHINGTON-The best thing the government can do for the space market is simple: continue funding foundational science while leaving room for commercial industry to grow, according to aerospace industry experts.

At the 6th annual Future Space 2017 event on Capitol Hill Thursday morning, industry leaders shared their thoughts on what’s next for developing commercial markets off-earth for the public and private sectors.

“The government’s role for commercial space is not only to open new markets but to drive technological advancement,” said Lori Garver, former NASA deputy administrator and current general manager of the Air Line Pilots Association. “What better way to advance space than to open new markets?”

Jeff Bezos’ private-sector aerospace company, Blue Origin, wants to have people live and work in space. In order to incorporate space markets as part of life on earth, the government needs to “be a partner rather than a barrier,” said Erica Wagner, business development manager, Blue Origin.

“When you start to look at who is launching into space, who is using space as an environment for research and development, for education, for manufacturing, a lot of that has been anchored by the government,” Wagner said. “How do you start to increase the size of that pie? If we continue to slice up the government pie smaller and smaller, we don’t have an economy. What we need to do is bring new pies to the table.” 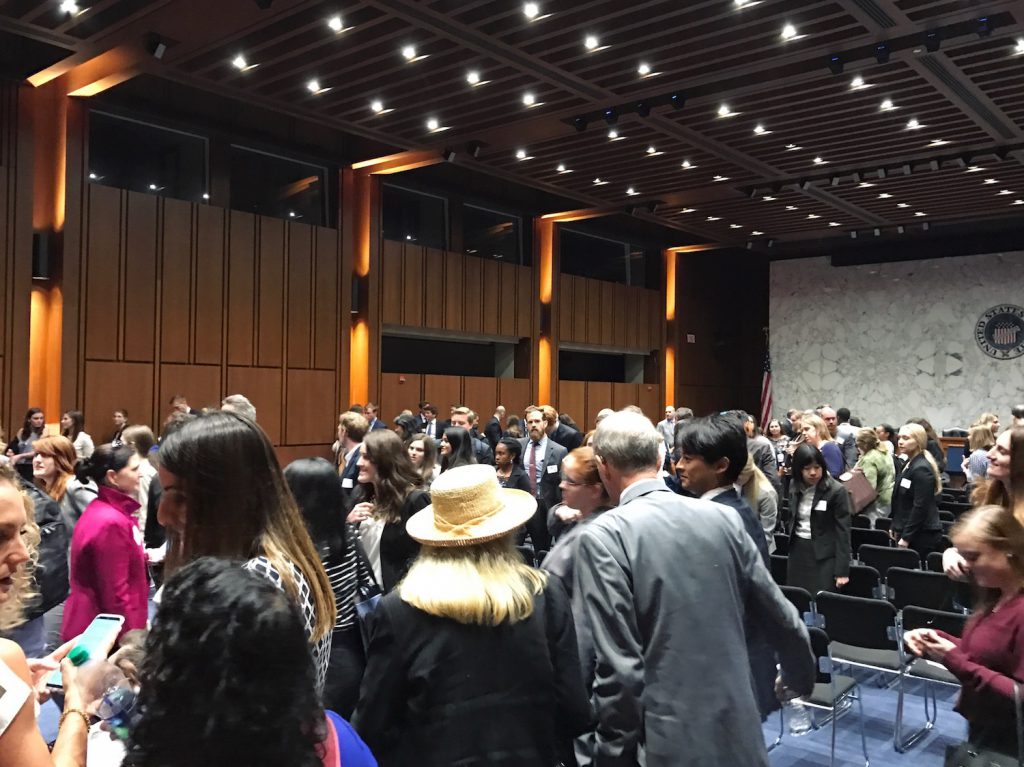 Former astronaut Michael López-Alegría agreed that the government’s role should be more about creating the foundations for future space markets. America needs to “democratize access to space,” he said, especially since NASA currently decides which companies can use the International Space Station.

López-Alegría emphasized the need for a commercial space station, citing space tourism, research, testing deep space systems, education, outreach and advertising as possible revenue streams for the proposed station. When asked about future commercial successes of the ISS, he said: “retire it.”

“There’s a lot of technology that needs to be developed, and that will happen,” López-Alegría said. “The thing that we can influence in this city is the government. From a regulatory standpoint to get out of the way … [and] build a structure that removes risk from a business standpoint.”

Brad Cheetham, president and CEO of Advanced Space and one of the event’s organizers, added that the commercial space market should work with the energy industry, given that globally close to $2 trillion is spent on energy development.

In addition to accessing other earth-based markets, the space market needs to further develop in-space manufacturing and utilizing space-based resources.

“That gives us a foundation for developing a long-term commercial market where … we’re not fighting over the crumbs of the existing government market,” Cheetham said.

From a policy perspective, Cheetham also said he wants the government to set the industry up for commercial success.

“I’d love to see a concerted policy effort,” Cheetham said. “[To] create that environment that fosters opportunities that the government can buy, but also that other[s] can invest in.”